Derek Rogerson: happy to have been caught by a "vampire"! 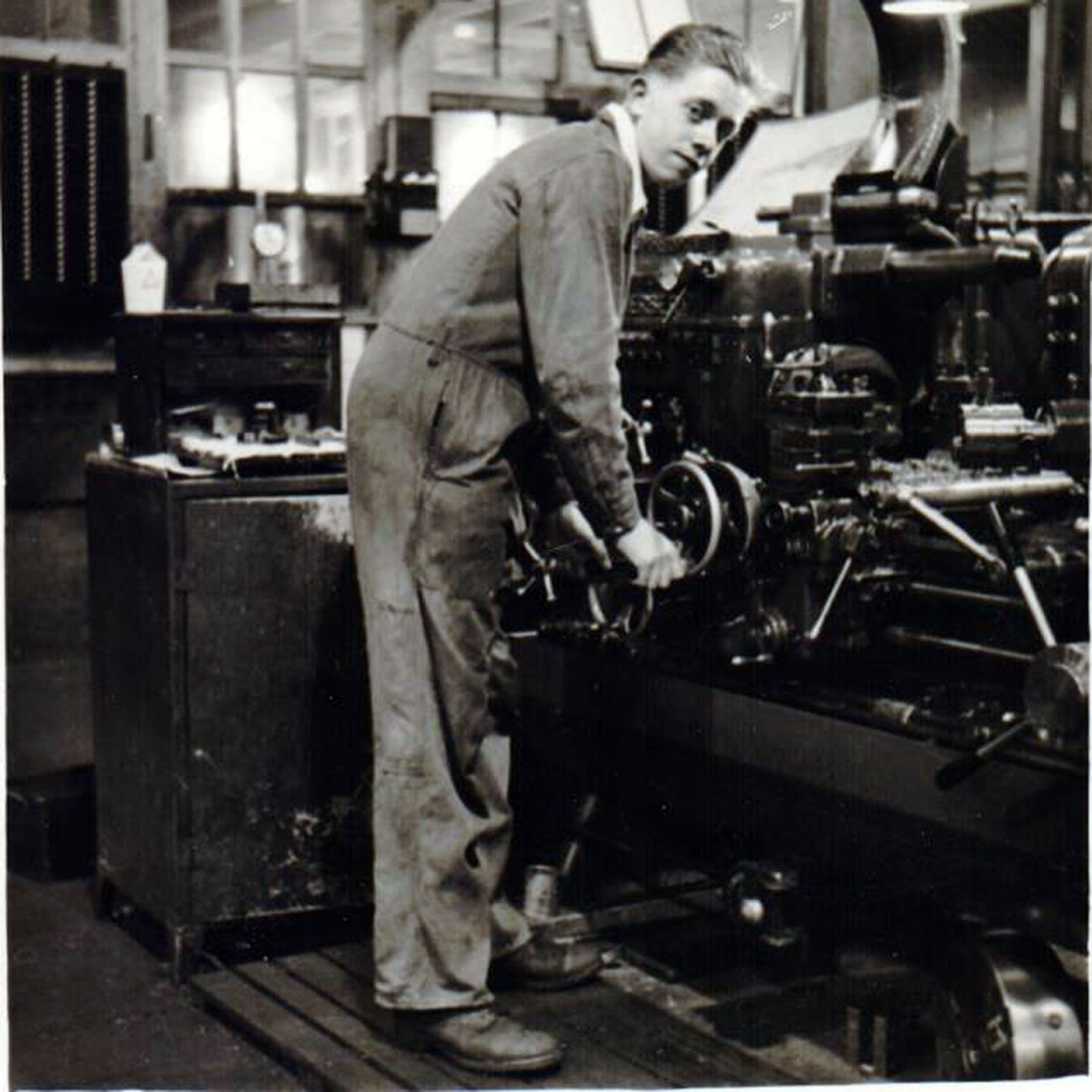 I remember well that first time I was coerced into giving blood. It was in 1955. I was an apprentice engineer at Leyland Motors and had just turned 18 when the 'vampires' (blood donation nurses) paid their annual visit to the factory in search of 'victims'.

(Picture: Derek at the age of 18 as apprentice engineer)

I have to admit that at this particular time in my life I was not keen at all at the thought of giving blood and as the nurses came our way, I dodged behind a large waste bin. Just when I thought the coast was clear, a voice whispered in my ear, "Have they gone?"

"Yeah, I think so," I replied, turning to see who had spoken to me. Imagine my horror to find it was one of the nurses, clipboard in hand, waiting to take my details. Having been caught so embarrassingly, I hadn’t the nerve to refuse – and she was such a pretty nurse as well.

And so, the die was cast and after realising what a straightforward, painless and rewarding exercise it was to donate, I have been a fairly regular donor since, apart from a few enforced breaks due to a variety of medical issues over the years.

When I turned 70 in 2007, I believed that my donation days were over. However, within 12 months or so I was informed that the age limit had been lifted and so once again I was able and proud to continue giving what I believe is one of the greatest gifts.

On reaching my century of donations I was informed that my platelet count was high and would I consider making the switch from whole blood to platelets. I was dubious at first, mainly due to the travelling involved, but when I learned how many people, particularly children, could be treated with just a single donation – well, having three grandchildren and four great grandchildren, the decision was an easy one to make.

It is rather sad to learn that less than four per cent of the population are regular donors and yet over 25 per cent of us will require some form of blood product during our lives. As the editor of a local online magazine called the Bamber Bridge bulletin, I have created a page that I hope will allow the readers to learn for themselves the importance of being a blood donor. From the correspondence that I have received due to this feature, I am happy to report that a number of people have put themselves forward as donors for the first time.

I don’t know if its psychological or a medical fact or not, but I can honestly say I always feel much better after donation – long may it continue.

From my conversations with friends and colleagues who are reluctant to become donors, I find that there are some reasons given freely such as "I haven’t got the time" or "I had a health problem once and don’t think I could donate".

To the first I always counter with "And if you required a transfusion, how would you feel if you were told that they hadn’t the time to administer it?" To the second I tell them that in many instances this may not be the case and give them the telephone number or email address of NHS Blood and Transplant so that they can check whether they are eligible or not. 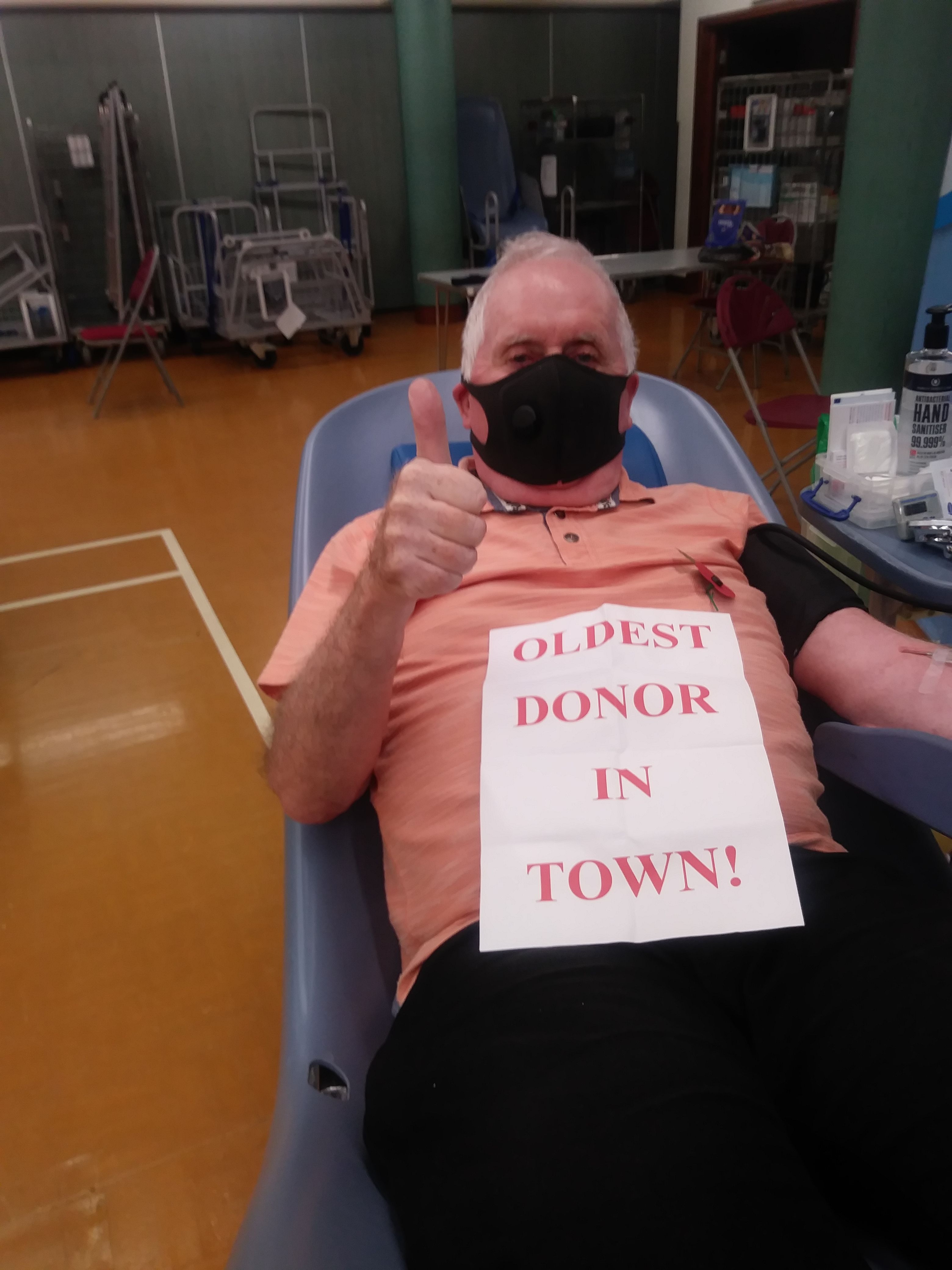 However, I believe that the three most significant reason that so many are reluctant to admit to is (1) fear of needles, (2) the sight of blood and (3) the irrational fear that donating blood can somehow affect their own health. Needle fear is tricky but I would encourage people to face the fear. On the other points I’d say that modern day needle insertion is virtually painless, and if you are healthy then there is no risk to your health from donating blood. I believe that if these fears could be addressed and overcome there would be many more people willing to donate.

At 83 I think I am probably one of the oldest donors and while I continue to remain in good health I shall certainly keep donating. I’ve reached 187 donations and to get to 200 would be nice! I don’t know if its psychological or a medical fact or not, but I can honestly say I always feel much better after donation – long may it continue.

So, I will always be grateful to that young nurse who found me behind the waste bin and set me on the road to becoming a life-saver.