This is Peter Hearne's story about his journey to achieving 770 credits for his donations. 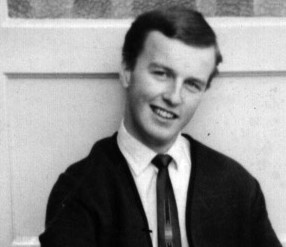 In 1966, the year England won the football World Cup and the first British credit card was launched, an advertising campaign was running that said giving blood saves lives. Tony Hancock’s famous TV episode “The Blood Donor” had been first broadcast on my birthday a few years earlier and had stuck in my mind. Could I give an armful? Did I want free tea and biscuits? Should I become a blood donor? It seemed like a good idea at the time, so I did.

(Picture: Peter in 1966, around the time of his first donation)

Twenty years later the blood service decided to become self-sufficient in obtaining Factor 8, used for treating haemophiliac patients, so embarked on a campaign to recruit plasma donors. It meant more commitment, giving once a month, but you still got free tea and biscuits. Should I become a plasma donor? It seemed like a good idea at the time, so I did.

Over the years many people close to me have benefited from donations like mine. Even more people who I will never know have also benefited.

Some years after that, as the science and the technology developed, it became possible to separate out platelets during donation. This made it easier to harvest supplies of this precious component that’s used in many life-saving treatments. So, the blood service started recruiting for this latest development. It meant even more commitment, but you got more free tea and biscuits, sometimes chocolate ones. Should I become a platelet donor? It seemed like a good idea at the time, so I did.

Now, more than 50 years after my first donation, and more than a little flattered that my blood or plasma or platelets are still wanted, I can look back and consider if it was worth it. Over the years many people close to me have benefited from donations like mine. Even more people who I will never know have also benefited. Some have been helped during their treatments; others will have had their lives saved.

So being a donor no longer seems like a good idea, it definitely IS a good idea!