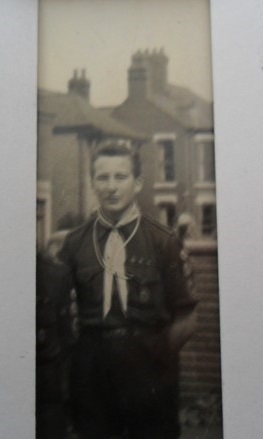 It was on a dark, wet October night in 1958 that I made my first donation at the clinic in Nuneaton. I had cycled some three miles to get there but was determined to give it a go. It seems like a very long time ago now.

I was underage to donate voluntarily and had to get my guardian’s consent - my mother had died two years previously. I was living with my guardian and cousin at the time and my older cousin was a regular donor, so it was perhaps natural that I took an interest.

I was one of the last donors at that evening session and remember feeling woozy after I had donated. I was sat on a chair with my head between my knees for a while until I was feeling better and able to cycle home. This did not put me off and so I have continued to the present day.

(Picture: Brian a few months before he first donate)

There were donor sessions when I was at college in 1963/64 and once, when I was on holiday in Devon, there was a session going on in a local church hall so I popped in.

Of course, things have changed over the years. In the past you didn’t have a questionnaire to fill in, you received an invitation in the post and turned up and waited your turn. You had a little book and each time you donated you were given a sticker to put in the book. The blood test was taken from the lobe of your ear, not your finger; you looked a right Charlie with a piece of cotton wool stuck to your ear when you left the session!

It has been unfortunate that over the years, there have been many occasions when I have been turned away because my haemoglobin levels were too low; my daughter is exactly the same. My tally would have been over the 150 otherwise.

I still cherish the goblet and decanter given to me to mark the different (donation) milestones on the road and the meal that was put on for a group of long-serving donors. 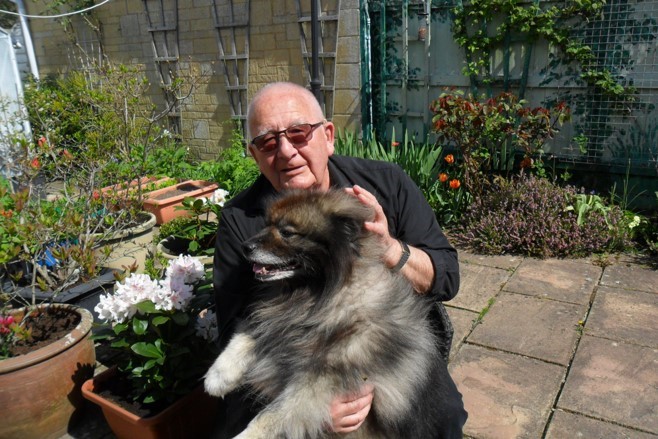 When I went to give my 100th donation in Cirencester, Gloucestershire, there was a photographer there. I never did see the photograph but Jacquie, the nurse who was photographed with me, often reminds me of the occasion. I was also given a goody bag containing a slate coaster, a pair of cufflinks with my blood group on and a leather wallet that I still use today.

It was Jacquie who attended to me on my last donation in March in Cirencester. Before going, I had made up my mind that whatever the outcome it was going to be my last donation. I thought, I am 83 I’ve done my bit, then I saw Jacquie and I have booked in for the next session.

(Picture: Brian and his dog Kasper the Keeshond)