I made my first blood donations whilst serving with the Royal Air Force in Malta where I was stationed between 1957 until 1960. We would be taken to the David Bruce Naval Hospital at Mtarfa.

I don’t particularly remember the first time, bearing in mind it was 65 years ago. I do remember lying flat. The main incentive was getting a bottle of the local Maltese beer, Hop Leaf. Nowadays of course you are told not to drink alcohol after a donation, but it did not appear to do me any harm!

(Picture: Brian serving with the Royal Air Force in Malta)

I returned to England in 1960 and left the RAF. The jobs I had did not allow me to make as many regular donations as I have done since I retired. Now aged 83 I have made 130 donations and will continue as long as I am fit enough. I often get told I do not look my age and I say it's due to giving blood regularly. Doubt if this would be allowed as an advert!

I think the donation that stands out is the one a month before my 70th birthday which I thought would be my last. I actually have a certificate thanking me for giving blood over the years prior. Just before Christmas the same year I received a phone call asking if I would like to continue donating. I pointed out that I was 70, but I was told that as a result of a meeting the previous day it had been decided that if those over 70 were in good health and wished to continue to donate, they could. I did reply that they had not wasted much time and that I would continue and have done ever since.

I keep donating as I think that it’s like having a heath check three or four times a year. 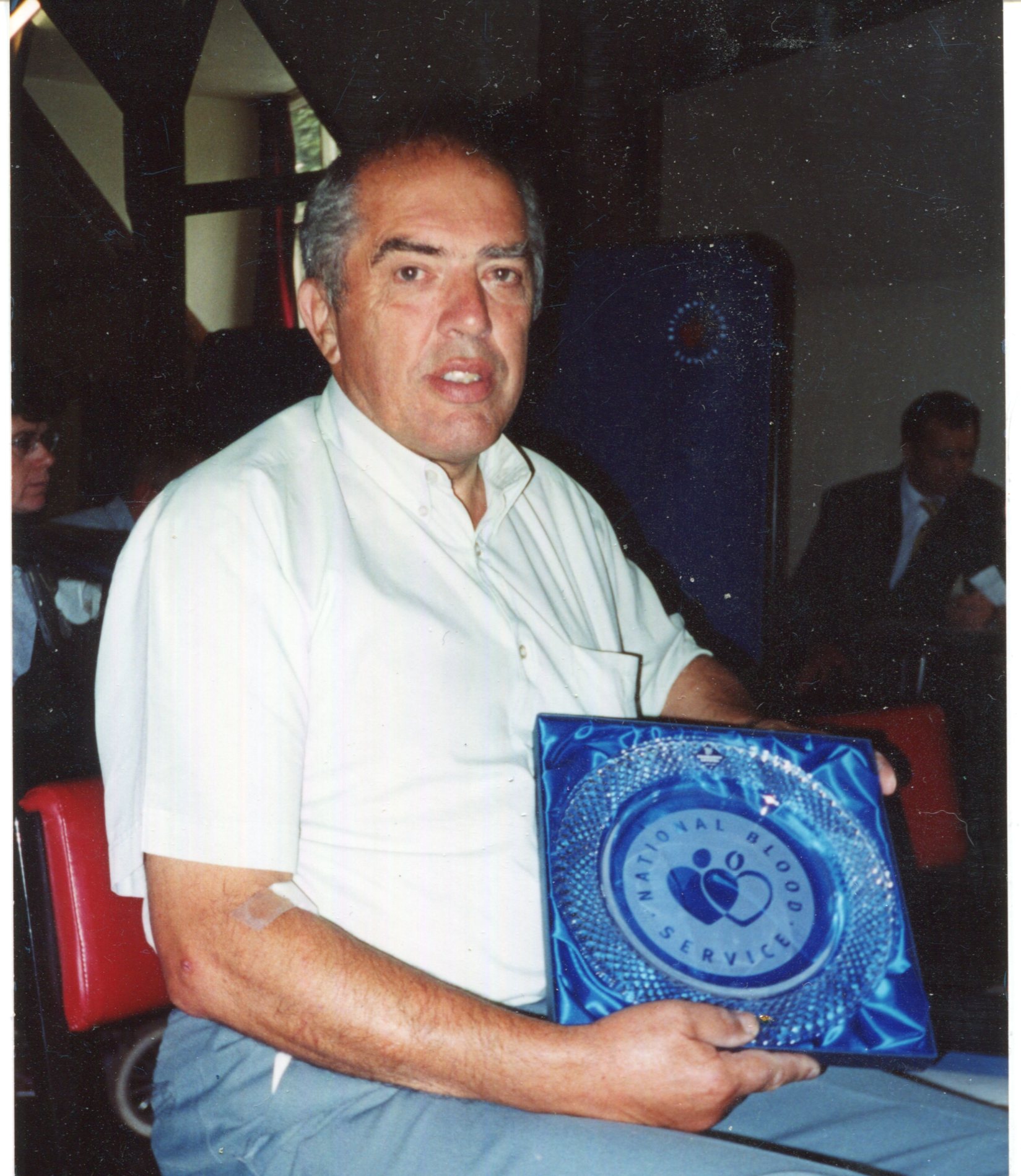 Donating during the pandemic has been the same apart from added precautions, although the venues seem to be fewer. I keep donating as I think that it’s like having a heath check three or four times a year.

My main hobby is my computer which I have used to research my ancestors and also those people whose names appear on some of the war memorials in Hampshire, in particular those on the memorial at Old Basing Church. I am a member of Old Basing Royal British Legion and was tasked in 2014, as part of commemorating the start of WW1, to research the names on the church memorial. As a result, a book was published with all their details: where they lived in Old Basing and where they are buried, together with the photos and details of the fete we had at that time.

My son started donating whilst he was an apprentice at Smiths Industries and after just over 30 donations of whole blood, he now donates platelets at Southampton.

To those who hesitate to donate I would say come and see what happens, don’t knock it until you try it!