Whilst learning how to group and crossmatch blood, Janice Clarke realised how important donated blood can be. 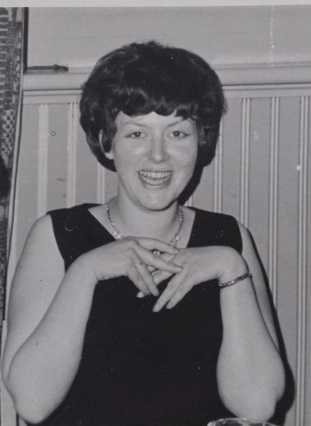 It was in 1966, during my training as a Medical Laboratory Technician, that I was given a temporary transfer to the Haematology and Blood Transfusion labs at Addenbrooke’s Hospital in Cambridge. Those few weeks made a lasting impression on me. Whilst learning how to group and crossmatch blood I realised how important donated blood can be and so made my first donation, age 19, in a nearby church hall.

(Picture: Janice back in 1966, around the time of her first donation)

How things have changed in the intervening years. In the 1960s and '70s a doctor would be in attendance to insert and remove the needle, and the blood was collected in large glass bottles which made a distinctive sound in their wire basket as they were carried from the room. The flat beds of those days have now been replaced by the current donor chair which is so well-designed, being both functional and comfortable. I also like the introduction of the pre-donation drink.

Other things have changed too. In the past, I was able to use a drop-in session and show my card in its little blue book form. Then I was called on a particular day and bank-style cards were introduced. Later, I could book a future appointment while having refreshments.

Now all sessions are appointment-only with donors pre-booking their times. At every session there is some new procedure, so it makes sense to read all the literature given, even though one has probably seen most of it before. And the donor is now encouraged to move their feet and lower legs rather than adhering to the ‘don’t move’ instruction of earlier years.

It costs the donor nothing but can mean so much to someone else!

Donating blood has been a small regularity in my life and one that I really didn’t appreciate until I attended a celebratory meal at which some blood recipients and their families spoke.

It was then that I understood how my half-hour twice a year could improve the quality of life for another human. Since then, I have given with more thought.

Now that I have reached 100 donations, I intend, as long as I remain in good health, to continue for a few more years. And I continue to spread the word about the importance of donating blood.

It costs the donor nothing but can mean so much to someone else!