Alan Bradwell began giving blood as soon as he got his first motorbike, back in 1957.

I first gave blood when I was 18 years old back in 1957. The main reason was that I had started to ride a motorbike, and (I thought) ‘you never know if you might need a blood transfusion yourself’.

My first donation went well. I had to get my parents’ consent as the age of majority back then was 21, and I was only 18. Donating was very different back then. They took a sample of blood from your ear to measure your haemoglobin level. A lot of times you came out with the cotton bud still in place. Also, you lay down flat on a bed. You were given a small packet of iron tablets after your donation and you were only allowed to make two donations per year. Today you can donate three to four times and you can start at 17. The blood sample is now taken from your finger and you are in semi-sitting position.

(Picture: Alan first donated when he was 18)

I have been donating for 64 years and given 146 units of whole blood.

One donation that particularly stands out for me; I had a driver waiting by the bed for my donation as it was needed urgently. My blood type is O negative and I know it can be given to anyone regardless of their blood type.

Another donation that I remember particularly well is when I reached the milestone – my 100th donation. 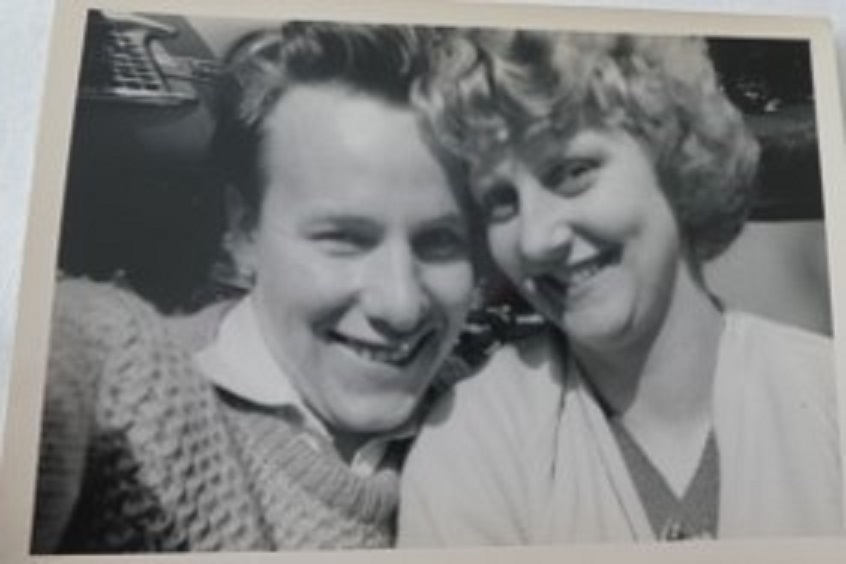 I have been donating during the pandemic. The donation process has not changed for us donors that much apart from social distancing, extra checks, and face masks at sessions.

(Picture: Alan and his wife)

To those who are apprehensive about donating I would say don’t hesitate - go and give as there is nothing to worry about, just a small prick in the arm and the nurses will look after you!

As a keen motorcyclist I have encouraged other bikers to donate. There is a large café just outside Wrexham where bikers meet. I have asked the owner of the café to advertise blood donation.

So, I say: please give as you don’t know when you might need it.