Grime artist Lady Leshurr helped us launch #Represent this October, a collaboration with MOBO aimed at boosting blood donation rates amongst young people – especially those with black and Asian heritage.

The campaign, part of our annual Black History Month celebrations, was led by a music video in which Leshurr lists the industries in which black and Asian people #Represent, before revealing an area in which they are currently underrepresented: blood donation.

“I jumped at the chance to be involved with MOBO and NHSBT to lead the ‘Represent’ film, it’s a cause close to my heart coming from the black community. I really hope it will make a difference and bring about real change and help those that need it most. The time is now to give blood and save a life.”

The campaign also featured a competition with two lucky winners getting their hands on a pair of VIP tickets to this year’s MOBO Awards ceremony in Glasgow.

With half of all current blood donors aged 45 and over, there is a need for more young people to come forward as blood donors and black and Asian donors in particular.

Only 3% of those who gave blood in the last twelve months were of black or Asian heritage. 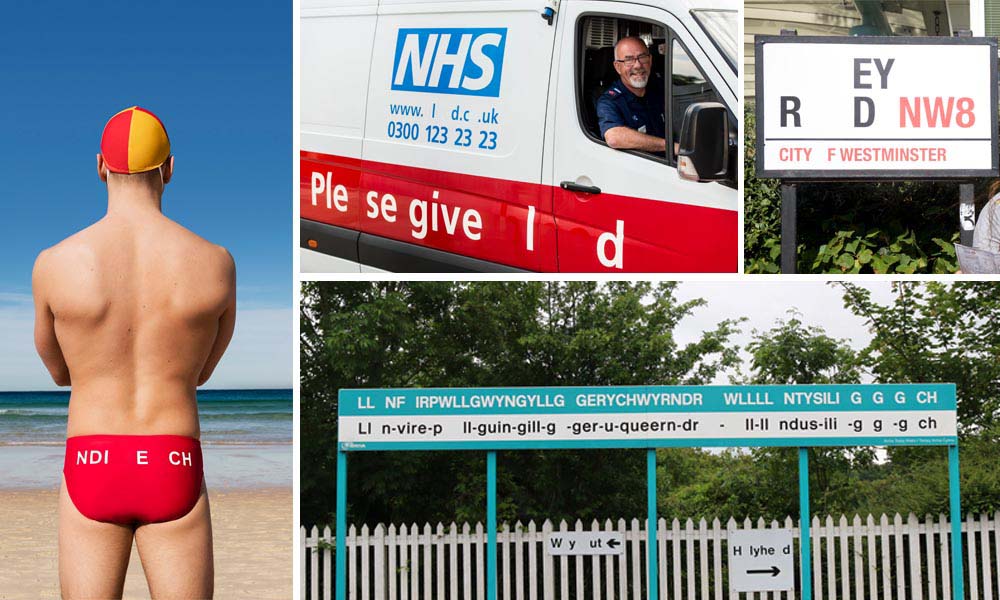 There’s been an international decline in new blood donors but, thanks to an intriguing campaign this summer, numbers have been boosted.

Confusion was sparked around the globe this summer, as As, Bs and Os disappeared overnight from iconic locations, signs and brands. No, it wasn’t an act of vandalism, but an imaginative way to show how important blood donors are, against a background of a 30 per cent drop in new blood donors around the world compared to a decade ago.

We joined forces with 25 blood donor services across 21 countries to launch the ‘Missing Type’ campaign, with digital media helping to spread the message. The Sydney Opera House, the Giant’s Causeway and Abbey Road were just a few locations that removed letters to support our cause, along with big brands including Cadbury, Tesco and Microsoft.

The campaign got heads turning and the public talking with over 54,000 mentions of #MissingType globally across social media. In England, the campaign inspired 24,000 people to register as new donors.

Every second, three people receive a life-changing blood transfusion. In a moving video patients from around the world thanked blood donors for ‘filling the gaps’, highlighting that in a world without As, Bs and Os, they would not be here.

Across the ‘Missing Type’ countries, which cover one billion of the world’s population, there are differences in the numbers of donors and blood groups most in demand, but all share the need for more new donors.

In England, the focus is on attracting more young and black and Asian donors. Mike Stredder, director of Blood Donation, said, “Thanks to the generosity of our current donors, hospitals have the blood needed to treat patients and there is not a crisis in blood stocks. Despite overall blood use in hospitals declining, we need more young donors to safeguard blood donation for future generations. And it’s vital the blood donor community reflects the diversity of the population because blood types vary across communities and patients need well-matched blood. We particularly need new A negative and O negative donors, and people willing to become dedicated platelet donors.”

The need for more blood donors is constant though – so, please encourage family and friends to follow your lead, and give blood.