The incredible response from my city

Belinda Hastie is a donor carer for our Manchester mobile blood donation team. This is her account of the incredible public response after the bombing of the Ariana Grande concert in May. 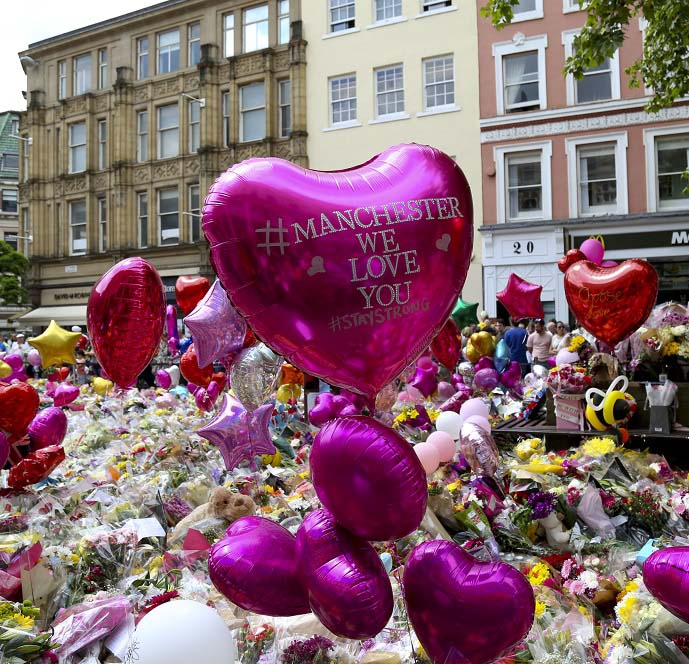 …When I woke up to the devastating news I knew that there would be a huge amount of people who would want to donate blood. I raced into Plymouth Grove donor centre to offer help. I met up with many of my colleagues who had felt the same - some were on annual leave, yet they couldn’t stay at home. There were cars queuing out of the centre and inside the waiting area was filled with people. It was heart warming but also overwhelming as we tried to accommodate so many donors.

Asif works at Manchester Royal Infirmary and he came across the road, dodging the press who were lined up outside the hospital. He hadn’t given blood for seven years, but he told his boss he was going to donate. “Don’t be too long,“ he’d been told; his department was overwhelmed with what had happened, but he was adamant he was going to do his bit. Asif had tears in his eyes all the way through his donation and it was with blurry eyes I thanked him for giving his blood.

As staff arrived at the centre, I had to leave them to it. There were two mobile teams out on session and staff said people had been ringing in since 8:30am to see if they could donate.

Blood stocks in Manchester were healthy and our instructions were to only take O-negative donors without an appointment. It was good that we weren’t scrabbling about desperate to get blood in, but it was going to be tough to tell people we couldn’t take them.

We had over 100 people booked in for the day; we also had over a hundred more who came along wanting to donate. It was heart warming to see so many people and we urged them to register online and to book for another session as soon as they could, so that if there were another atrocity then blood would be ready. Everyone understood and hopefully they registered.

An old man arrived clutching his old donation book with the certificates stuck in it; he hadn’t donated for years and was too old to start again that day, but his turning up shows there are wonderful, caring people out there. 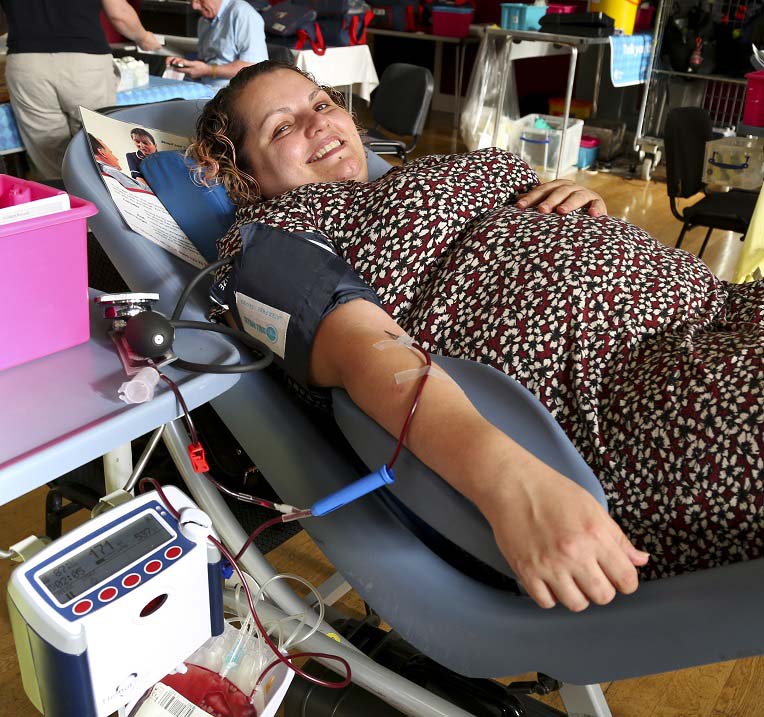 As I was attending to one donor she told me that her friend’s daughter, aged eight, had been at the concert and she had shrapnel in her spine. The lady was welling up as she said that was all she knew and she was waiting to hear more news; we all hope that the little girl recovers.

When the driver arrived to pick up the blood from the afternoon session, he said that every time he had stopped at traffic lights people had knocked on his van window asking where they could donate.

We had thirteen O-negative donors walk in without an appointment during the day. They know how valuable their blood is and they arrived eager to help. Ursula (pictured giving blood), who hadn’t given for a while, said, “You just feel so helpless, don’t you? You want to do something, that’s why I had to be here today.” 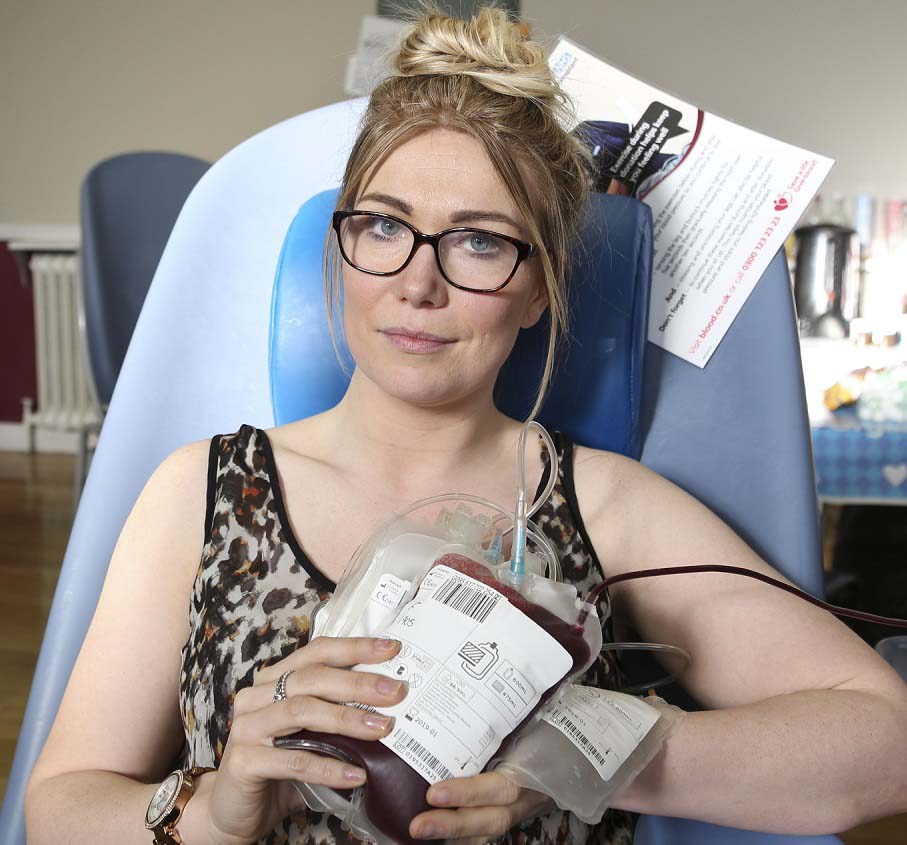 Karli was another O-negative donor who couldn’t stay away. She hadn’t given blood before, but she knew her blood type after giving birth last year. She had been thinking of registering, but life as a new mum had taken over. That day she made sure she had the time to give.

There are always some people who want to give and can’t, and the young man who came along eager to give his first blood donation was heartbroken to hear he couldn’t. He said, “My dad’s always given and now I’m old enough I want to do it too.” He had a medical condition and it was hard to turn him away, he was very upset. 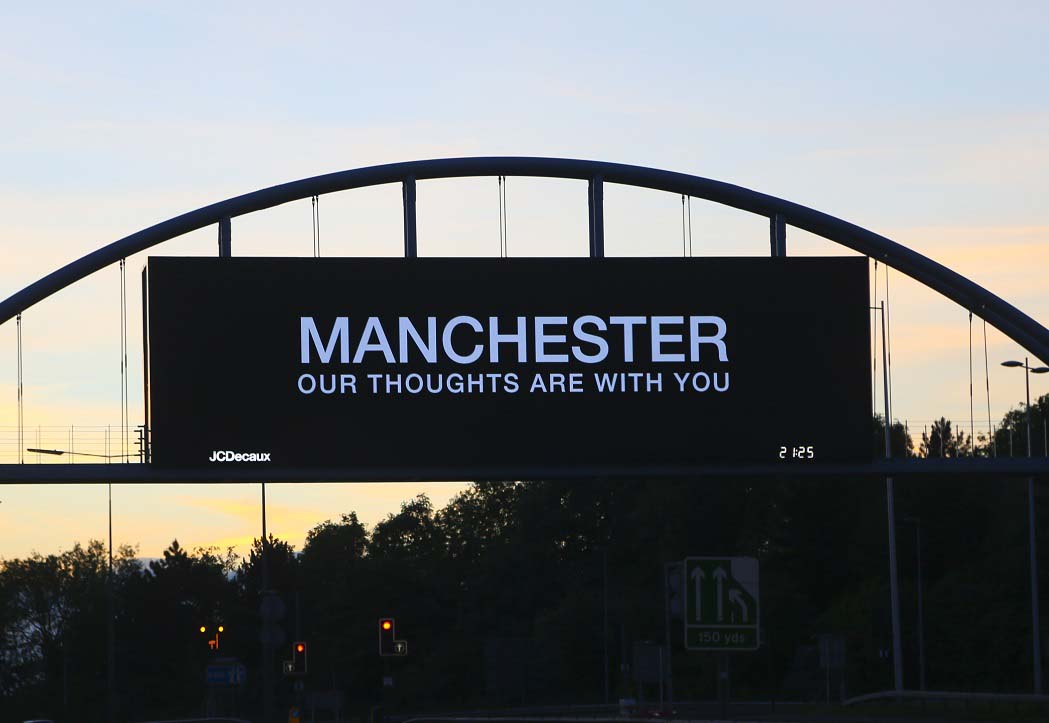 The team worked so hard that day and as I drove home the electric advertising boards along Regent Road leading to the Mancunian Way were all alight with ‘WE ♡ MANCHESTER’ and ‘MANCHESTER, OUR THOUGHTS ARE WITH YOU’.

We all love this city and one dreadful person tried to destroy us, but today I saw so many people who will never allow that to happen.

In this issue of The Donor magazine...

I just saved my neighbour's life

Changing with the times

Not as simple as ABO

Thank you for saying #ImThere

Giving the gift of sight

Taking the organ donation message into the classroom

Scientific review offers chance for more people to give blood