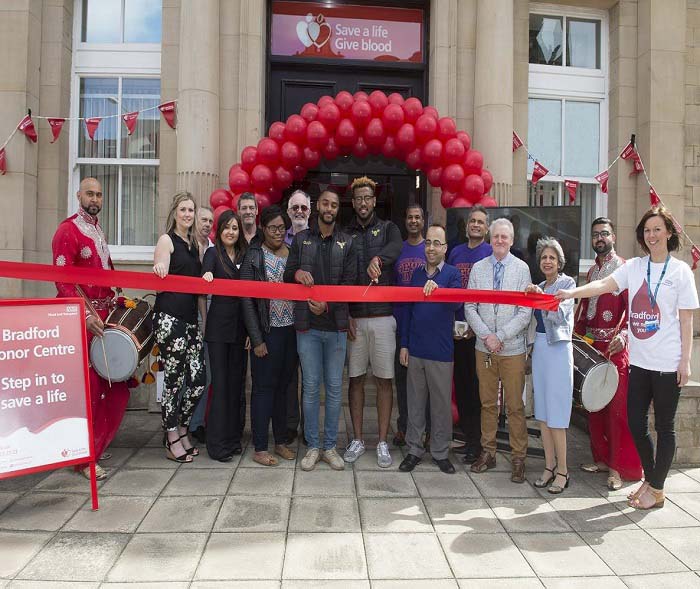 Mike said, “The move is all part of our wider plan to offer donors a more modern experience and give us the potential to increase blood collection in Bradford.

“The city has a high number of people from Asian and other ethnic minority backgrounds, who often have rare blood types. It’s vitally important that more people from these communities donate, to give those who rely on blood transfusions the best match possible.

“New donors are always needed and we want to recruit young people in particular to become our donors of the future. We hope the new location, near to the University, and the modern facilities will encourage them to spend just an hour of their time helping save the lives of others.”

Previously donors gave blood at the Rawson Road centre. Kenburgh House is a larger venue and it’s part of the push to increase the number of donors in the city. The new centre also has extended opening hours. 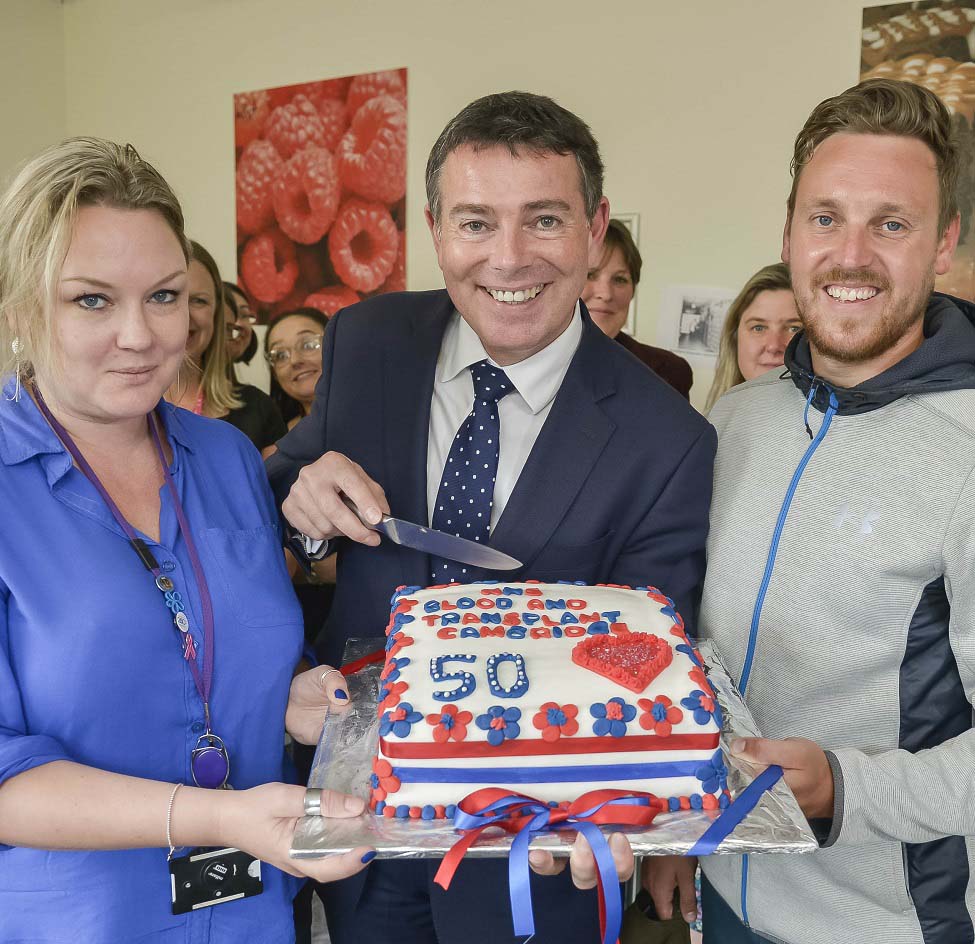 Cambridge blood donors and staff celebrated the 50th anniversary of the city’s donor centre this summer. Blood recipients Shaun Whiter and Jo Thompson were also at the centre to celebrate the milestone.

Keen footballer Shaun, 28, had both legs amputated below the knee a year ago following a hit and run. He needed multiple blood transfusions during emergency surgery. Shaun now uses prosthetic legs and recently completed a 150-mile charity bike ride.

He said, “Without blood donors I wouldn’t be here. I lost five pints of blood and I received more than that in transfusions. Giving blood is so easy. My fiancée Charlotte is giving blood here today at Cambridge donor centre. It’s her way of giving something back after all I went through.”

Jo Thompson, who works for Cambridge University Hospitals NHS Foundation Trust, suffered a life threatening haemorrhage after giving birth to her son. The 26 units of blood she received saved her life.

Jo said, “A hundred per cent of my blood would have been somebody else's that was donated. I would not be here without them.

“The blood I received may have been from someone who donates at this centre. I wanted to come along to say thank you. People who give blood save lives, that’s why it is so important.”

Bronze, Silver and Gold for Ella at the World Transplant Games 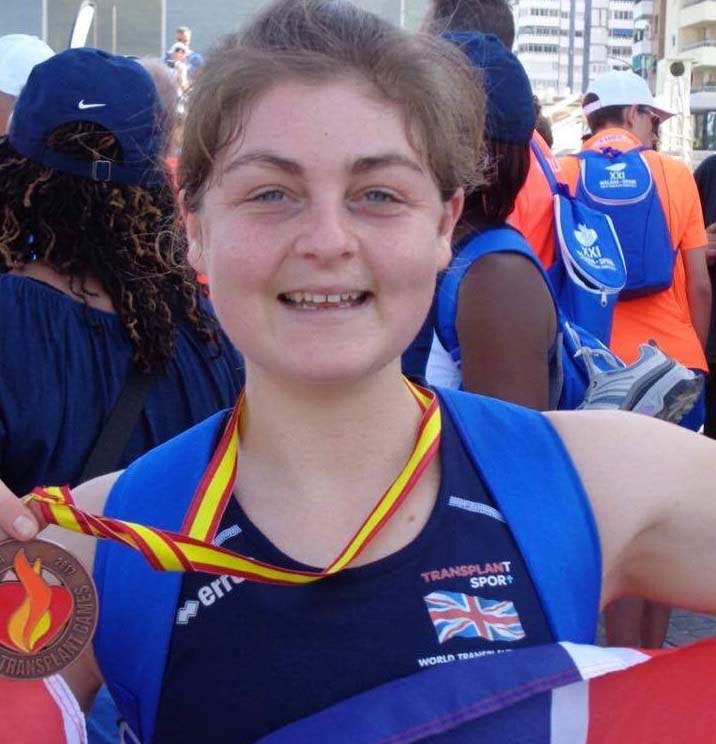 Ella had a kidney transplant six years ago, after developing chronic kidney disease from a bout of food poisoning when she was a toddler.

She said, “My brother and I both got food poisoning when I was two and he was five years old. He had a number of blood transfusions and made a full recovery, but I was diagnosed with haemolytic uremic syndrome and thrombotic thrombocytopenic purpura – both severe complications of e-coli which resulted in chronic kidney disease.”

Ella’s mother was found to be a suitable match, and she donated her kidney when Ella was 18 years old. Since then, her love of exercise and sport has flourished and she’s competed in the 2016 and 2017 British Transplant Games.

Ella said, “It was inspiring to meet so many other transplant recipients and hear their incredible stories of how they made it to the Games. And I’m so proud to be part of the Outstanding Team of the Year; my fellow Team GB and NI athletes aren’t just amazing sports people but kind and supportive teammates and friends.

“Transplant sport gave me the opportunity to train and regain my fitness and compete, which is something I’ve always wanted to do.”

She added, “Signing up to the NHS Organ Donation Register is really important because it gives people that second opportunity at life.”

Honours for our staff

The Queen's Birthday Honours recognise the achievements and services of extraordinary people right across the United Kingdom – and this summer two of our staff received awards for their work. 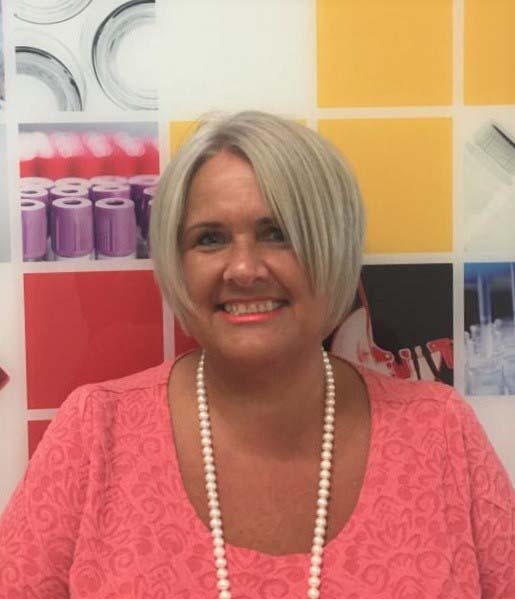 Catherine Howell, chief nurse in diagnostic and therapeutic services, was awarded an OBE in recognition of her services to nursing, and Rosie Godfrey, senior sister, was awarded the Associate Royal Red Cross for her role as a nursing officer during three operational tours in Afghanistan (2011 and 2013) and Sierra Leone (2015).

Catherine has earned national recognition in the specialist field of blood transfusion. She’s made a significant contribution to the safe and appropriate use of blood across her 25-year career with us. In 2014 when she was the first ever nurse to be awarded the Percy Oliver Award for services to transfusion medicine by the Royal College of Pathologists.

Catherine said, “I am overwhelmed, but very proud to receive this recognition on behalf of the nursing profession. Being a nurse is not just a job, it is a way of life. For me, it is a privilege that I have been afforded by people who trust in me to always do the best for them”. 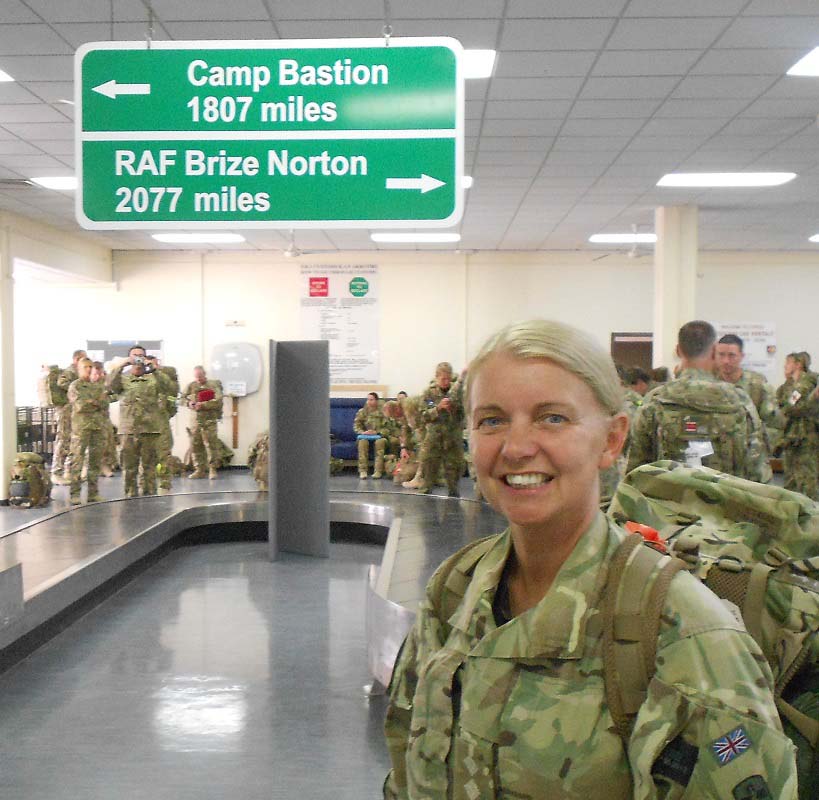 Rosie worked in the multinational trauma hospital, Camp Bastion in Afghanistan, the busiest trauma hospital in the world. As a nursing officer in the hospital, she assisted with emergency apheresis (platelet collection).

She was also responsible for giving direct nursing care to Ebola patients in Sierra Leone during the crisis in 2015.

Rosie said, “I am honoured to receive this award. I am incredibly proud of this decoration and my career to date.”

You can read the full birthday honours list online here.

In this issue of The Donor magazine...

I just saved my neighbour's life

Changing with the times

Not as simple as ABO

Thank you for saying #ImThere

The incredible response from my city

Giving the gift of sight

Taking the organ donation message into the classroom

Scientific review offers chance for more people to give blood