Pippa Mannings, daughter of one of our nurses at Bristol Donor Centre, Penny Mannings, jetted off to Barcelona this summer to take part in the CPISRA (Cerebral Palsy International Sports and Recreation Association) World Games.

Pippa represented England in the 100m and 200m sprint, reaching both finals.

Pippa was born at just 27 weeks and as a result has cerebral palsy and learning disabilities.

Penny says, “When Pippa was born, she was very poorly and wasn’t expected to live. But, because of many transfusions and operations, she did! We have just celebrated her 25th birthday.

"Pippa doesn’t let her disabilities stop her. She is extremely active and does athletics and karate. She and I travel all over the country to compete, and she runs with the Cerebral Palsy group, but also with her local club – North Somerset – against able-bodied athletes. She loves it!"

Penny adds, "She was disappointed not to win any medals at the CPISRA World Games, but had a great time with all her England teammates, and others from as far afield as Singapore and the USA."

A team of 12 staff from the Cadbury chocolate company took time out from their jobs to give blood at Birmingham New Street Donor Centre. 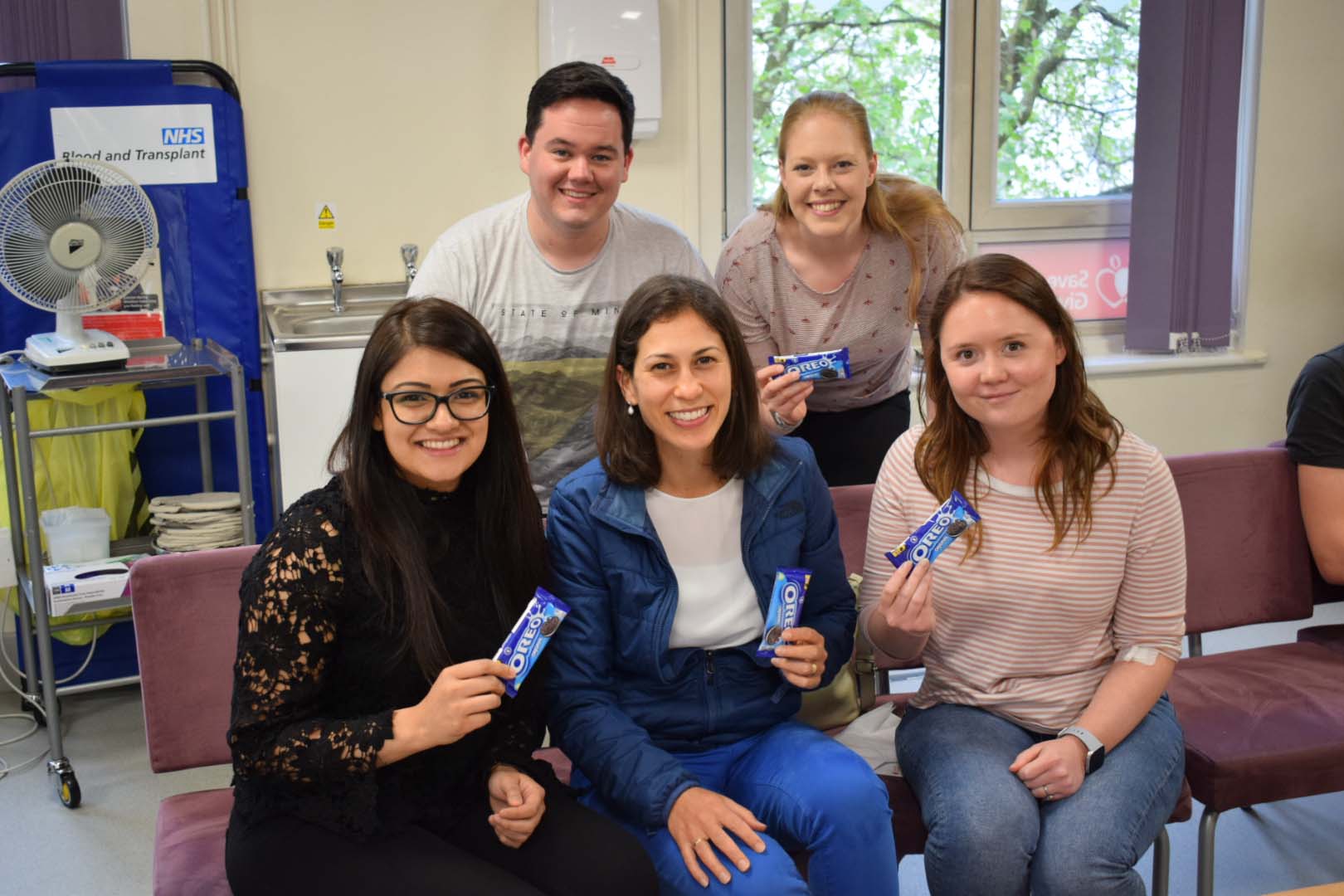 Hannah Cox, 27, a chocolate scientist, organised the group donation after her fiancé, Sam Smith, received 20 units of blood and platelets when he suffered a ruptured stomach artery earlier this year.

Sam says, "I had donated blood previously. I found the whole experience rewarding and I was looking forward to donating again.

"However, out of nowhere my stomach (artery) ruptured one night and then again a few weeks later. Both times I had to receive blood and platelets to keep me alive. 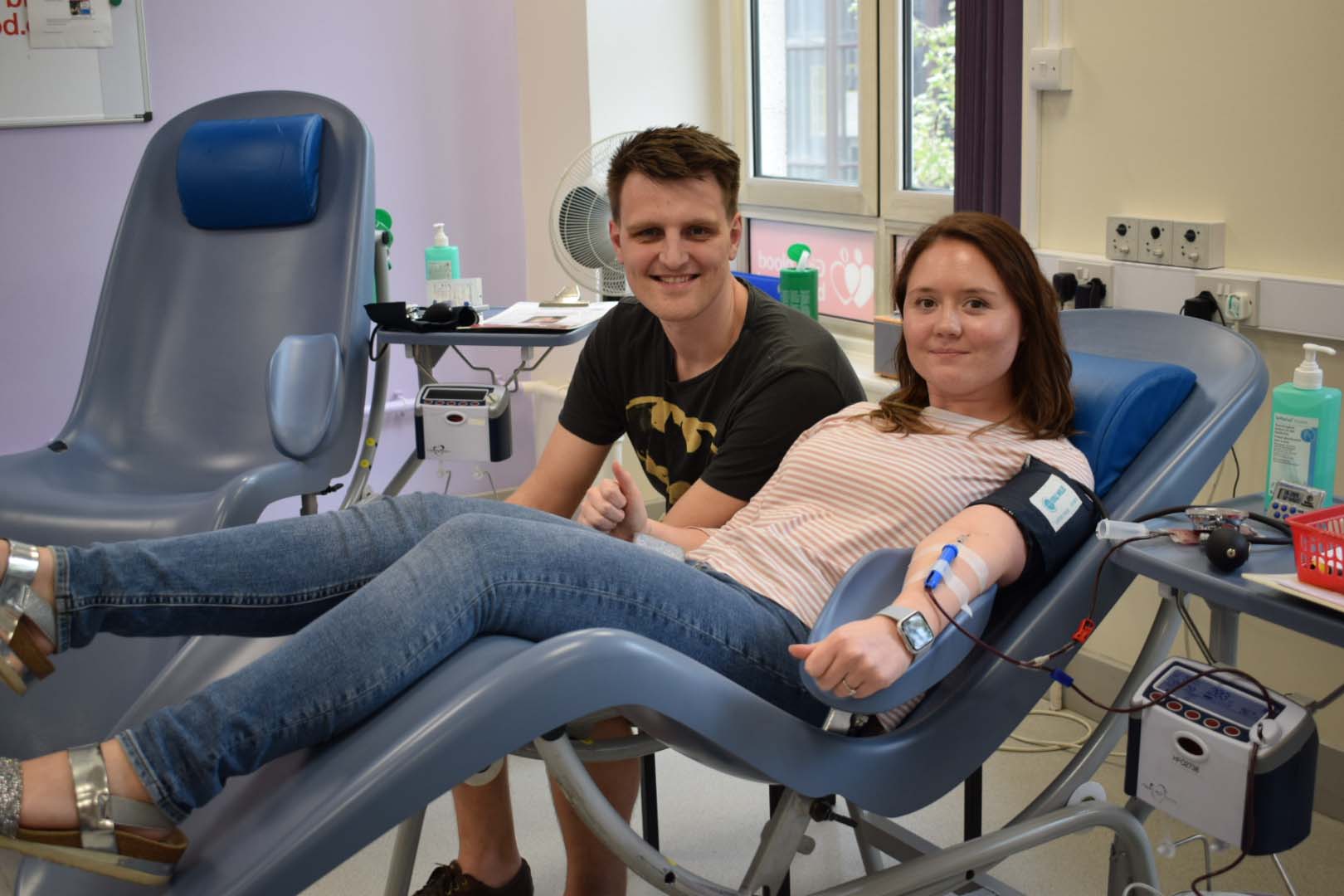 "Having received blood, I know how important it is for people to donate. The time I spent in hospital opened up my eyes to how much it’s used and how many lives it can save, including mine."

Paola Esser, also a chocolate scientist, is one of Hannah’s colleagues who donated.

She says, "Donating is an act of love and generosity. You never know if you or your family and friends could be the next one who needs it."

SickleKan, Unsickle My Cells and WANTS SSG (We Are Not The Same Sicklecell Support Group) staged a ‘Summer of Saving Lives’ event in London as a call to action.

Sickle cell disease is the most common and fastest growing genetic disorder in the UK and contributes to the 80 per cent increase in demand for the rare blood type, Ro, over the past three years. Ro blood is much more common in black people and there is not enough to meet the demand.

For mum Lisa Phillip, 40, an actress from Lewisham, the call for more black blood donors is a personal one. Lisa’s eight-year-old daughter, Miai, has sickle cell disease and receives blood transfusions as part of her treatment.

Lisa says, "There is a whirlwind of emotions that comes with being a parent of a child with sickle cell disease. Miai has had six blood transfusions in her short life and I’ve witnessed the incredible benefits first hand.

"When Miai has a sickle cell crisis, it usually starts with pain in her joints and increasingly in her chest. The pain is unbearable and can be very hard to manage as it's often felt deep into the bone. It can last days or weeks.

"It is very important we encourage our communities to regularly donate (blood) to ensure there is enough to meet demand and help individuals like Miai.

"My gratitude extends to all the donors who have helped Miai and given her the strength to do all the things she loves best. If you are thinking about giving blood for the first time or you are a regular donor please be reassured that each bag of blood is like a little bag of hope. It’s an invaluable life line."

New system of consent for organ and tissue donation

The Government has outlined plans for a new system of consent for organ and tissue donation in England.

This is expected to come into effect in spring 2020. It is similar to the system introduced in Wales in December 2015.

The announcement follows a consultation earlier this year, in which the Government sought views from members of the public and received an unprecedented 17,000 responses.

The Government proposes the introduction of an ‘opt out’ or ‘deemed consent’ system in England, in which citizens would be considered potential organ donors unless they have either added their details to the NHS Organ Donor Register to opt out of donation, or are in one of the groups excluded within the legislation.

Under the proposals, children under 18, individuals who lack the mental capacity to understand the changes and people who have not lived in England for at least 12 months before their death will be excluded from the plans, to ensure the system is fair.

There will also be strict safeguards in place and specialist nurses will always discuss donation with families, so an individual’s wishes are respected.

The Government believes that this new legislation will help to save the lives of more people on the Transplant Waiting List. NHSBT’s role is to support whatever legislation is in place and to work to make the Government’s system a reality.

As with any legislative change, this will take some time to come into effect. There will be a 12-month transition period to allow time for discussion with friends and family about organ donation preferences ahead of the proposed system coming into effect in spring 2020.

Families of potential organ donors will remain central to organ donation and we will continue to work collaboratively to approach families when their relative dies in circumstances where organ donation is possible. Read the Government’s full response to the consultation.

September is Blood Cancer Awareness Month, and we’re working with our charity partner, Bloodwise, to raise funds and awareness for its world-class research into leukaemia, myeloma and other blood cancer-related disorders.

We partnered with Bloodwise back in March 2016. The decision to work alongside this charity made sense, as blood transfusions play an essential part in reducing the symptoms and side effects of the treatments that blood cancer patients receive.

Blood cancer is the third biggest cancer killer in the UK, claiming more lives each year than breast or prostate cancer. One person is diagnosed with blood cancer every 14 minutes: 38,000 each year. Currently, there are 230,000 people in the UK living with blood cancer.

Only 4 per cent of people know that blood cancer is one of the biggest cancer killers, and Bloodwise hopes to increase knowledge and understanding of the disease with Blood Cancer Awareness Month.

Find out more about the life-saving work Bloodwise. Donations can also be made via our Just Giving Bloodwise page.

Leicester Donor Centre is relocating from Vaughan Way, and will reopen at its new home, Mansion House, 41 Guildhall Lane in late October.

The new centre has three additional donor chairs, allowing more donors to donate, and will also be open every weekend.

It’s located in the city centre close to the medieval Guildhall and cathedral and is within a five-minute walk from the current donor centre, and close to public transport links.

"While we already have a good number of loyal donors in the city we know there is the potential to attract more.

"Leicester has a high number of young black and Asian people, and we particularly need new donors from these groups."

This autumn, we are extensively refurbishing and expanding our London West End Donor Centre. 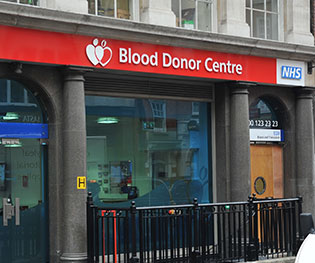 Once complete, the modernised centre, which is just off Oxford Street, will allow us to collect up to 20,000 more donations a year, thanks to three extra donation chairs being added, making nine in total.

During works, we’re asking donors to give blood at the Royal College of Nursing (20 Cavendish Square, W1G 0RN), which is a five-minute walk away from the donor centre.

Mike Stredder, director of blood donation, says, "We would like to thank the Royal College of Nursing for their support in ensuring donors can continue to donate during this time. Please check our website regularly for availability – we still need your donations."

Donors can also attend sessions held in community venues or at our Edgware and Tooting donor centres. Use our tool to find a blood donation session near you.