As an O negative donor, do you know just how important your blood is?

O negative is called the ‘universal’ blood type because it’s the only one that can be given to anyone in an emergency, which is why it’s carried by paramedics and air ambulances, ready to be used at accident scenes.

As an O negative blood donor, you are a part of the emergency services – a First Responder. Although you may not be with them at the scene of an accident, in the ambulance or at a busy Accident and Emergency unit, your blood will be.

By the time an emergency happens, O negative donors have already provided their response by giving blood days earlier.

Here we share three stories of how O negative blood has helped save lives of mothers and their babies.

Rushed into theatre while in labour

She says: “I was in labour with my third child and given a syntocinon drip, but suffered a severe reaction which caused a tonic contraction, rupturing my uterus.

“It was the most excruciating thing I have ever experienced – I have never felt pain like it. My body went into hypovolemic shock and my blood pressure dropped so low I was struggling to stay conscious.

“Luckily, my son Michael could be delivered by ventouse as his heart rate dropped. He was kept in the NICU and treated for oxygen deprivation and an infection, but thankfully is now a healthy 19-month-old.”

It was O negative blood that saved Kirsty’s life. During emergency surgery she received 16 units and four more whilst recovering.

Kirsty says: “I am so grateful to be alive. Thank you to everyone who donates blood. I am incredibly grateful for this generosity - without it I wouldn’t be here.”

Back in 2017, shortly after the birth of her third daughter, Paula Taylor unknowingly developed an infection in her uterus, which in turn had ruptured a blood vessel.

She says: “I was bleeding internally heavily and still debated whether or not I needed to call 999 for an ambulance!

“I left my two beautiful big girls, Alice and Ellie, in the safe hands of my brother at home and my newborn baby in the arms of my distressed husband, Neil, and was blue lighted to hospital where I was rushed straight into theatre.

“That night I underwent hours of surgery to try to save my life. The first procedure was meant to stop the bleeding, however it was unsuccessful due to the level of infection and the damage that had been caused.

Surgery was the only option to save my life

"I was rushed back to theatre for an emergency hysterectomy almost as soon as I was wheeled into recovery; it was the only option to save my life. 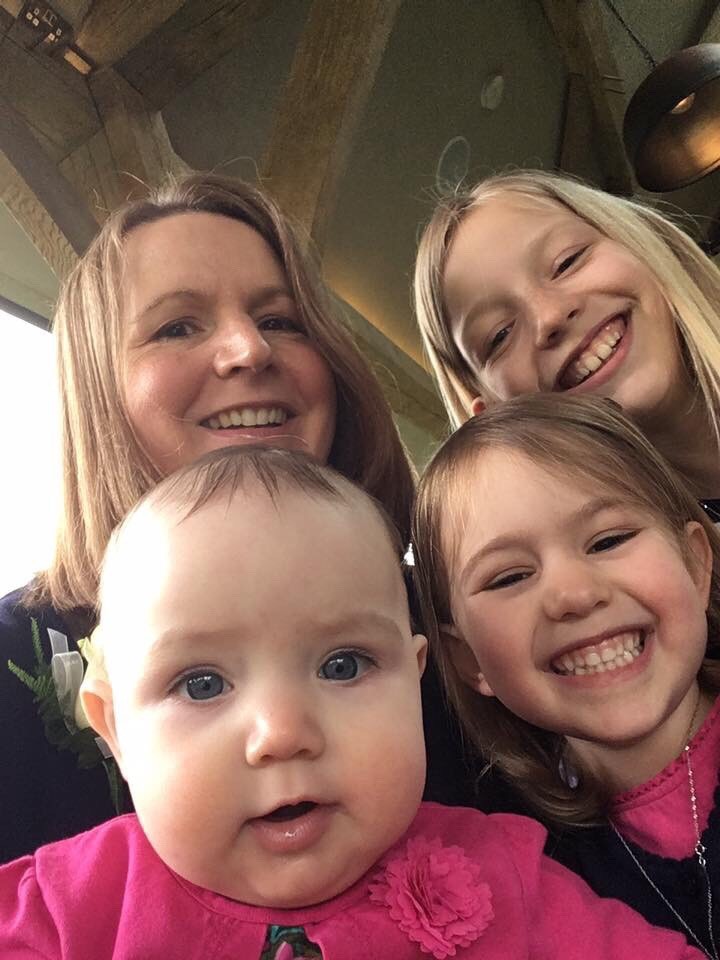 “I was told afterwards that it was touch and go. The very talented team of experts who were saving me worked hard all night to get me stable enough to operate on.

"A massive part of this process was getting blood into me faster than I was losing it. Throughout the night I needed 10.5 litres of donor blood to keep me alive, 8 units of plasma, 2 units of platelets and 3 units of cryoprecipitate.

“I am blood group O positive. However, that night I received whatever was compatible and available including O negative donor blood.

Paula says she feels lucky to be alive. “Without life-saving donors I wouldn’t be here today to see my beautiful girls grow up. My newborn baby would have never known who I was. My husband would be on his own quite literally holding the baby!

“It’s unimaginable. There will never be enough ‘thank yous’ for what blood donors did for me that fateful night. From the bottom of my heart I am eternally grateful, and I know that my family are too.”​

When Sebastian Cockerill was born by emergency caesarean section at 25 weeks his bone marrow was not mature enough to produce enough red blood cells to keep him alive so he needed several life-saving blood transfusions. One of these was from O negative blood donor Andrew Spence.

Seb, now 6 and mum Helen, recently met up with Andrew and Seb gave Andrew a special letter to say thank for.

Andrew started donating through work and has given blood more than 30 times.

He says: “The day was fantastic - what an amazing emotional experience. Seb and Helen were wonderful. He truly is a remarkable young man.”

The need for O negative blood

O negative donors are often called ‘universal donors’ because anyone can receive the red blood cells from their donations.

This makes it vitally important in an emergency or when a patient’s blood type is unknown.

Although about 7% of the population has O negative blood, it accounts for around 13% of hospital requests for red blood cells.

Mike Stredder, NHSBT’s director of blood donation, says: “We need an ever-growing share of our blood donors to be O negative to meet hospital demand.

"If you are O negative, please talk to your family and share your story. There’s a one in three chance they are O negative too. They will find out after their first donation.”

Are you O negative?

Find out more about your blood type