Cameron needed his first red cell exchange at the age of six after suffering a crisis.

Tasmin McCaskie, aged 30, from Croydon, is raising awareness of the need for more Black donors by sharing her and her son Cameron’s sickle cell story. 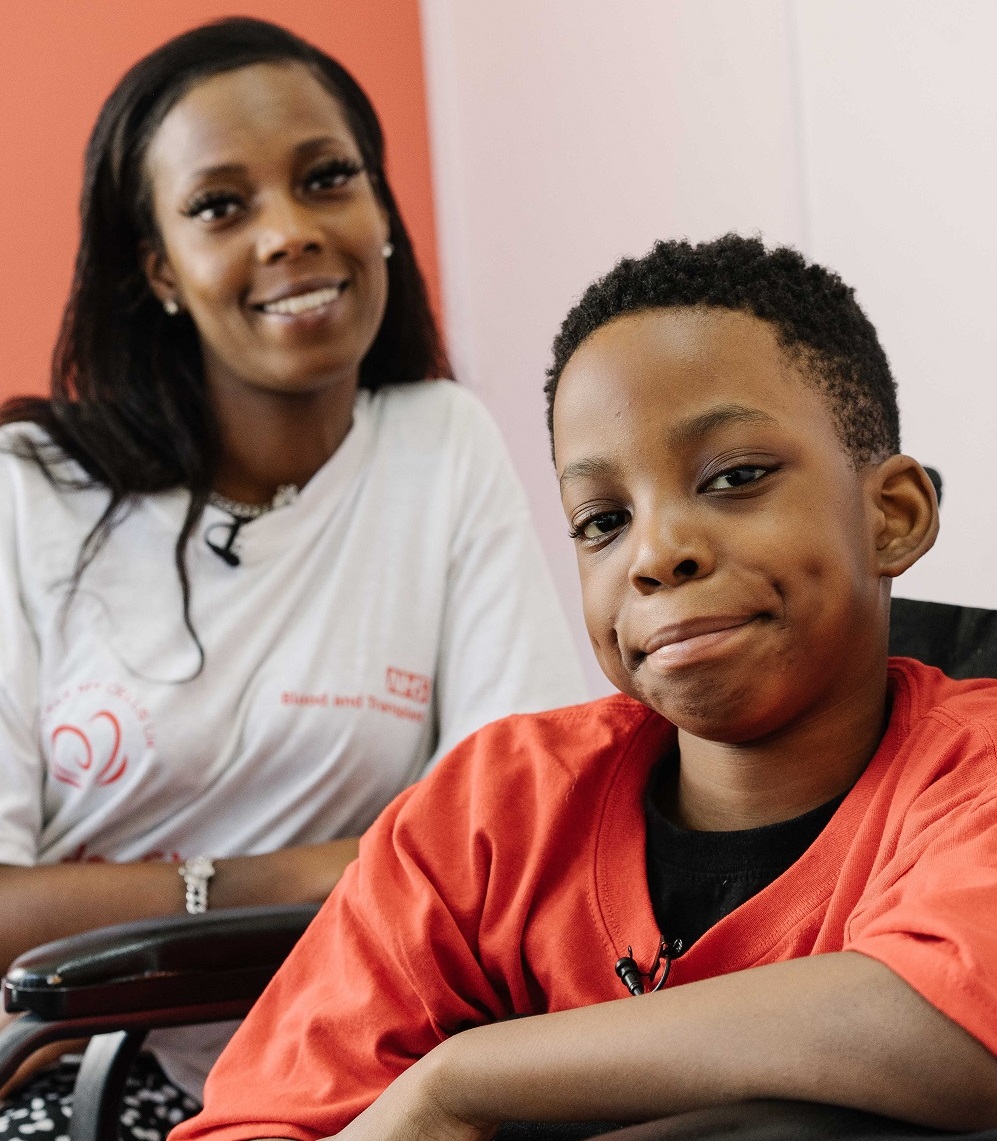 “When the doctors told me, my son would have sickle cell disease, I was confused more than anything. If they had told me to expect Cameron to have one of the more spoken about diseases, like down syndrome, then you have some understanding of what to expect.” Tasmin said.

“But nobody told me that my son would be in constant pain and cry out in agony, or have issues with his lungs, or sometimes need a wheelchair to get around.”

Now ten years old, Cameron is seeing more and more complications with his sickle cell as he is getting older.

Tasmin continued, “He’s his own worst enemy most of the time. He’s a young boy, and he wants to do what young boys do – play! He does overdo it sometimes, and that’s when he goes into crisis.”

Cameron needed his first red cell exchange at the age of six after having a crisis.

“It was a really worrying time. Cameron was sedated for weeks when the doctors agreed that an exchange transfusion would be the best thing for him, and thankfully it worked.” Tasmin said.

Cameron continues to receive regular top up blood transfusions every three to four months when his haemoglobin levels drop.

I’m so grateful to courageous people who regularly give up their precious time to donate blood. They don’t know that on the receiving end is a little boy like my son, who gets to live because of their generosity.

“The exchange transfusions have significantly enhanced my quality of life. My relationship with my daughter has also really improved. I now have the energy to take her out to after school clubs, social activities and generally spend more time with her. I’m able to instil structure in my life and have a better routine.” She said.

Please register to give blood today and your donation could help someone like Cameron.

Why some blood types are harder to find

Find out about rare blood types