How a grandmother, daughter and grandson made a special donation together.

Last 16th September, Ruth, from North Yorkshire, gave blood alongside her daughter, Jenny, and her grandson, Finlay. Together the family have made 132 donations. 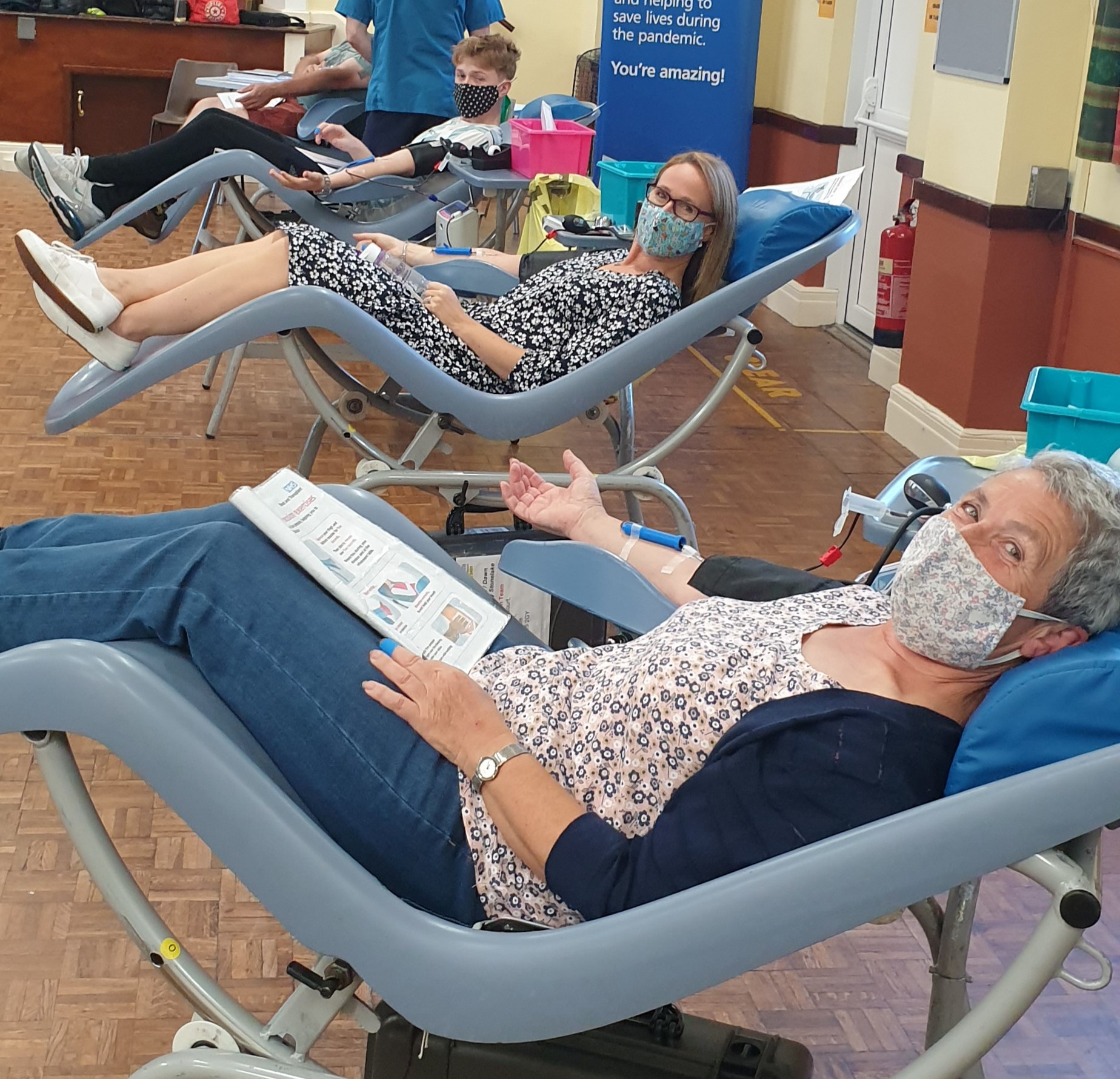 Ruth, says, "I have been a blood donor since I was 18, back in the 1970s. I worked for a farmer, Harry, who had haemophilia, so it was the natural thing to do. Haemophilia is a genetic condition that affects the blood’s ability to clot. Harry enjoyed his life with a dairy herd. However, if he was knocked or bruised, this would result in a bleed internally that would not stop. He would then have to go to Leeds to get an injection of factor VIII to help his blood clot and stop the bleeding.

"I was taken by Harry's wife to my first donation in Gargrave Village Hall. At that time, you could just turn up and be registered during your first time. My overriding memory was being laid on the camp bed for the recovery period for what seemed like a very long time.

"My fifth donation, whilst I was at agricultural college, stands out to me. The person in charge of the session said to the member of staff who was overseeing my donation, 'Send this for direct transfusion.' I felt proud that my donation was very important to another person."

Ruth explains her motivation to continue as a donor. "I feel that whilst I am fit and healthy, it is very little inconvenience to donate. There maybe someone I know, or a member of my family that will need some blood one day. It is a great feeling to give something important – that costs you nothing -and the texts you get afterwards nowadays are really encouraging, when you know that your blood had been used and at which hospital."

She adds, "My daughter, Jenny, came to donation sessions with me as a young child. She remembers sitting on my tummy, to 'help the blood come out faster'! Jenny wanted to donate as soon as she was old enough, so when she was 17, we took her to the donation suite in Leeds to give her first donation. I didn’t donate at the session: it was her day! 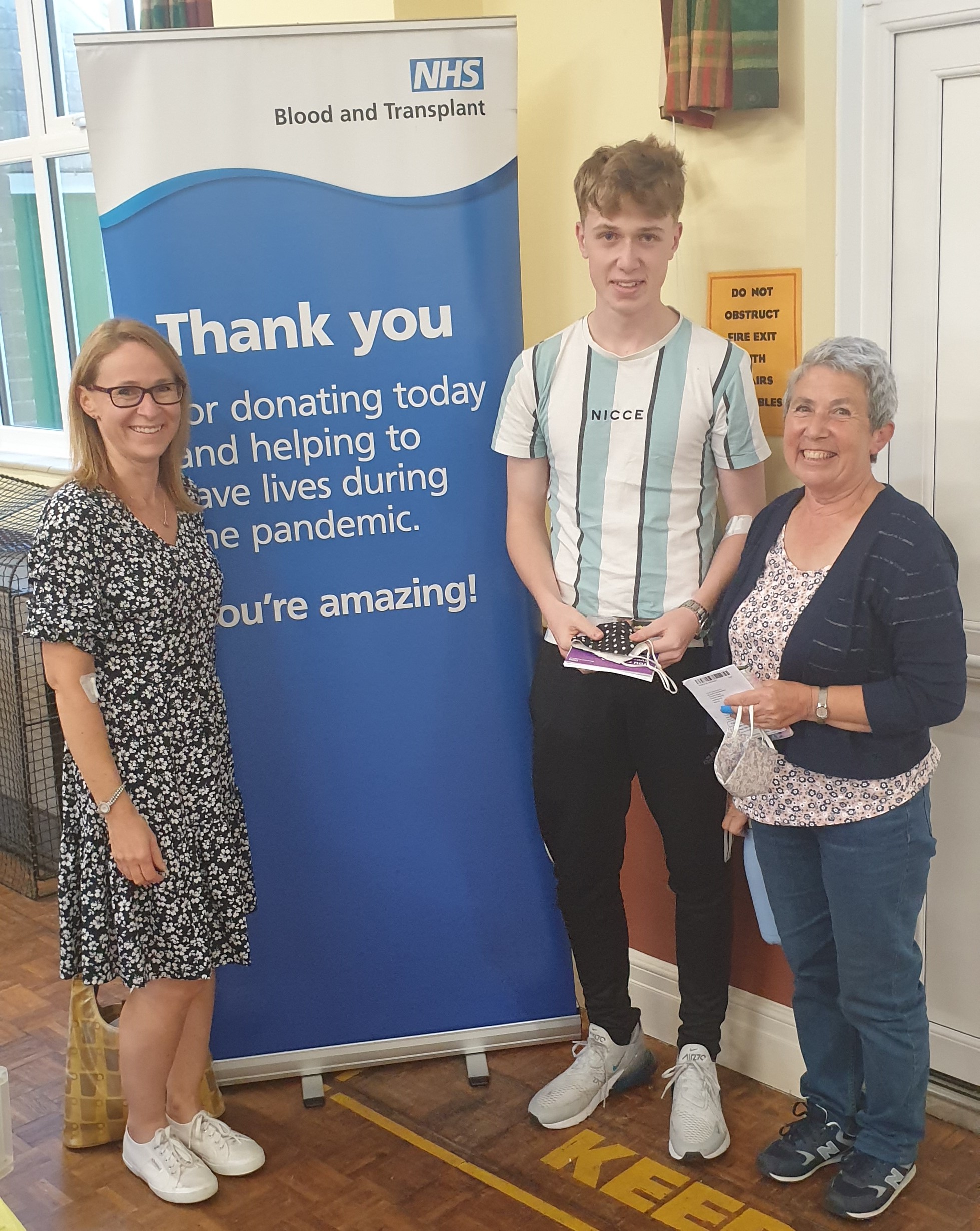 "Having been to plenty of sessions she knew how important it was to give blood. Knowing that it was the right thing to do, Jenny continued donating whilst she was at college in Edinburgh and is now a regular donor in Ripon. She also enjoys the tea and biscuits!"

Ruth says Jenny was particularly proud when she donated with her eldest son at one side and her mother at the other.

"Like his mum, my grandson, Finlay, gave his first donation once he had turned 17. His first donation was the day the three of us donated together. Finlay had also attended sessions with Jenny or myself, so he was familiar with the format. I think that having someone to go with helps anyone when donating for the first time. The staff were very encouraging, kind and considerate at his first donation. He has already signed up for his second.

"We are very close and supportive and like doing things together," says Ruth. “We play a board game most nights after tea, enjoy going to the theatre and often use any excuse to have a meal out.

"Coming up behind Finlay is his younger brother, Owen, 14, who will be carrying on the family tradition once he reaches 17.

"I am very proud of my family and I hope that they continue to donate."