“Plasma donation is the reason I have two healthy little boys”

When Kes Earl’s son was born, he needed immunoglobulin, a medicine made from plasma.

The antibodies in Kes’ blood were destroying her son Trevor’s platelets. Medicines made from plasma save and transform the lives of patients like Trevor every day, with over 17,000 people in England each year receiving treatments. 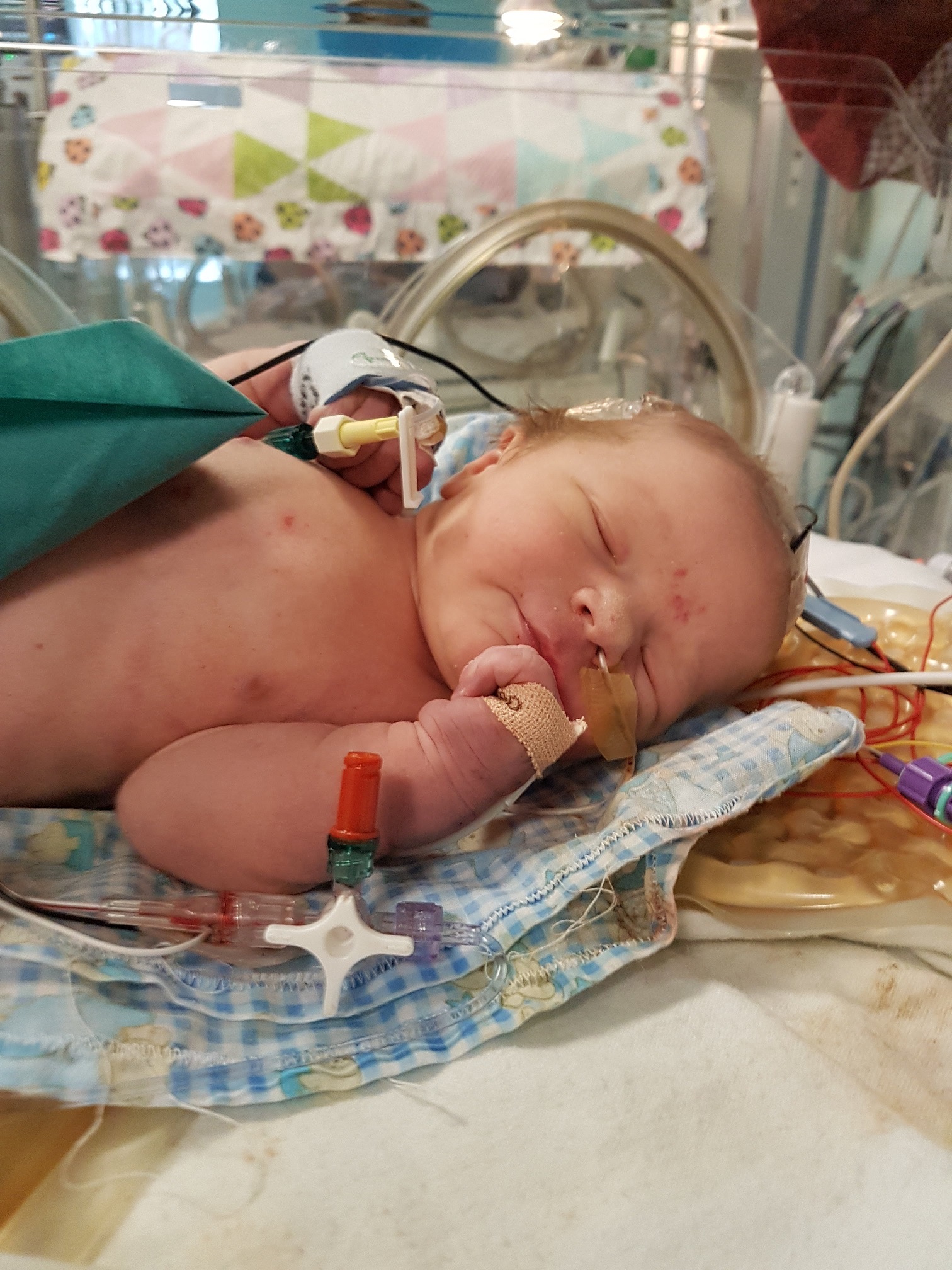 Trevor was born in January 2018 with neonatal alloimmune thrombocytopenia. He was at risk of serious internal bleeding because his platelet count of 3,000 was so low. He needed resuscitation at birth and had bleeds in his stomach and kidneys.

Thanks to the plasma medicine containing donor antibodies that Trevor received, the aggressive antibodies in his blood calmed down.

Kes, 24, a paralegal, from Tranmere in Merseyside, says, “He was very sick in the neonatal intensive care unit (NICU) and couldn't even be held until he had immunoglobulins and selected platelets. It was the hardest week of my life not being able to hold my first child.

“Within 24 hours of his first infusion, I was able to hold him for the first time and he was allowed home three days later.”

Doctors knew from genetic tests there was a 50 per cent chance of the same happening with any subsequent baby, so Kes received immunoglobulin herself during her second pregnancy.

“We were warned that every subsequent pregnancy triggers a stronger antibody response and if untreated, it would be very likely that the baby could have a bleed on the brain, which could cause disability or even loss of life. Thankfully, after three separate hospitals were involved, I was put on the treatment path with bi-weekly testing of antibodies. I was advised that, whilst still a risk, treatment can be very successful.”

Plasma donation is the reason I have two healthy little boys that keep me on my toes. The donors gave me the gift of life for my youngest and saved the life of my eldest.

Her second son, Wyatt, also needed NICU treatment but was not as seriously ill and was able to room with Kes on the second day.

Kes says, “Receiving immunoglobulins myself was the most taxing experience of my life. I had a reaction which caused agonising migraines and vomiting, combined with a full-time job and a young toddler.

“But Wyatt was born with a healthy platelet count of 204,000 and no bleeds - the most success I could hope for so I would do it all again.  Getting the first hour of life with Wyatt was one of the best moments of my life. I cried, my partner cried, it was the first time I could see my child born.

“I would say immunoglobulin helped save my family. If Trevor had been a natural delivery he was at risk of haemorrhage and even death. Wyatt was a completely different story.”

(Picture: Kes on her first day of receiving immunoglobulins)

She adds, “I think there is a real gap in the knowledge around plasma donation and immunoglobulin and how it can treat conditions.

“It can be the difference between life and death. Plasma donation is the reason I have two healthy little boys that keep me on my toes. The donors gave me the gift of life for my youngest and saved the life of my eldest.”

Register your interest to donate plasma for life-saving medicines. Visit www.blood.co.uk/plasma or call us on 0300 123 23 23.

Register your interest to donate plasma for life-saving medicines.