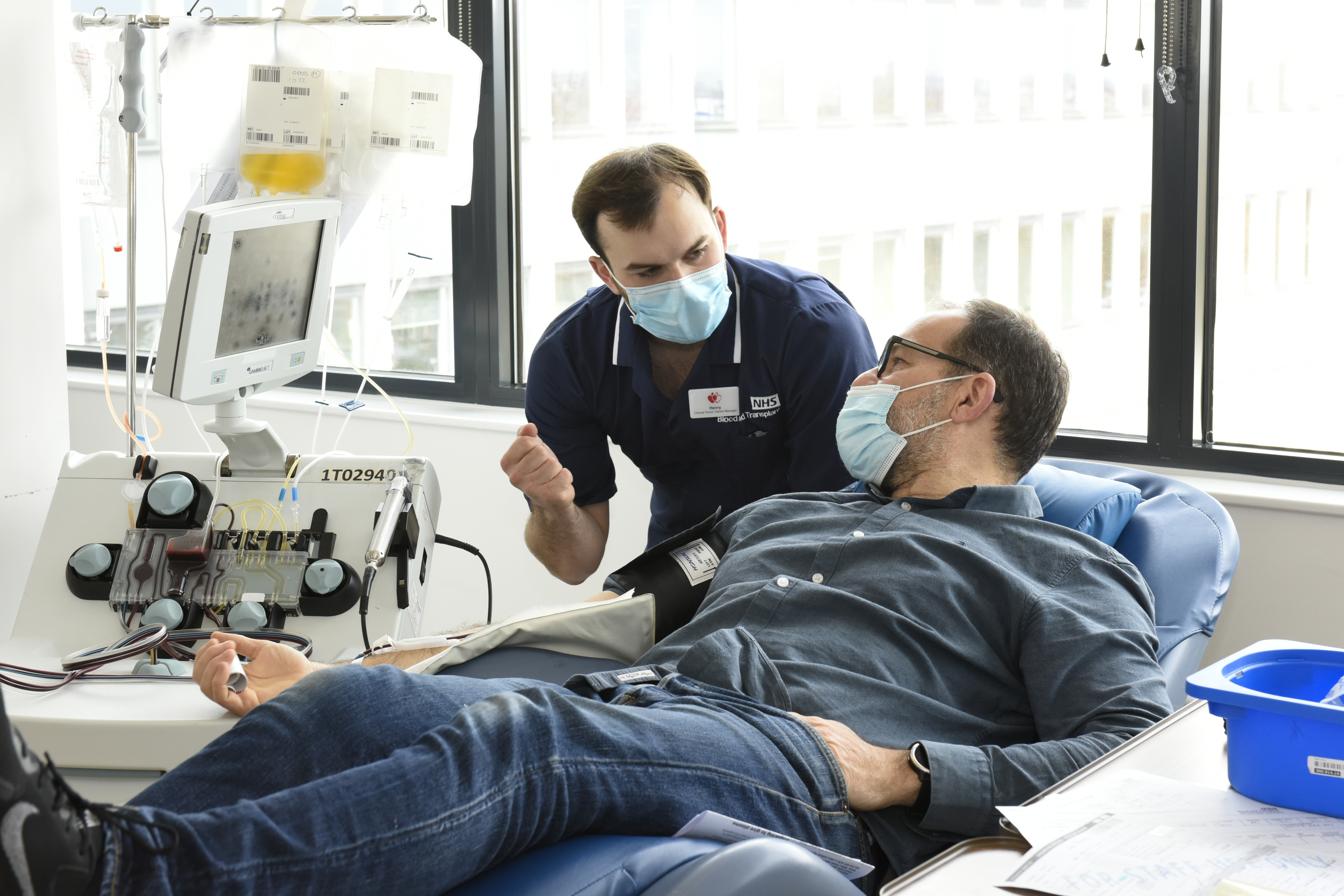 NHS Blood and Transplant started collecting plasma just a few weeks after the Government announced it was lifting the ban on the use of UK plasma to produce immunoglobulins.

Immunoglobulin is a medicine made from the antibodies in donor plasma, which can be used to boost or stabilise the immune systems of people with rare, life-threatening disorders.

Plasma from UK donors could not be used for immunoglobulin between 1998 and 2021 as one of the precautions put in place against variant Creutzfeldt-Jakob disease. The restriction was lifted after independent advice from the Medicines and Healthcare products Regulatory Agency (MHRA).

Stephen Brown, 37, from Longbridge in Birmingham, donates plasma after three members of his family received life-saving blood or plasma transfusions. His son suffered multi-organ failure, his cousin lost a leg in a farming accident, and his grandfather had bone marrow failure.

Twickenham donor, Lindsay Kaveri, 60, from Southend on Sea, has donated 20 times, making him the most frequent donor at the centre. Lindsay, a research and development manager at an industrial company, says, "Not only does it [donating] help less fortunate people, you also get enormous satisfaction from donating. The staff do a great job and it’s very relaxed."

Sheila, 57, from Eton Wick in Windsor, is the most frequent donor in Reading, with 19 donations. Sheila, an accountant, says, "The ladies in the donor centre explained how it helps people which is really interesting. I just think that, with donating, you never know when you might need it yourself and it helps other people when they need it. I will keep donating for as long as I can."

Gerry Gogarty, NHS Blood and Transplant Director of Plasma for medicine says, "Because of the ban, the UK has relied on imported immunoglobulin. Donation to NHS Blood and Transplant will now help create a domestic supply and bolster the supply chain in the long term. The plasma currently donated is being stored, ready to be made into immunoglobulin when a full manufacturing and supply chain is in place.

"The need for plasma and immunoglobulins is growing around the world and it is critical to NHS Blood and Transplant's overarching vision that every patient should receive the donation they need.”

There are plasma donor centres in Birmingham, Twickenham and Reading. To find out more about plasma donation visit us at www.blood.co.uk/plasma or call us on 0300 123 23 23.

Register to donate by completing the form.