“If it wasn’t for people like Jack, our little girl wouldn’t be here”

Stem cells are amazing. They can grow into any other cell in your body. This means they can be used to treat a wide range of blood cancers and other blood disorders. For some people, a stem cell transplant is the only hope of survival.

But matching donors and patients isn’t easy. Between 65-75 per cent of those in need are unable to find a sibling match so must rely on the generosity of strangers. We work with a global network of international registries, which collectively have over 28 million potential donors, to make this possible. Our donors help save hundreds of lives in the UK and overseas every year.

Myla, now seven, was first diagnosed with severe aplastic anaemia in 2017. It is a disease in which the bone marrow does not make enough blood cells for the body; it can be treated with a stem cell transplant.

Myla’s mum, Danielle, explains, "After we noticed a few bruises on her legs and one behind her ear, we took her in for some blood tests and they came back abnormal. Myla had to be on a lot of medicines as she had no immune system. Her white cell count was at zero, her platelets were dropping, so she had to have platelet transfusions around two to three times a week. Also, her red blood cells were low, and she had to receive blood transfusions.

"When we found out Myla had a match for a stem cell transplant, we were so overwhelmed with relief and hope that we could finally start the process of getting her better. We knew it was going to be a long hard road and it wasn’t going to be easy, but we knew she could do this. We felt so grateful that someone out there was willing to do this for our daughter."

Myla was given a week of intense chemotherapy before her transplant to get her body ready to receive her donor cells.

Danielle says, "We spent six weeks in isolation on the ward at Sheffield children’s hospital after her transplant. The staff were amazing with Myla and really made her time in there the best they could. She loves all of them and enjoys going back for her check-ups and seeing them. Even still to this day she has a few issues from her transplant, but she never lets any of this stand in her way. It’s a long journey to get back to recovery and not a quick fix."

Myla and her family were given an opportunity to meet her donor, Jack. 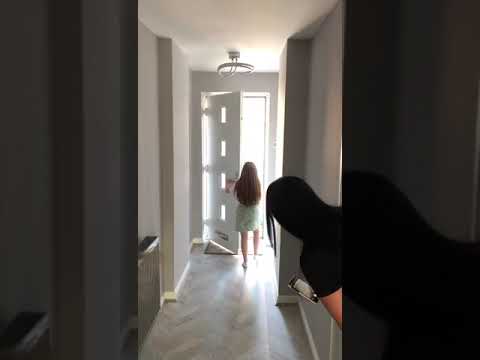 Danielle says that meeting Jack, "was honestly one of the best days ever. Just meeting the person who saved your daughter’s life is an indescribable feeling. We will never be able to repay him and will never be able to thank him enough. They got on so well and Myla knows how important he is to us and what he did for her. She thinks of him as family and a friend for life.

"I would definitely encourage people to join the register because you could save someone’s life. It’s that simple. If it wasn’t for people like Jack our little girl wouldn’t be here."

(Picture: Myla and Jack meeting for the first time)

Jack joined The British Bone Marrow Registry (BBMR) five years ago. "I regularly donate blood, and when I was 19, at an appointment, I was asked if I wanted to join the BBMR, and if so, they would take a sample of my blood to analyse and add me to their database.

"Until that day I had never heard of a stem cell register before, or that it was possible for stem cells to be donated to a stranger. I read the leaflet I was given and my takeaway from it was that there is a very small chance I would ever be a match for someone. The procedure was something I would be comfortable doing if it came to it, so it was an easy choice to sign up.

It’s amazing to think how easy it is to donate your stem cells, and how massive the impact is for the person who needs them.

"One day I had an email to say I was potentially a match for someone, and then after that I had to do a health questionnaire and send some more blood samples to see if I would be chosen. Then around two weeks later I was told I was a match for someone. It was the day after my 21st birthday.

"During my procedure, I received great care at every step of the way, every step of the process was explained to me very clearly. After my surgery my back was a bit sore, but I wasn’t in any pain. I was able to get the train home the next day after my surgery, and my recovery from then on consisted of sitting in bed watching TV and eating lots of food for a week.

"I would happily do it again if I ever needed to. It’s amazing to think how easy it is to donate your stem cells, and how massive the impact is for the person who needs them.

"When I hugged Myla for the first time, it was the best moment of my life. We had to wait a long time due to changing COVID-19 restrictions but I’m so glad we got there in the end. She and all her family are really lovely people and we're looking forward to spending more time together."

When you arrive at your next blood donation session, please tell the staff that you would like to register with BBMR. They will give you a booklet to read and a consent form to complete and sign.

The donor care staff will then take one additional small blood sample, which our laboratory will tissue type, and then add you to the registry. We will let you know when this is complete.

We are currently recruiting the following donors:

The British Bone Marrow Registry (BBMR) contains the names of people willing to donate their stem cells. Donors have been typed according to a marker found on most cells in your body (Human Leucocyte Antigen), which can then be matched with patients in need of a transplant.

We at NHSBT recruit potential donors from our dedicated blood donors.

If you sign up to the register and are asked to donate your stem cells, there are two ways it can be done.  If you are donating from circulating blood, in the four days preceding the donation, a nurse will visit you at home or work to inject you with a drug which vastly increases the number of stem cells in your circulating blood. On the fifth day, you will be connected to a cell-separator machine, without the need for a general anaesthetic. The machine collects the stem cells from your blood via a vein in one arm, returning the blood, minus stem cells, to your body through a vein in your other arm. If you are already a platelet donor you will be familiar with this type of machine. Occasionally, you may be asked back the next day for a further donation if the dose of cells obtained was not sufficient.

The second method involves removing bone marrow, which contains the stem cells, from your hip bones. This is done using a needle and syringe under a general anaesthetic in hospital. There will be marks on the skin made by the needle. You may be a bit sore afterwards and will need to stay in hospital for up to 48 hours and have a period of recovery at home of up to five days. Stem cell donations are given in hospitals or at a clinic.