“Blood and platelets helped us to build our life back”

Dave received platelets during his treatment for leukaemia. His wife, Holly, shares their story.

The first memory I have of seeing my husband Dave receiving platelets was on his fourth night in hospital, just a few days after his leukaemia diagnosis. "We’re going to give him seven bags of platelets" I was told. At the time I had no idea what platelets were, or that seven bags were a hugely significant amount. I quickly learned that platelets are a blood product and that they are needed to help your blood clot. We came close to losing him that night.

When Dave was receiving treatment, as well as the heavyweight chemotherapy drugs he also needed healthy blood, platelets, and eventually a bone marrow transplant. I have seen Dave hooked up, receiving bag after bag after bag of blood products in succession, regularly for weeks and months.

All of these products come from donors, without whom I wouldn’t have my husband and my three boys wouldn’t have their dad. I couldn’t even make a guess as to how many different people’s donations have gone into him.

When you donate, you give a pint of your blood. Giving a pint of blood as a healthy adult does not leave you with significant lasting effects. On the other hand, the blood you lose is somebody else’s gain and soon it may be flowing back into another body and in doing so be an absolutely vital part of keeping them alive.

Blood and platelets instantly gave Dave a boost during his treatment, he even joked that he felt like a vampire as he felt so different after his transfusions. He was really on a lifeline, the blood and platelets helped us to build our life back, it is sharing on just another level and we have so much love and gratitude for these incredible people. Thank you.

It has been a long tough bumpy journey; having cancer during a pandemic has meant Dave has been away from us for months at a time and shielding has been really hard. We are taking things one day at a time, but Dave is now in remission and we hope to get some normality back this year.

We have so much love and gratitude for these incredible people. Thank you.

Platelets are tiny cells that help your blood clot and stop bleeding.

Platelets last just seven days after they’ve been donated so we rely on people to donate regularly throughout the year.

Who do platelets help?

Platelet transfusions can help people with cancer and people who’ve lost a lot of blood after an accident, organ transplant or surgery.

Could you donate platelets?

There is a growing hospital demand for platelets and we also need new donors to replace those who can no longer give. More donors with A negative, AB negative and A positive blood types are needed to join the small community of just 10,000 donors across England regularly giving platelets. Platelets from donors with these blood types are safe to give to almost everyone and are constantly needed by hospitals.

If you are interested in donating platelets a simple assessment will be carried out when you next donate blood to check your suitability. 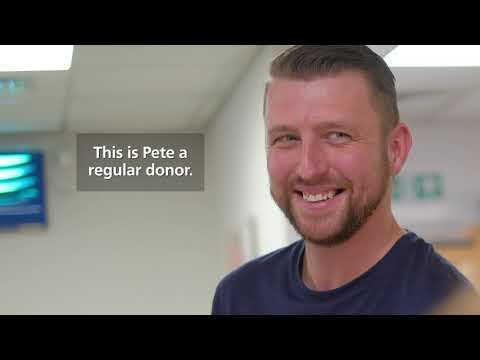 What to expect when donating platelets.