Zainab Mughal, aged two, has one of the rarest blood types in the world, which makes it difficult to treat her condition.

A two-year-old US girl who needs several blood transfusions to fight cancer has spurred a global campaign to search for compatible donors.

Zainab Mughal, two, has one of the rarest blood types in the world, which makes it difficult to treat her condition. NHS Blood and Transplant (NHSBT) played a vital role in the international search for donors and found a UK donor to donate. 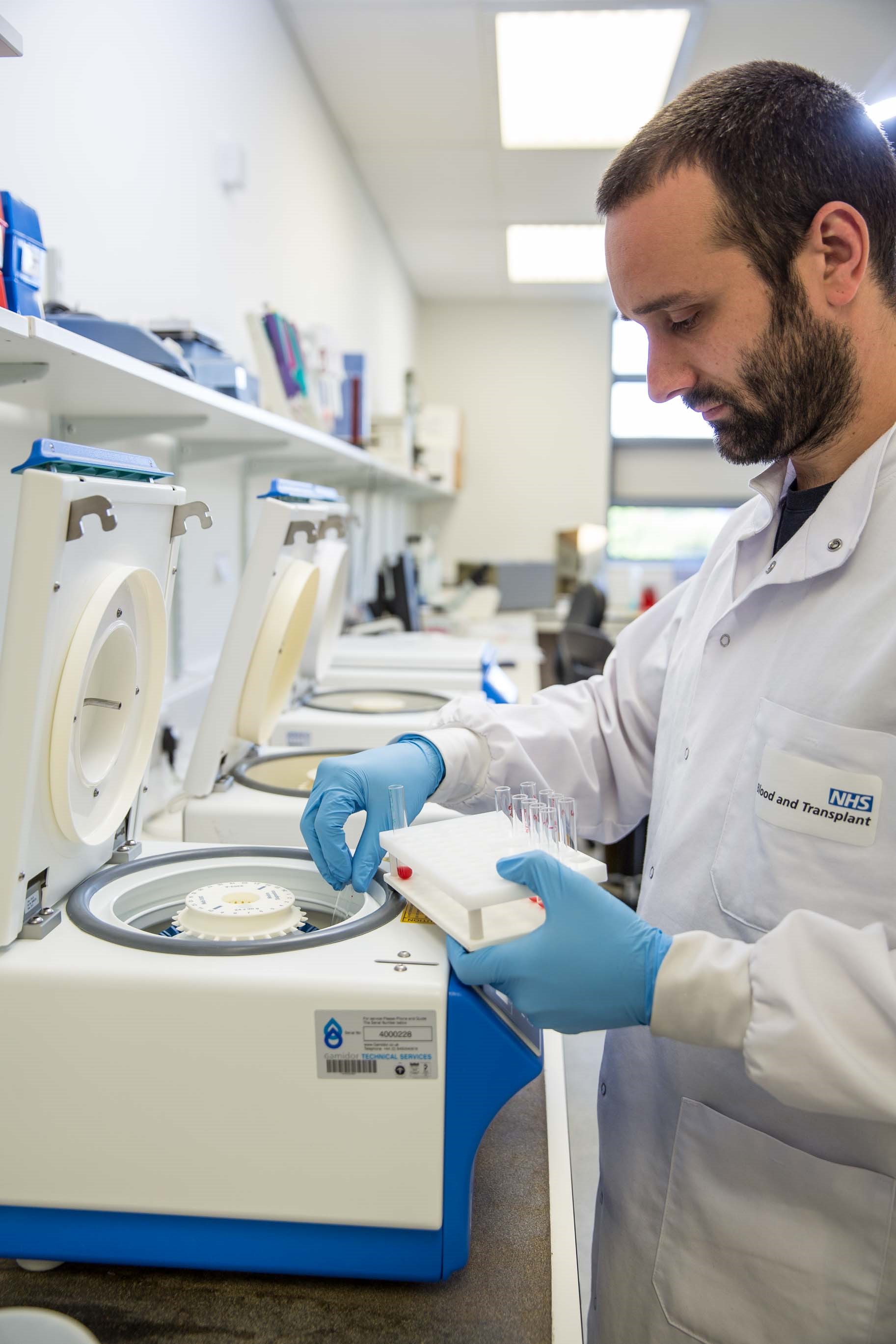 NHSBT has a specialist unit based in Filton in Bristol called the International Blood Group Reference Laboratory (IBGRL). The IBGRL carries out world leading testing and research in transfusion medicine – it’s a laboratory you go to for the specialised testing and information on the most complex and rare blood problems.

IBGRL’s work includes compiling and maintaining the International Rare Donor Panel (IRDP), which was created in 1965. This is a rare blood donor database with details of rare donors from 27 contributing countries and also frozen unit inventories from frozen blood banks around the world.

The IRDP was established and exists to enable clinicians around the world to find rare blood for those patients who need it. Specialists in other blood services can contact the Red Cell Reference team at the IBGRL to search the IRDP to see if there is a match somewhere in the world.

In this case, the Americans contacted the IBGRL team who then searched the IRDP and found a matching donor on the UK’s own rare donor panel. The donor was telephoned by the NHS Blood and Transplant consultant in charge of rare donors and they were asked to donate a unit, which was then tested by NHSBT’s Tooting site and supplied in liquid form to the United States. On occasions, very rare units can also be frozen and stored for future use at NHS Blood and Transplant’s National Frozen Blood Bank in Liverpool.

The donor was a 50-year-old British Indian mother of two from Nottingham, who preferred to remain anonymous.

She said: “I feel privileged that my blood donation has helped another human being.

"Having a rare blood type doesn’t tend to be at the forefront of my mind on a daily basis.

“Obviously, I carry a card stating my blood type just in case I am in a situation where I need blood because I can only have either my own or a specific kind from a donor with the same rare blood type.

“I didn’t know who the recipient was when I donated but I do know now, having read the coverage. I am very humbled that I have played a small part in aiding someone’s recovery from illness.

“There are many other regular blood donors who do a fantastic job by donating up to 50 or 100 times, whereas I have only donated 10 times.

“I do hope the publicity encourages more people to donate, especially from the Asian community, as even a single donation can make a massive difference to someone who needs it. Giving blood is something that most people can do.”

Dr Rekha Anand, the NHSBT Consultant Haematologist who manages the UK’s rare donor panel, said: “This was a team effort from NHS Blood and Transplant. The donor is always very happy to help. The credit goes to all our British donors, whose altruism is the key. We would urge more British people from minorities to also come forward and donate because we do not have enough donors from these backgrounds.”

Nicole Thornton, Head of Red Cell Reference at the IBGRL at NHSBT’s Filton site, said: “It was the combination of blood groups that made it so difficult to source units of blood for this patient. Most people have heard of the ABO and Rh blood groups. However there are actually more than 360 blood group antigens and new ones are still being discovered.

“This patient needed blood that was group A or O and also E-, but what made it really rare is that the blood also needed to be In(b-) . If she had been given the wrong blood, Zainab could have suffered a transfusion reaction which can result in serious clinical outcomes.

“The logistics of sending blood around the world can be incredibly complicated. But blood donation saves lives and we are really proud to help match up donors and recipients in these rare cases, in collaboration with our colleagues around the world, it really is an international team effort.”