NHS Blood and Transplant is now asking O negative donors to share their story with their parents, siblings and children, because there is a one in three chance that a family member will be O negative too. The appeal is targeted at people near the 23 permanent donor centres because the donor centres have more capacity for new donors.(2)

O negative blood is particularly valuable because it is the ‘universal donor’ type which can be given to almost anyone, making it especially valuable in emergencies when there is no time to test a patient’s blood type. There are a variety of clinical factors which mean O negative is often used for newborn and premature babies.

To inspire O negative donors to talk to their family and friends, NHSBT brought together a boy who needed O negative blood as a premature baby with one of the donors who saved his life.

The media is welcome to use the video of when Sebastian and Andrew met - it's available with subtitles and without. 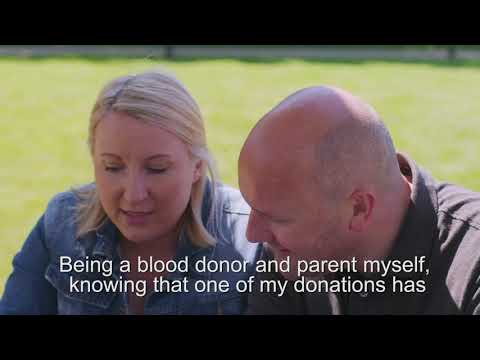 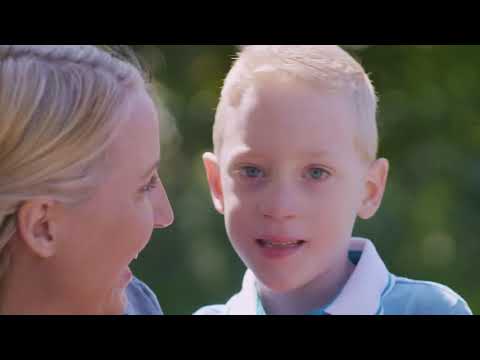 Sebastian Cockerill, now aged 6, was born in an emergency caesarean section at 25 weeks gestation. His bone marrow was not mature enough to produce enough red blood cells to keep him alive.

He received several lifesaving blood transfusions at Luton and Dunstable University Hospital’s neonatal intensive care unit including one with O negative blood from 43-year-old Andrew Spence, of Corby in Northamptonshire. 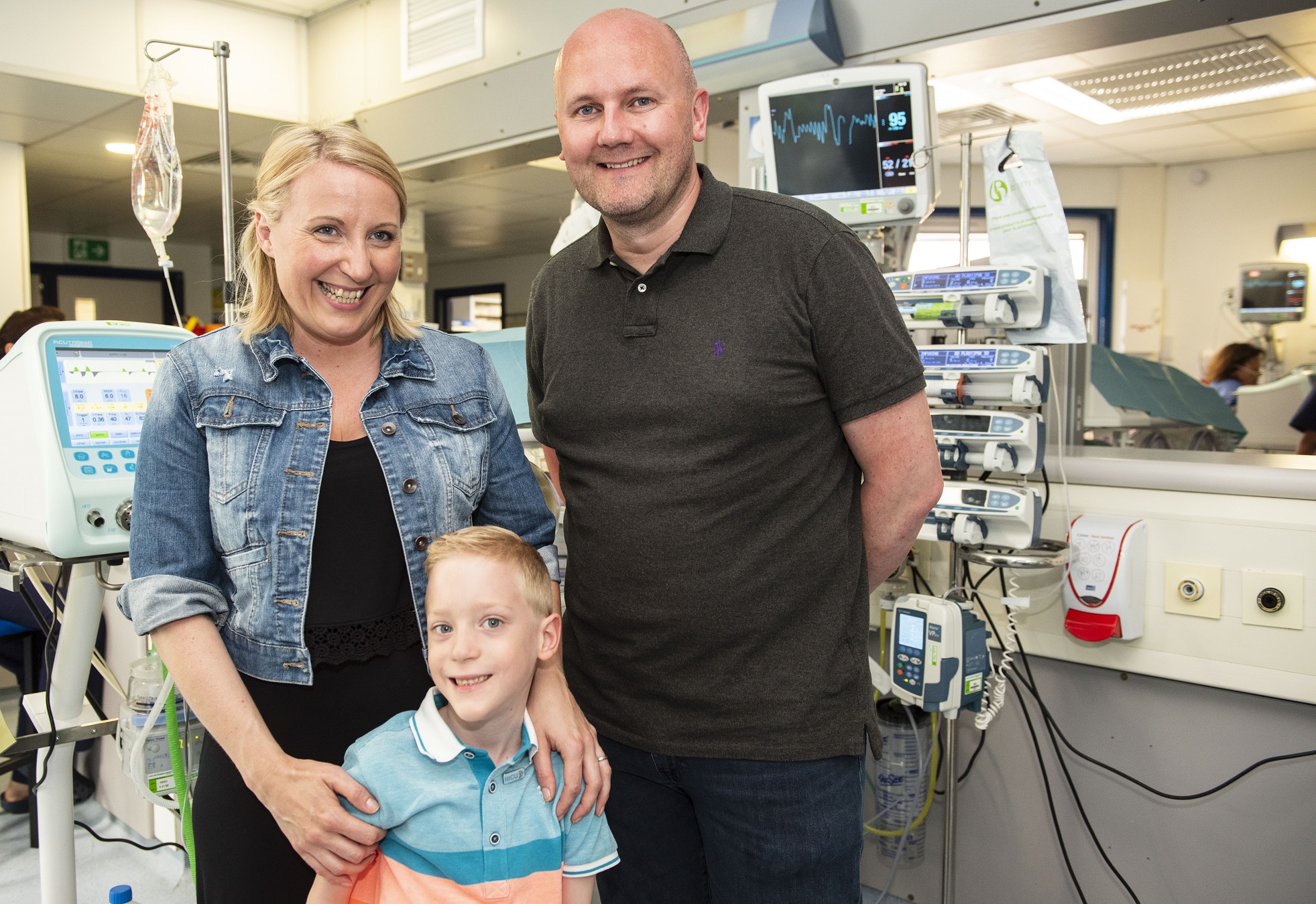 Seb and mum Helen, 41, from Sudbury in Suffolk, met Andrew at a park in Luton.

Seb gave Andrew a big hug in the playground and presented him with a card that said: ‘To Andrew, thank you for letting me have some of your blood’.

Mum Helen wiped away a tear and showed Andrew photos of Seb when he was born and they both visited the neonatal intensive care unit at the hospital.

Seb said: “The blood was in Andrew’s veins and it’s gone into my veins. People should go and donate blood and save lives like Andrew did to me.”

Andrew, who started donating through work and has given blood more than 30 times, works in digital marketing and is getting married to his partner in July.

Andrew said: “The day was fantastic - what an amazing emotional experience. Seb and his mum Helen were wonderful. He truly is a remarkable young man. 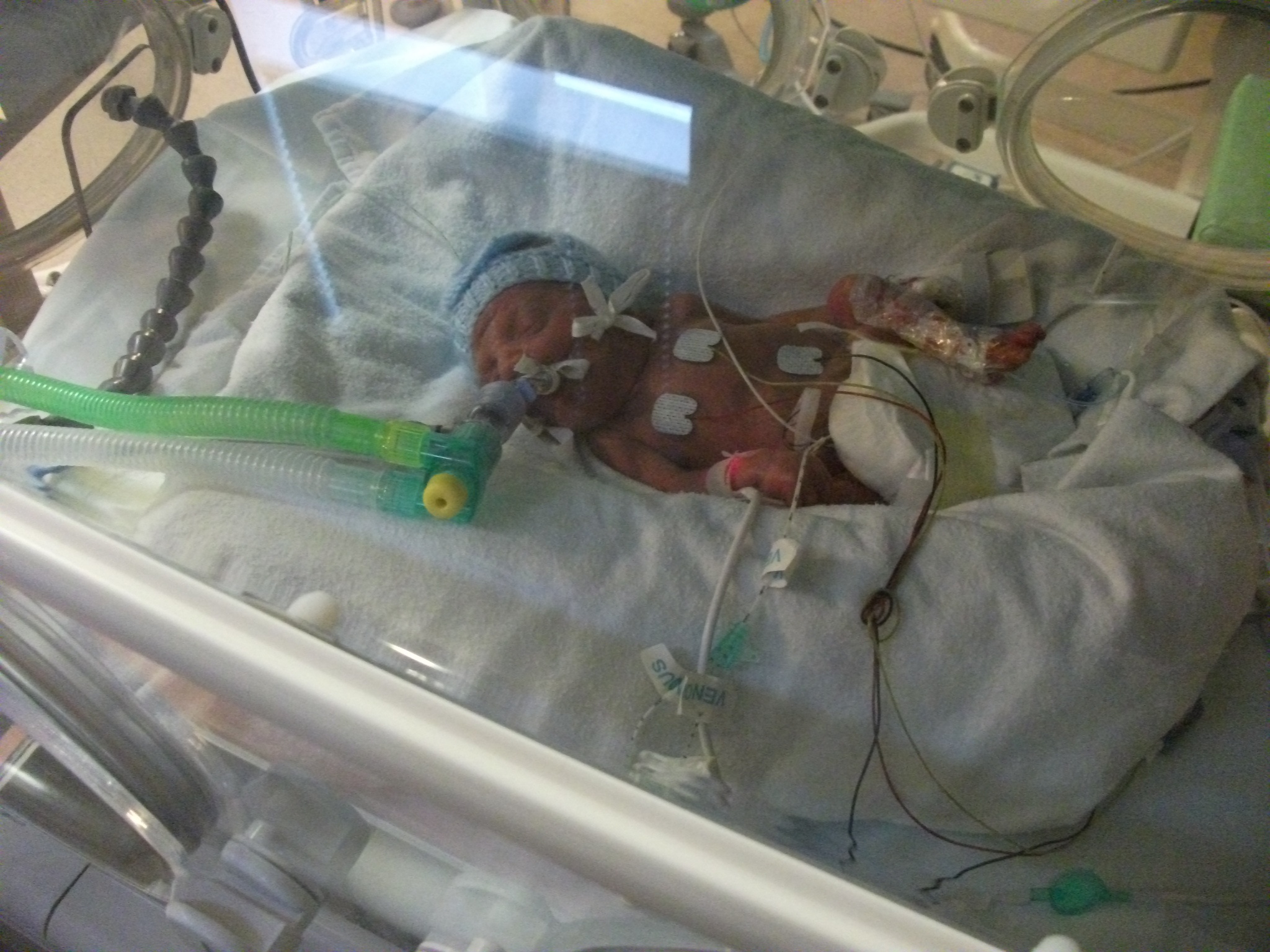 “Being a dad myself, and seeing the premature babies receiving critical care at the neonatal unit, brought it all to life and why being a regular O negative donor is so important.”

Helen said: “Seb was absolutely thrilled to meet Andrew and he has asked a couple of times now when we will see him again. Seb would not have survived without Andrew and the other donors.

“He has completed year 1 of school. He loves Lego and spending lots of time playing with his friends and cousins. It is so amazing to see after such a frightening start to his life.”

She added: “I don’t think people understand how important O negative blood is. Family members of people who are O neg - please go out and get tested.”

Helen, who is O positive, became a blood donor herself after Seb’s transfusions, and one of her units was subsequently issued to Luton and Dunstable University Hospital.

The long term demand for O negative is mainly being driven by the need to substitute O negative for a rare blood type more common in people of black heritage, called Ro. There is a rise in the number of people sickle cell disease with Ro blood who need regular blood transfusions.

NHSBT has reduced its overall number of donors in recent years because modern hospitals use less blood. However the rise in blood transfusions for sickle cell disease means hospital use of O negative has not fallen. Every year, NHSBT needs a greater proportion of its donors to be O negative. During 2018, NHSBT needed to make several urgent appeals for O negative donations when stocks dropped to half of the target level of six days. (3)

Mike Stredder, Director of Blood Donation for NHS Blood and Transplant, said: “We need an ever growing share of our blood donors to be O negative to meet hospital demand.

“If you are O negative, please talk to your family and share your story. There’s a one in three chance they are O negative too. They will find out after their first donation.

“O negative is essential for saving people’s lives in emergencies because the red blood cells can be given to almost anyone. Some of our O negative donations are used especially to save the lives of newborn babies.”

During National Blood Week, NHSBT is asking people to share their stories of blood donation and transfusion to stop people taking blood for granted. Whether you’ve given or received blood please share your story for National Blood Week #MyBloodStory #GiveBlood

(1) NHSBT issued 1.417m units of red blood cells in 2018/19, including 195k units of O negative. This is NHSBT’s highest ever proportion. NHSBT was created in 2005. Previous figures are not complete but the trend towards increased share O negative use has only come in recent years, driven by the increasing number of patients with sickle cell who are now found to need regular red cell exchange transfusions, where all their deformed blood is replaced with healthy donor blood.

(3) Modern hospitals use less blood because of two key things. Firstly, hospitals have treatments such as key hole surgery that reduce blood loss. And secondly hospitals have better evidence-based guidance to know whether a patient really needs a transfusion or not. All transfusions carry some risk so is always best to avoid a transfusion unless it is necessary.

There are four main blood groups – O, A, B and AB. O negative (the universal blood type) and B negative are particularly vulnerable to shortfalls. So, we want people with those blood groups to donate as regularly as they can.

There is an urgent need for donors with Ro blood. Only 2% of our donors have Ro type blood. Collecting enough is a constant challenge. Ro is often used to save people with the rare blood disorder, sickle cell disease. Ro blood is ten times more common in black people than in white people.

Helen, Sebastian and Andrew are available for interview including together on Thursday 13 June.

The media is welcome to use the video and there are more photos available.