Help in an emergency

Some of our O negative donors explain how they feel about having their blood blue-lighted to an emergency like the Manchester terror attack.

When a major incident happens, blood can be blue-lighted in an express delivery to hospitals close to the area.

Some of our regular O negative donors explain how it feels to know they have helped during the terror attack at the Manchester Arena on 22 May 2017.

Isabelle Orford's O- donation was blue-lighted to Salford Royal Hospital on the night of the Manchester terror attack.

"I'm 25, single and living in central Manchester, working at the Hallé Orchestra.

"I first gave blood in 2010 and have donated 25 times. My Mum is also a blood donor, donating 46 times herself, so there almost wasn't any question that when I was old enough I would start donating as well.

"Somehow, the enormity of the donation I gave last May didn't really register with me until I found out where it had gone. I’m so proud to have played a part in saving lives that night – directly or indirectly."

Simon's O negative donation was blue-lighted to Central Manchester Foundation Trust on the night of the Manchester terror attack.

"I’m originally from Maidenhead in Berkshire, I moved to Manchester around 20 years ago.

"I became a donor by chance. A few of my colleagues from work were going to donate at a drop-in session and I tagged along. I knew I was O negative, but until then I wasn't aware how important it was in being universally accepted and used in emergency instances when the blood group may not be known. Since then, I've made sure I attend whenever I possibly can.

"It’s extremely rewarding to know that, directly or indirectly, my donation made a difference on such a tragic night." 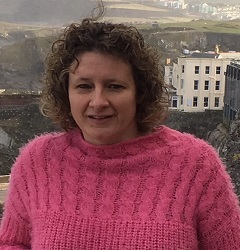 Sarah's O negative donation was blue-lighted to Manchester Royal Infirmary on the night of the Manchester Arena incident.

"I have been married for 25 years and have 2 children. I became a donor after my husband fell ill and was diagnosed with Non-Hodgkin’s Lymphoma. During his treatment he required plasma and blood transfusions from other donors and I realised that giving blood was vital.

"I am so pleased my donation went to help in such tragic circumstances. I have the text on my phone informing me that my blood was sent to Manchester Royal Infirmary and I’m so proud of that."

Sandra's blood donation was blue-lighted to North Manchester General Hospital on the night of 22 May 2017.

"I’m 53 years old, married, no kids. Working in cancer research, I was aware of the stories of tragedy and survival and understood why blood donations were needed.

I was further motivated when my only sister, a type 1 diabetic, eventually went in to renal failure and needed a transplant 8 years ago. I was lucky enough to be a match as a kidney donor to her, and she is well now and off dialysis and remains an inspiration to me.

"I am so happy that my blood was used in such an emergency. It’s the first time I've been told where my donation was used and its quite inspirational. 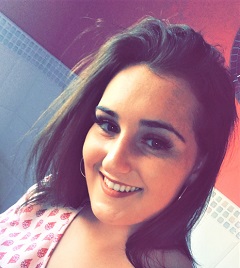 Beth's blood donation was blue-lighted to Central Manchester Foundation Trust on the night of the Manchester Arena incident on 22 May 2017.

"I am currently a Travel and Tourism undergraduate at Huddersfield University.

"I became a blood donor because my uncle has had many operations which have required him needing blood.
Also, I am O Negative and know how rare and valuable this blood type is for the NHS.

"I’m so glad my blood was potentially used to save the life of someone involved in something so horrific."

Help us to save lives. Register as a blood donor today.