The Organ Donor Register at 25

The NHS Organ Donor Register was set up 25 years ago in 1994. In that time it’s been responsible for helping to save up to 20,000 lives. Soon there will be changes that should help even more patients needing an organ transplant. But first, let’s look back at the roots of the register.

When Peter Cox was tragically killed by a brain tumour in 1989, his family made the decision to donate his organs. In doing so, Peter enabled others to have a new start. But that wasn’t to be the end.

Peter’s family were shocked to learn that there was no central register for organ donors. If it weren’t for the fact that Peter carried a donor card, or for the conversation they’d had as a family, they may not have known that he wanted to donate. So, for the next five years, Peter’s family – dad, John, mum, Rosemary, and sister, Christine – campaigned for a register to be created, and, in October 1994, the NHS Organ Donor Register was born.

Through its creation, they have helped to save many thousands of lives. Over 7,500 people who were on the ODR have become donors and now the Cox family are looking forward to the countless more lives that will be saved by the register moving to an opt-out system. 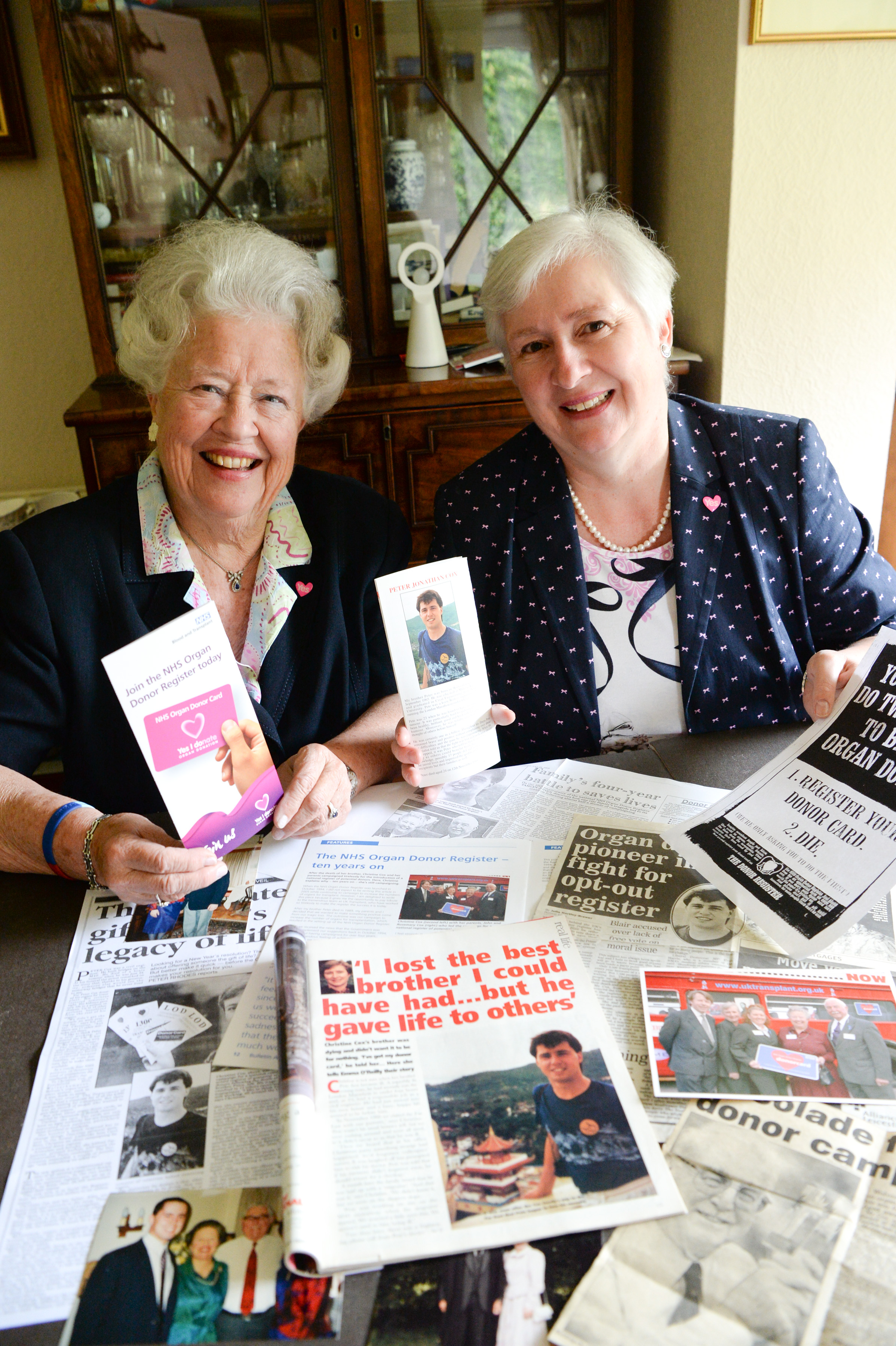 “As a family, we always wanted opt-out but were told it was unlikely that we would secure such a big change in policy, so we pushed for the NHS Organ Donor Register instead. We never gave up hope that this initial step, of securing a more centralised system for co-ordinating organ donation, would lead on to further advances and improvements to the process as the years went on.”

From spring 2020 in England and Autumn 2020 in Scotland, everyone will be considered as having agreed to donate their own organs when they die, unless they record a decision not to donate or are in one of the excluded groups (e.g. people under the age of 18 or those who lack mental capacity to understand the new arrangements). Wales has already introduced an opt-out system under its own devolved powers and Northern Ireland will also set its own policy.

Families will still always be involved in organ donation, so it is vital that your family know what your choice is.

“My brother Peter achieved an unimaginable amount of good by expressing his support for organ donation, and making his decision known to us as a family,” says Christine. “My hope now is that society will embrace organ donation with open arms and start a new chapter of a story that started 25 years ago.

“For us it’s always been about saving as many lives as possible through organ donation. Now the law change is happening it feels right to re-tell this part of our story to show future campaigners that it is possible for anyone to make a difference if you keep fighting for the principles you believe in.”

If the time comes, families find the organ donation conversation much easier if they already know what their relative wanted, so, in the lead up to the change in law, it is vital that families across England talk and share their decisions. The NHS Organ Donor Register will continue to play an important role in this – any decision recorded will be made available to families before organ or tissue donation goes ahead, to help them support what their relative wanted.

Donation will only go ahead with the family’s consent, but Peter Cox’s legacy has not only been to help to save many lives, but also to make thousands of difficult conversations slightly easier.