The Mayor of Brent donates

Sickle cell disease claimed the lives of two people close to Councillor Ernest Ezeajughi, Mayor of Brent, which is why he is supporting a charity that supports sufferers and their families.

When I was elected Mayor of Brent in summer last year, I thought very long and hard about which charities I would be supporting during my time in the role.

As Mayor, I have a big opportunity to make a significant difference and raise a considerable amount of money, so I knew it was a big decision to make. There are so many worthy causes to choose from. 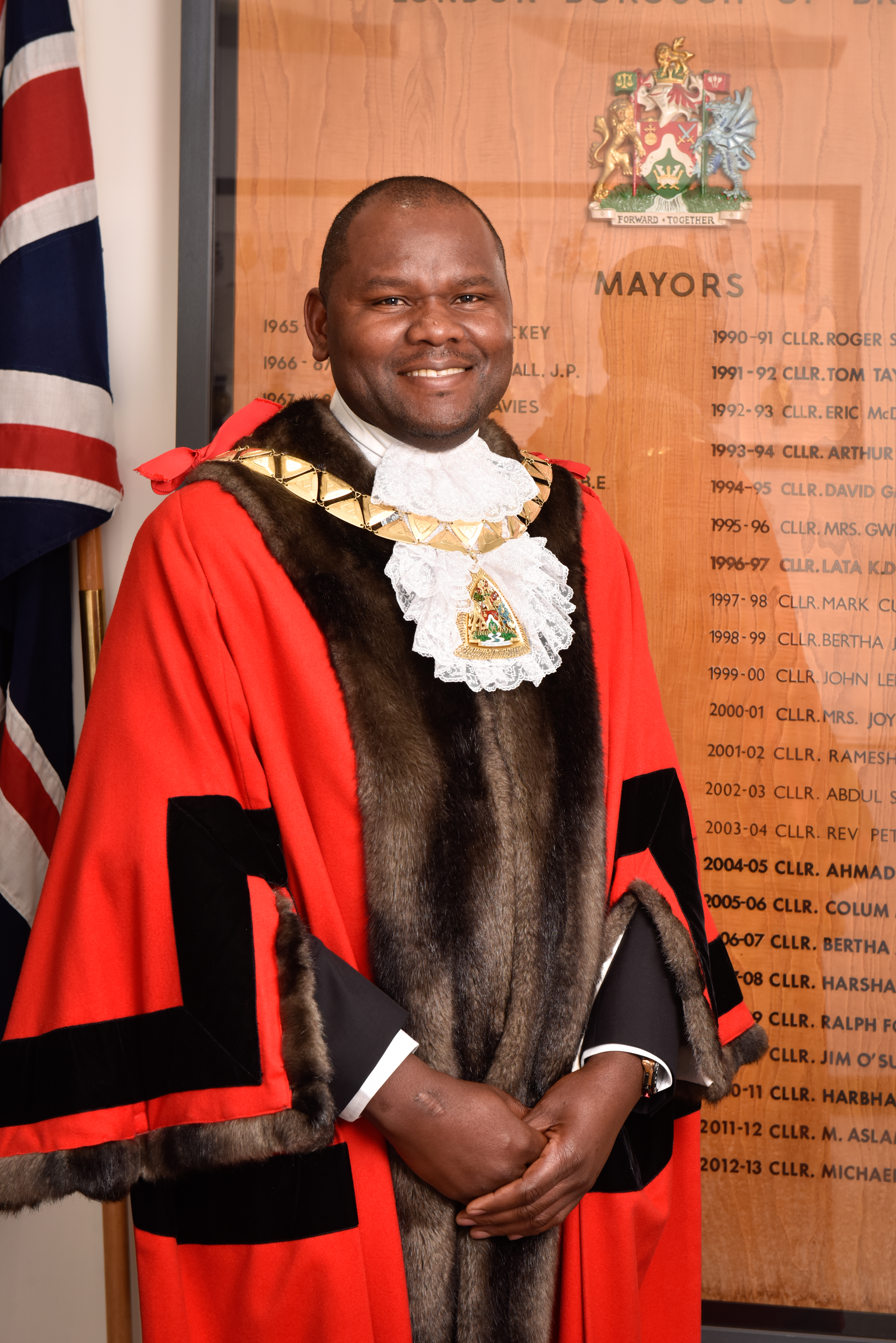 In the 1980s, I lost a cousin under the age of five to a deadly disease that affects red blood cells. It affected me immensely and I have held it heavy on my heart to this day.

Councillor Tayo Oladapo, who represented Kilburn ward, was a close friend and colleague of mine. After struggling with ill health for some time, he also passed away from the same horrible disease in 2016. He was a man of great integrity and represented the people of Kilburn with great dedication. We sorely miss him.

The condition I am talking about is sickle cell disease, an inherited disorder that causes red blood cells to develop abnormally, leading to intense pain, infections and anaemia.

There are approximately 15,000 people in the UK who live with the disease. It is a life-long condition, commonly affecting those of black Caribbean and African heritage. Brent is the most diverse borough in London and it is likely that a large number of people here live with sickle cell, or know people who do.

People rarely give sickle cell the attention it warrants, and I feel much more should be done to raise awareness, which is why I chose the Sickle Cell Society as one of my charities for my mayoral year.

The Sickle Cell Society provides information and support to sickle cell patients both locally and across the UK, aiming to improve their overall quality of life.

I am passionate about using my position to help people overcome this illness. 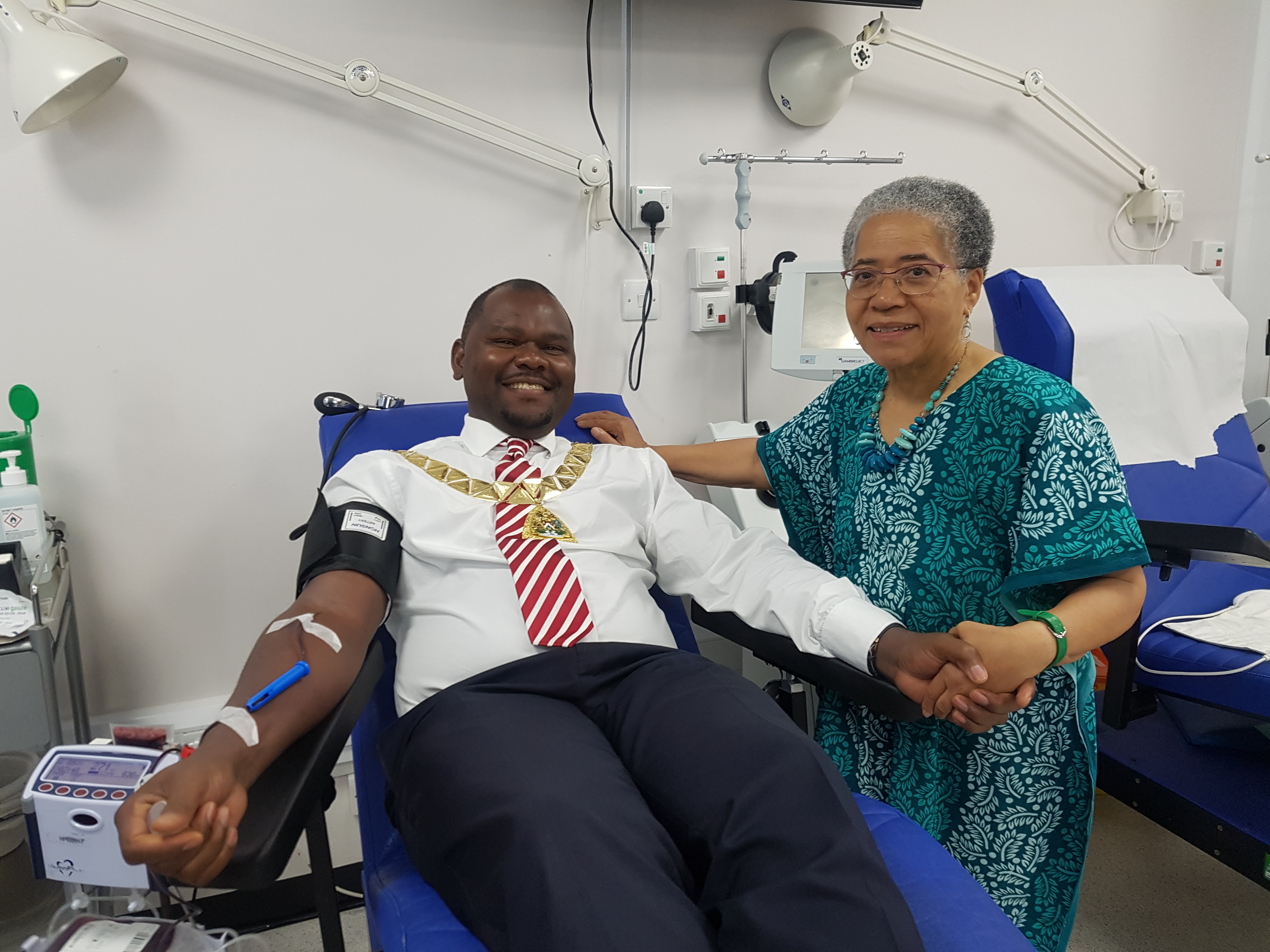 People who have sickle cell disease need regular blood transfusions, and some experience difficulty getting a matching blood type.

More black, Asian and minority ethnic blood donors are needed in order to maximise the likelihood of the people in need getting blood that will match.

(Picture: The Mayor of Brent with Professor Dame Elizabeth Anionwu, patron of the Sickle Cell Society)

A few months ago, during Black History Month 2019, I gave blood to highlight the impact that giving blood can have on saving lives, and encourage more black people to donate. Of course, I would urge everyone who can to give blood, regardless of ethnicity. But there is a particular need for donors of black African, black Caribbean and mixed heritage backgrounds, as they are more likely to have the rare Ro blood subtype that is vital for sickle cell patients.

When I think about sickle cell, I think of those who have lost their lives and remember how merciless this disease can be. But thankfully, if patients receive regular blood transfusions this can make a huge difference (and help) to prevent or relieve the painful symptoms and complications.

Why more Black donors are needed

Some rare subtypes are more common in specific communities, which is why we need more blood donors