"The generosity of others saved my little boy’s life"

In May 2019, eight-year-old Charlie Golden was hit by a car right outside his house. For 72 hours, Charlie’s life hung in the balance.

"A hospital nurse held his head for five hours as they couldn’t stop the bleeding," says Charlie’s mum, Lauren. "The doctors said they weren’t sure if he was going to make it."

Charlie had been playing with friends at his home in Aylesham, Canterbury. When it was time for them to leave, he wanted to show them a shortcut home.

"My husband called out to Charlie to be careful on the road, like he always did, and watched them cross from the window. That’s when he saw the car hit our boy, right outside the front door." 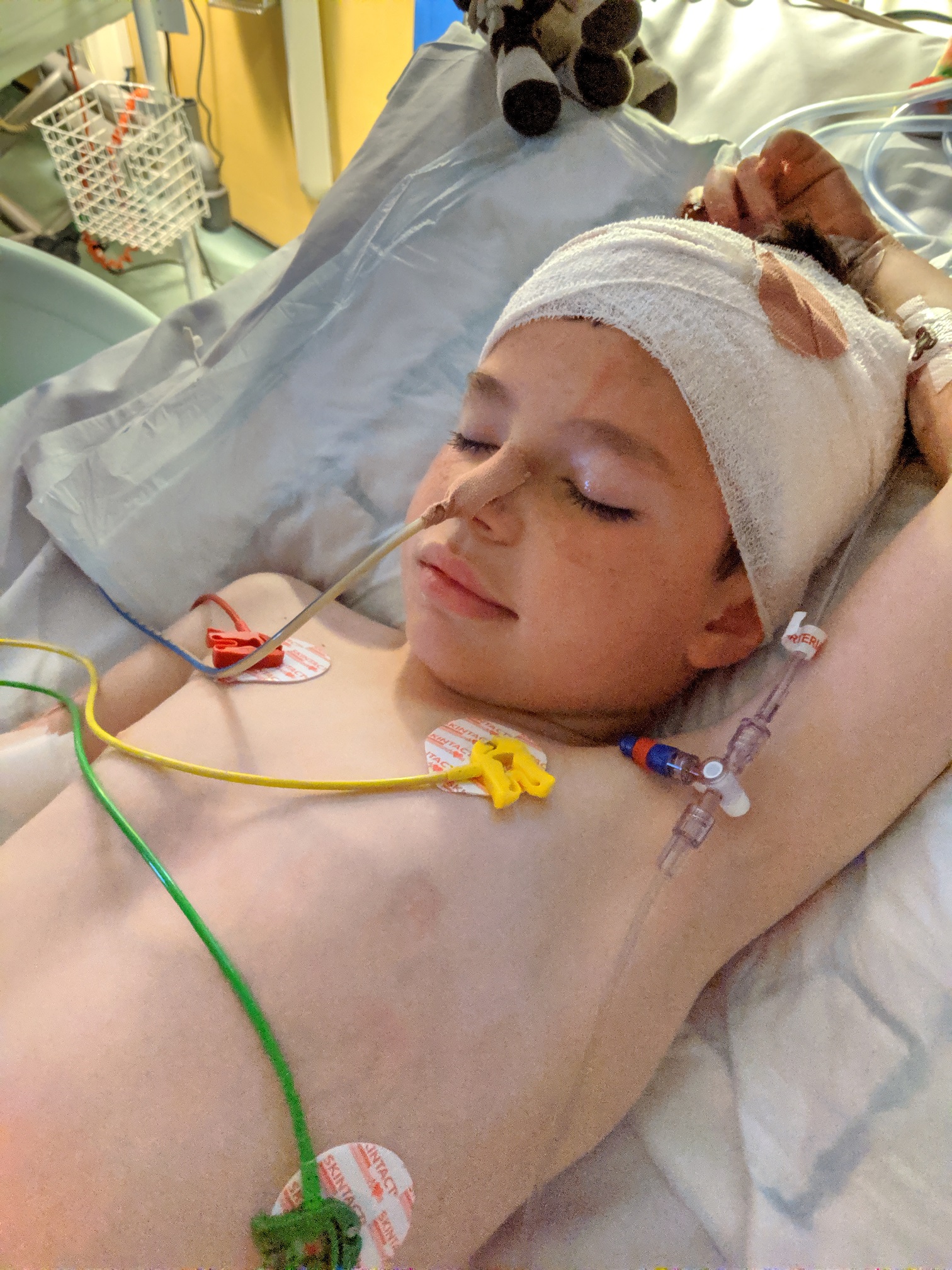 An air ambulance was called, and the injury was so severe that Charlie was put into a coma on the roadside before being airlifted to Kings College Hospital in London where he received two life-saving blood transfusions.

He suffered a fractured pelvis and a massive blow to the head that removed his scalp.

Lauren had considered donating blood before the accident but had not got around to it. She says, "I remember lying next to Charlie in his hospital bed and really wishing that I had donated.

"A few days after the accident, I put an appeal out on Facebook to all my family and friends pleading with them to donate blood as I knew that the generosity of others had just saved my little boy’s life.

"Blood is one of those things you just expect to be there when you need it, but I hadn’t stopped to consider where it comes from."

Charlie was in hospital for three months before he was well enough to go home, where he is looked after by his loving family: mum, dad, and big brother Joe.

Air ambulances and emergency response vehicles carry O negative supplies for emergencies. As an O negative donor, you are the lifeblood of the emergency services. You are a First Responder.

O negative blood is often called the ‘universal blood type’ because everyone can receive O negative red blood cells. This is why it is important in emergencies and when a patient’s blood type is unknown.

A brain injury means Charlie struggles with memory, but he’s back in school and living a happy, normal life.

Lauren and her husband Paul have since signed up as donors.

She says, "The other day, I received a text message telling me which hospital my blood has been issued at. All I could think of were those amazing people who received that same text when their donation saved my Charlie’s life.

"A lot of people played a huge part in Charlie surviving this terrible accident. Without someone somewhere donating the blood that Charlie was given, he would have died."