Thank you for the gift of life

A look into the blood group that plays a vital role in emergencies, as Rachael Harris expresses her gratitude and thanks to all donors after receiving an O negative transfusion.

But because O negative blood can be transfused into patients with any blood type, it is in high demand and often the first choice for transfusions in emergency situations.

In addition, O negative blood is often used for premature infants and babies who need blood transfusions as well as women who need emergency transfusions during a pregnancy.

Rachael Harris experienced the trauma of needing an emergency O negative blood transfusion when she sadly suffered an ectopic pregnancy in 2019.

I would like to say a heartfelt thank you to all blood donors. On 3rd December 2019, my 7-week pregnancy was sadly found to be ectopic. It suddenly haemorrhaged in my fallopian tube whilst I was waiting for another scan and I was in emergency surgery within minutes. I lost just over 2 litres of blood and had 2 O negative blood transfusions at Addenbrookes hospital which saved my life.

My husband is a blood donor and recently donated for the 12th time, he only started donating after our GP had suggested it to overcome his fear of needles!  I however always said I was still too scared of needles to donate. I’ve managed to avoid needles most of my life as I never really needed a blood test, I think it’s easy to be unaware or unappreciative of the gift of giving blood when it doesn’t directly affect you. In hindsight, on that traumatic day, I faced many needles and my life was saved.

One of the first questions to my surgeon when he visited me the evening of my surgery was “Can I donate blood?”. He told me I couldn’t, because I had received blood. My heart sunk, as I knew I couldn’t return that gift of life, which someone gave to me.

I will endeavour to support and encourage people to give blood in every way I can. I regularly go along with my husband when he donates to show support and give thanks to staff. Sometimes when you donate blood, you might feel quite far removed from that end person but ultimately, you’ve saved someone’s life.

I’m now pregnant again and thankfully everything is progressing well. I feel very lucky to have had my life saved and we are so very happy after our ordeal last December - I will forever be in my donor’s debt - thank you.

O negative blood donors are First Responders because they have the only blood type that can be given to patients in an emergency, when their blood type is unknown.

Collecting enough O negative blood is a constant challenge and we rely heavily on the support and commitment of our existing donors.

All blood types are important and we need all donors to keep donating to ensure we have the right blood type for when patients need it. You can find out more about your own blood type. 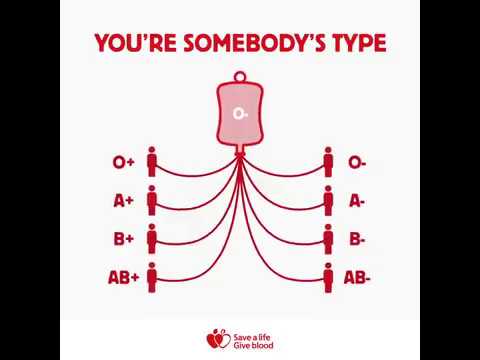