Striding back into the donor chair

It had been more than 15 years since Scouting for Girls’ singer Roy Stride’s last blood donation.

In the meantime, he’d scored a No. 1 single, penned a platinum-selling album and seen his songs streamed over 600 million times on Spotify.

But the first words out of his mouth, as soon as he was reclined once again in one of the donation chairs at the village hall in Cranleigh, somewhere between Guildford and Horsham, were “it’s good to be back.”

“There are very few things you can do in an hour that can have such an amazing impact,” said Roy.

It’s nice to be able to do something in such a relatively short space of time that can potentially save somebody’s life.”

The seats they have are amazing – you feel like an astronaut! 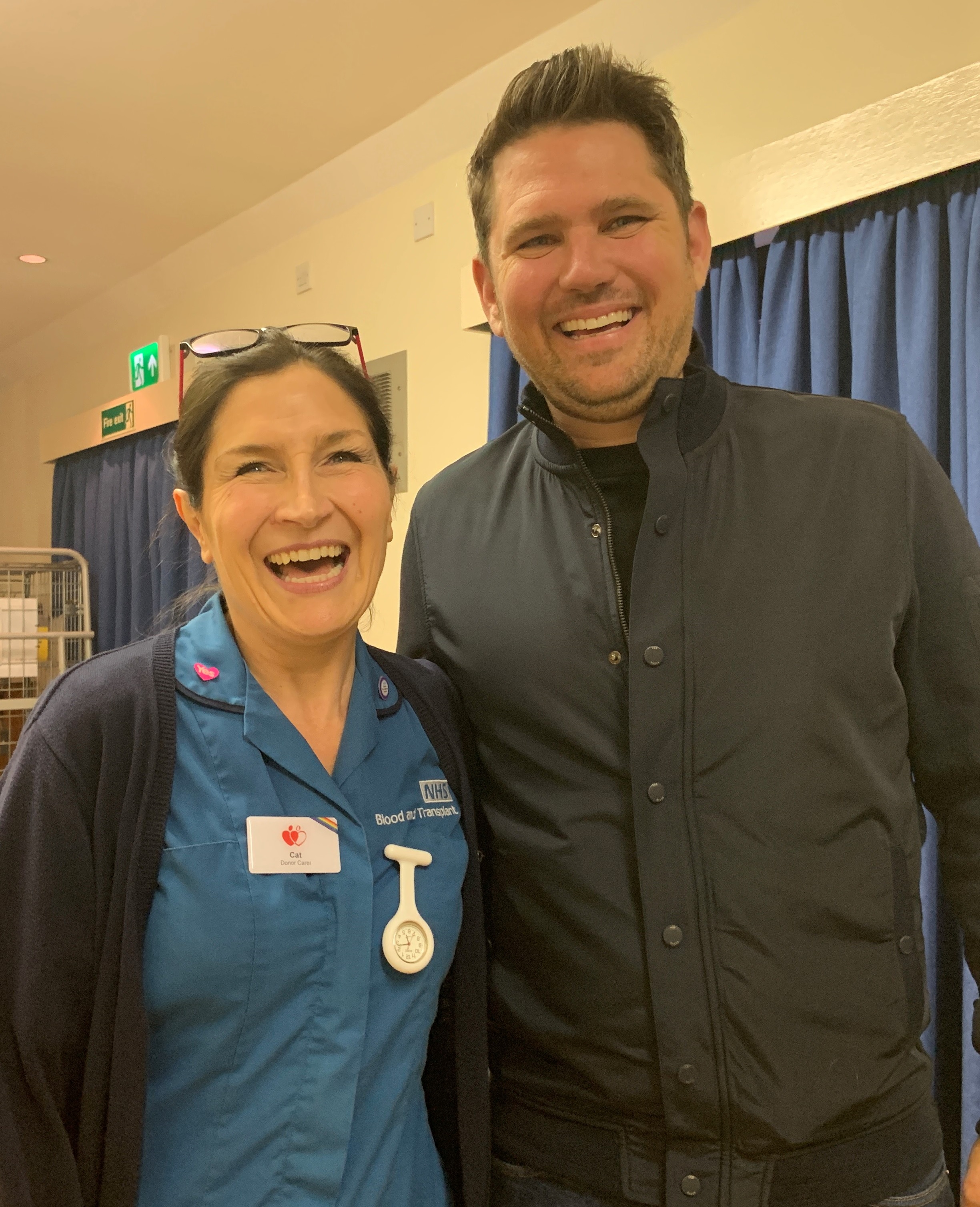 A very busy time with work, touring and family understandably stopped Roy from donating, but with his fortieth birthday looming ever closer, he felt the urge to take it back up.

“I’d stopped giving as much back,” he said, “but I think as you reach these milestones you start reassessing your life.

“I wrote down a number of things I could do over the course of the year, just trying to do some more stuff for other people.

“Giving blood is one of the first things that popped into my head.

“Having done it, it feels really great. It’s easier than I remember. It’s a pinprick and that’s it. The seats they have are amazing – you feel like an astronaut! You get to lie down in the middle of the day, which is rare. The staff are absolutely lovely, really funny. It was a really fun experience.

“If you’re thinking of giving blood, definitely get into it. Have a look on the website, register your details, and get involved, because how often can you do something that could potentially save someone’s life in such a short space of time?

"Something so huge and yet something that takes so little time – I feel good about myself.

"And you get a biscuit.”