Why certain donors are in demand for poorly newborns

We’ve noticed that a fair few of you are proudly posting pictures of your blood bags emblazoned with the ‘NEO’ label on our social media pages. And proud you should be. After all, those bags have been specially marked up to show that they’re to be used for newborn babies.

Nothing else comes close to giving you that warm, fuzzy feeling than knowing that your blood will help a tiny infant. 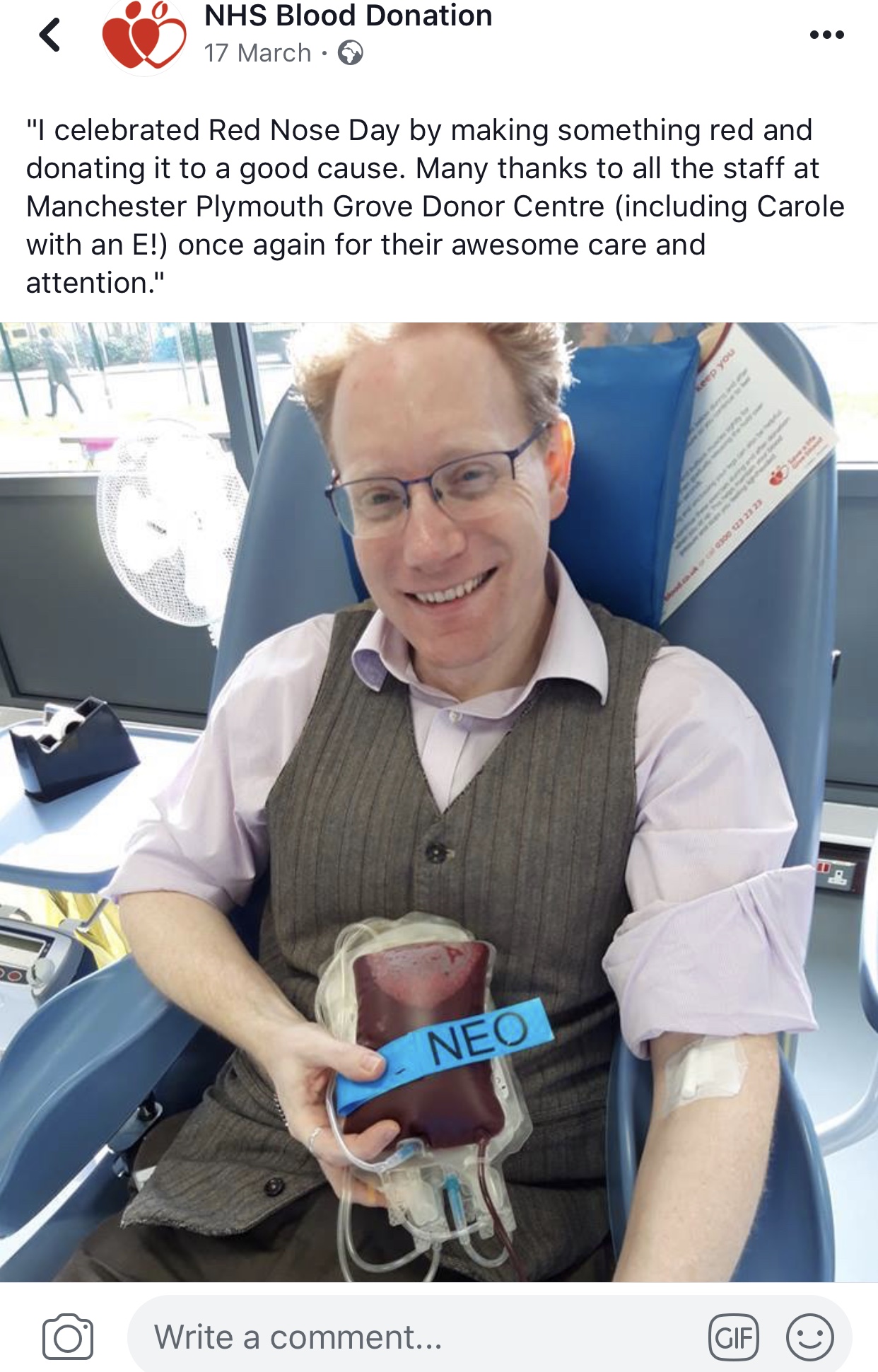 What is it that makes it so special?

Newborn babies can only be transfused with blood that lacks the cytomegalovirus, this blood is labelled CMV-negative.

CMV is a mild and very common virus, similar to the virus that causes cold sores or chickenpox – in fact, around 50 to 60 per cent of adults in the UK have had it.

It can cause mild illness with symptoms similar to the flu. It may also pass completely unnoticed with not a symptom in sight! People are often infected in childhood but those in good health produce antibodies against it and make a full recovery.

Once you have the virus, however, it stays in your body for the rest of your life, meaning that when we test your blood for antibodies to it, it shows up, even if you have had the illness years ago and have long since recovered.

Although CMV-positive blood is safe for most patients, it won’t be given to bone marrow recipients or newborn babies, for example. This means we have to give them blood from donors whom we know have never had CMV

The boys each weighed around only two pounds (less than a kilogram) at birth and were both given transfusions within a week. Premature babies have immature bone marrow that cannot produce blood quickly enough and the boys also suffered from necrotising enterocolitis – death of bowel tissue – and so needed more blood during the surgery.

Rebecca says, “The constant cannulas being put in the boys was heart-aching to see, as their veins was so small and tiny they would collapse most of the time.”

She adds, “We could tell when they needed a transfusion, they would go really pale and lethargic. Immediately afterwards they looked fantastic!”

There were more infections, lung problems, bowel blockages and stomas but, after 10 weeks, and more than 10 blood transfusions each, Noah and Oliver were finally discharged and able to come home.

They still have medical problems – for example Noah has had to have surgery for hernias – but the family were delighted they were able to be at home together, and the boys were no longer on oxygen.

Rebecca says, “When they first said about blood transfusions, we were scared. But they had so many it just became the norm. You start to think ‘where does blood come from?’

“People take it for granted that it will be there, but it’s only there because people donate. I don’t think people who donate blood understand just how much it is appreciated by the people who need it.

“The boys have both just turned four and are thriving. Without our wonderful NHS and blood donors, we wouldn't have our boys and we forever live in their debt.”

Please remember, whether you have had CMV before or not, your donations still count towards saving and improving people’s lives. Thank you.

Find out more about CMV

He says; “I started giving blood in my early twenties and I’m 53 now. My father was a keen blood donor, giving over 60 pints in his time. He would often ask me to attend with him, but I would say, ‘Next time!’ or, ‘I’m too busy!’. One day I surprised him and gave it a try.

“My only fear was the needle. I remember thinking ‘This may hurt…’, but as I looked down from the bed the needle was already in my arm, with me not feeling a thing!

“Having fathered three children, I have a wonderful granddaughter and my daughter has recently mentioned another on the way, I feel flattered that my blood is used to help newborn babies. This was a surprise to me and I feel very proud.”