I’ve spent most of my life in hospital

Calvin Campbell’s whole life has been affected by sickle cell disorder. It’s a serious blood condition but thanks to regular blood transfusions, Calvin says he can still enjoy work and family life.

"I experienced my first sickle cell crisis at six months old and from that point onwards, I’ve spent most of my life in hospital rather than outside of it. As a child, I was constantly in pain, so it didn't seem strange to me to be in hospital more than at home. 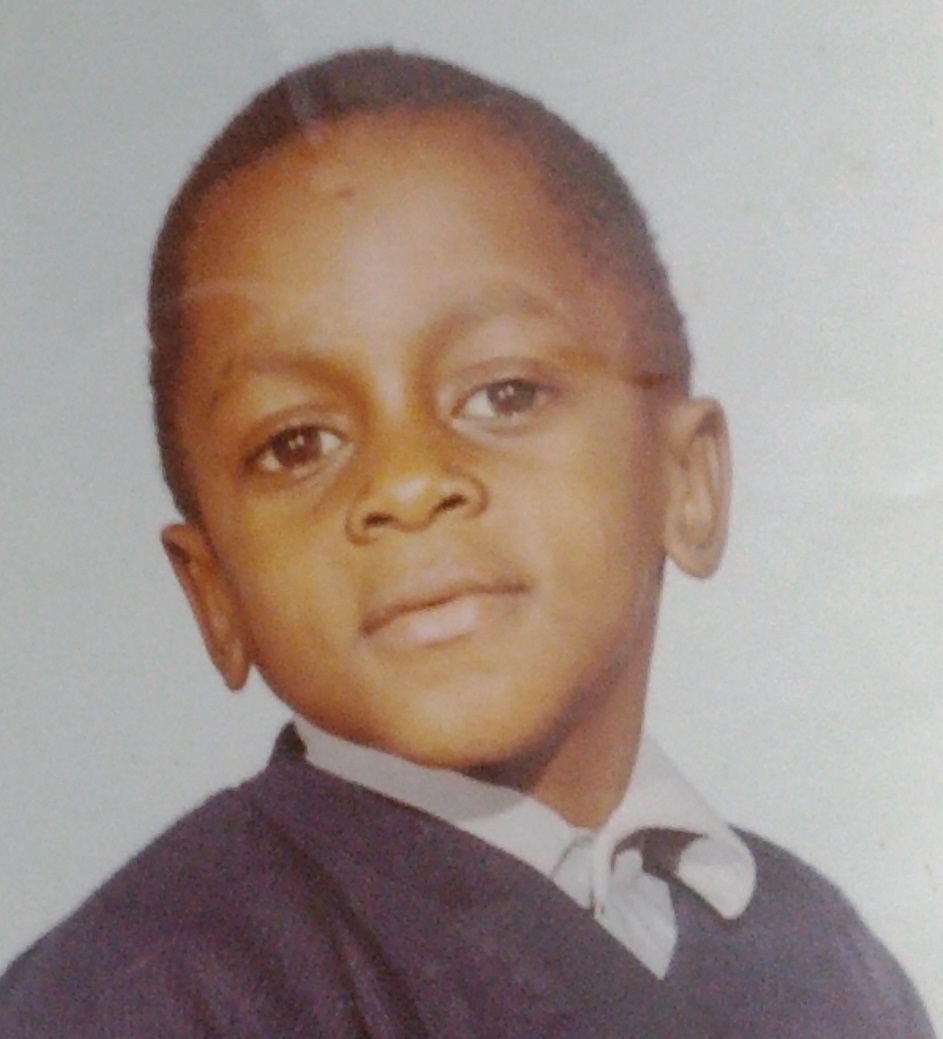 "One of the most difficult things about childhood was missing so much school and having to make up stories to my friends as to why I wasn't at school or just wasn't around much as a child.

(Picture: Calvin missed many months of school each year due to sickle cell disorder)

"I would tell them that I had travelled because of my father's job or I was on holiday. I would say anything to stop the other kids and even some teachers from asking questions, as I knew they wouldn't understand if they knew the truth. Sickle cell is more common in people with African and Caribbean backgrounds so I knew it would be alien to them.

"Eventually, I got tired of lying about what I had to go through and ultimately told everyone at school the truth and then started practicing martial arts to make sure that no one would bully me thinking that I was weak.

"My younger brother was unfortunately killed when he was 16, and he was my best friend so I knew he would watch over me and protect me.

"I learnt to deal with sickle cell as a child and all the problems it has caused me throughout my life, because my parents taught me to be strong and to never give up. To be honest, I was born stubborn and refused to let sickle cell stop me from doing what I wanted. I have never felt sorry for myself, regardless of how much pain I was in or what I was going through.

Until my daughter was six, she didn't realise that I lived in the same house as her because I was always in hospital and she thought that was where I lived.

"I receive ten to 11 units each time, automated in a cell separator, mainly because I sickle so much and had ulcers on both legs.

"I also lost all the skin and a lot of the flesh from just below my knees and down to my feet. I was in hospital for almost three years because of it.

"I was also sickling at the same time and spent three months in ITU. Having regular exchanges has made a massive difference and given me back my life as I knew it., as the ulcers lasted for almost eleven years.

"Having regular exchange transfusions is incredibly important to me, as it reduces the time I’m in hospital.

"Before the exchange programme I was spending an average of seven to eight months a year as an inpatient and frankly had no social life.

In the UK, 15,000 people are affected by sickle cell and more than 300 babies are born with the condition each year.

This inherited blood disorder causes misshapen red blood cells that can get caught in blood vessels, blocking the blood flow. This can lead to extreme pain (crisis) and life-threatening infections.

Many people with sickle cell need blood transfusions. These help to reduce and prevent a severe crisis, but to get the best treatment, patients need blood from a donor of the same ethnicity.

"This seriously affected my family and in particular my children, who have had to see me on some of my worst days. Until my daughter was six, she didn't realise that I lived in the same house as her because I was always in hospital and she thought that was where I lived.

"My son, who is eight years older, knew I lived with them but found it really hard. I would have to give him a bracelet I wore and ask him to look after it for me and promise that I would be back home soon to collect it.

"My partner had to look after the children a lot of the time on her own, as well as dealing with me being in hospital, so it caused a great deal of stress on her too.

"On a brighter note, the exchange transfusions have allowed me to do so much more with my life, including joining the B Positive Choir.

"We are a choir that is made up of people from across England, whose lives are affected by the lifesaving power of blood. Our members include blood donors and blood recipients, people who have blood related medical conditions such as sickle cell, our families, friends and people who work with blood.

Because of blood donations, my life has changed in ways I could have never imagined.

"I was previously a musician and made a living for many years writing and producing music for others. I have now (before COVID-19) been able to travel for the first time in my life with the choir, to Denmark and the USA, and it is only possible because receiving blood has kept me well enough.

"Travelling the world and simply getting on a plane for the first time was the most incredible feeling ever and I can’t stress enough how grateful I am to all blood donors who donate blood. Because of blood donations, my life has changed in ways I could have never imagined.

"Although the numbers are increasing, we absolutely need more black donors to give blood, as ethnicity does matter when it comes to blood transfusions. Black people are ten times more likely to have the Ro subtype than people from any other ethnic background and it is important to match Ro patients with Ro donors. However, the shortage of black blood donors makes it harder to find the best matched blood for black patients.

"I hope that more people will feel encouraged to donate blood, because they truly are saving my life and the lives of other people with sickle cell."