“If there hadn’t been blood for me, then I might not be here with my children”

Jenny Cairns almost died after the birth of her son, Charlie, when she haemorrhaged very severely. Donated blood saved her life. 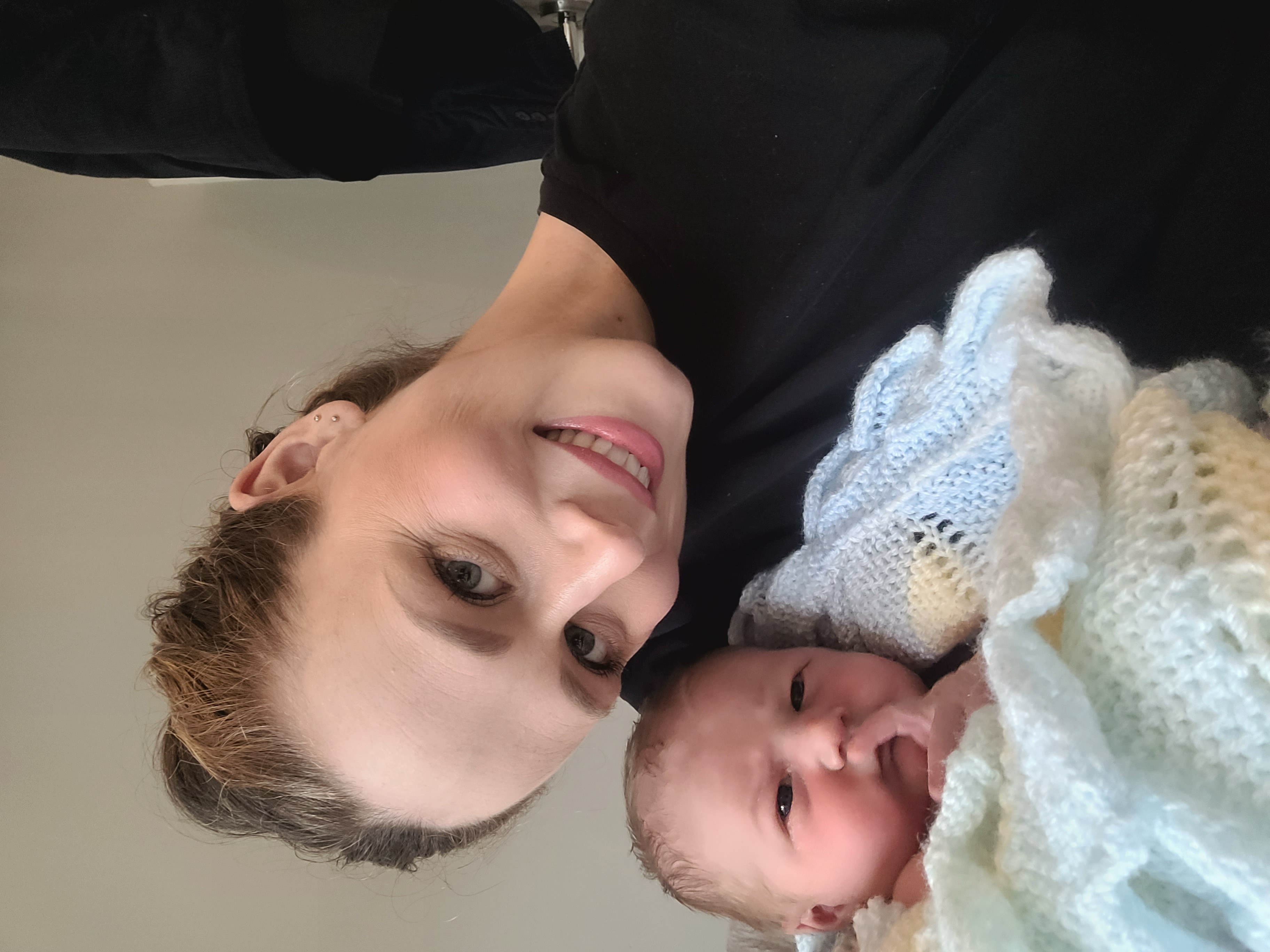 I had my son, Charlie, bang on his due date of the 3rd of January 2021, but after a normal delivery I failed to deliver the placenta. When the placenta did arrive, a 5cm piece had torn off and remained in my womb and it caused a major haemorrhage.  I lost three litres of blood from the placenta issue, which was classed as “catastrophic”. Once I had been stabilised, and had a uterine balloon inserted to help prevent a further bleed, I had a uterine inversion where my uterus spontaneously turned inside out and I lost a further two litres of blood.

After the first blood loss my veins collapsed and my cannula failed, so they couldn’t get any blood in me. They were finding it impossible to re-cannulate me but eventually an amazing intensive care unit surgeon managed to put a central line in my neck to get the blood in. From then I kept having to have more top ups. I understand I received ten bags of red cells and two bags of platelets overall.

Because of the issue with blood loss and my veins collapsing, my blood pressure wasn’t registering and they couldn’t get a reading. If they hadn’t managed to stop the haemorrhage when they did, and get the blood in me, I probably would have bled out and died.

I’m grateful every single day for the blood, donated by strangers, that was used to help save my life. 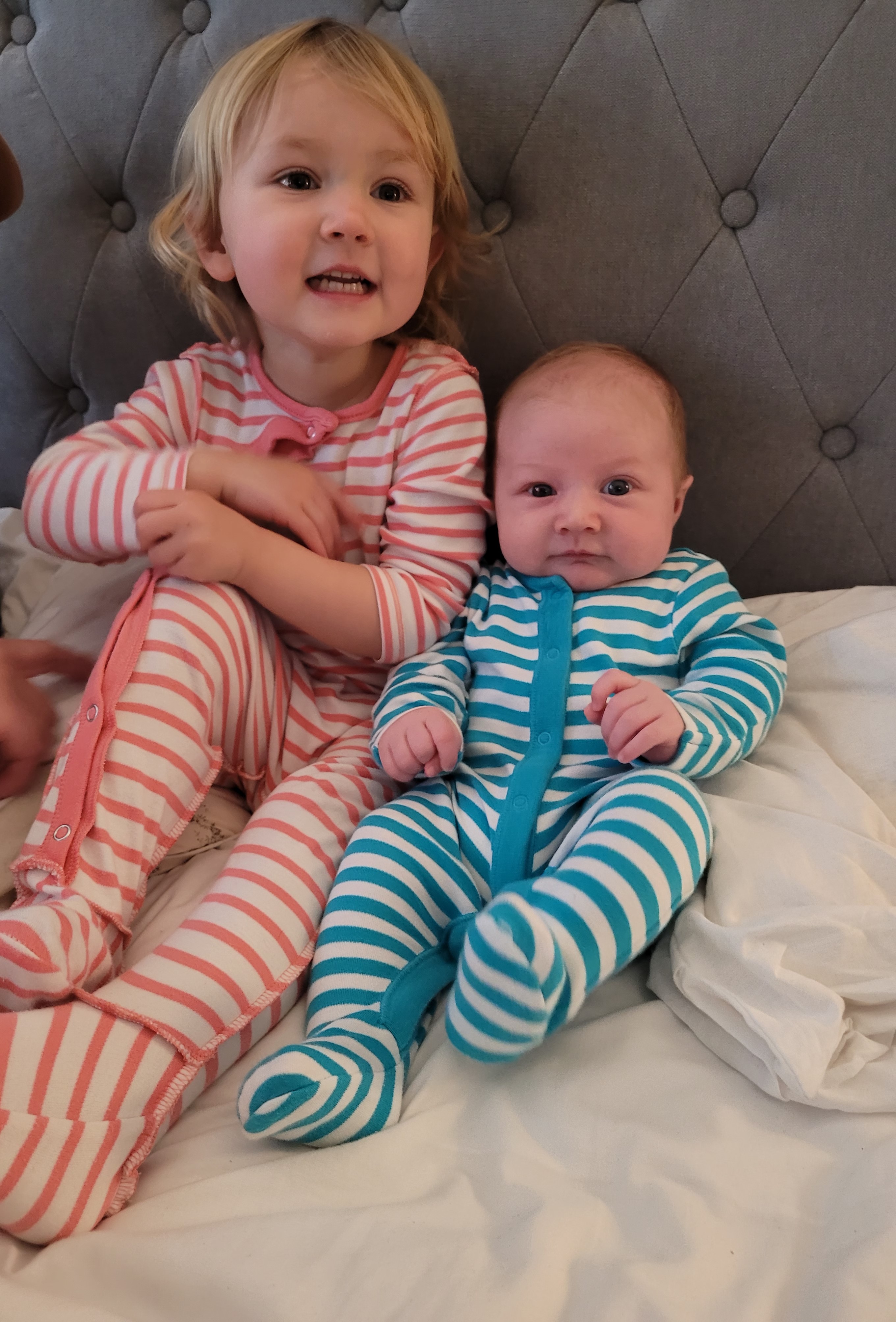 I was still bleeding for a while after the birth and the uterine inversion, but not haemorrhaging, and I kept having to have more transfusions because my blood levels were so low. As long as they kept me topped up I was ok and gradually my blood pressure improved. I stayed in intensive care for three days, and in total was in hospital for six days and was receiving top ups quite regularly.

My son turned one in January. He’s my second child, he has a big sister, Amelie, who is nearly four. We all live together, me, my husband Jordan, and the children in York. We go on days out, enjoy swimming, soft play and visiting farms, normal family activities. I have returned to work now, so the children spend a lot of time with their grandparents as well. We spend a lot of time with extended family and our amazing friends.

If there hadn’t been blood for me then I might not be here with my husband and children. I’m grateful every single day for the blood, donated by strangers, that was used to help save my life.

I used to donate before but obviously I’m not allowed to now, which is upsetting. I first started donating when I worked at the British Library: a blood donation van used to come on-site, and we could go during our flexi-hours. It would’ve been around 2007 and I did it sporadically for around ten years. But it was such a hassle to get blood out of my veins and it was painful, so it was difficult for me. I did it when I could and I only wish I’d donated more.

A lot of my friends have signed up to donate after what happened to me and are donating regularly, which I’m really grateful for and so proud of. I’ve been asking them to donate as I can’t, and I feel like they are making a difference for me. I regularly remind friends and family of my story, in the hope that it gives them the motivation to sign up and become a blood donor.

O negative blood is often called the 'universal blood type' because everyone can receive O negative red blood cells. That’s because O-negative red cells lack the antigens that can trigger a dangerous immune response in patients. This is why it is important in emergencies and when a patient’s blood type is unknown.

As an O negative donor you are the lifeblood of the emergency services. You are a First Responder.