This is Rebecca Shaw, who shares a love of motorbikes (and giving blood) with her dad. 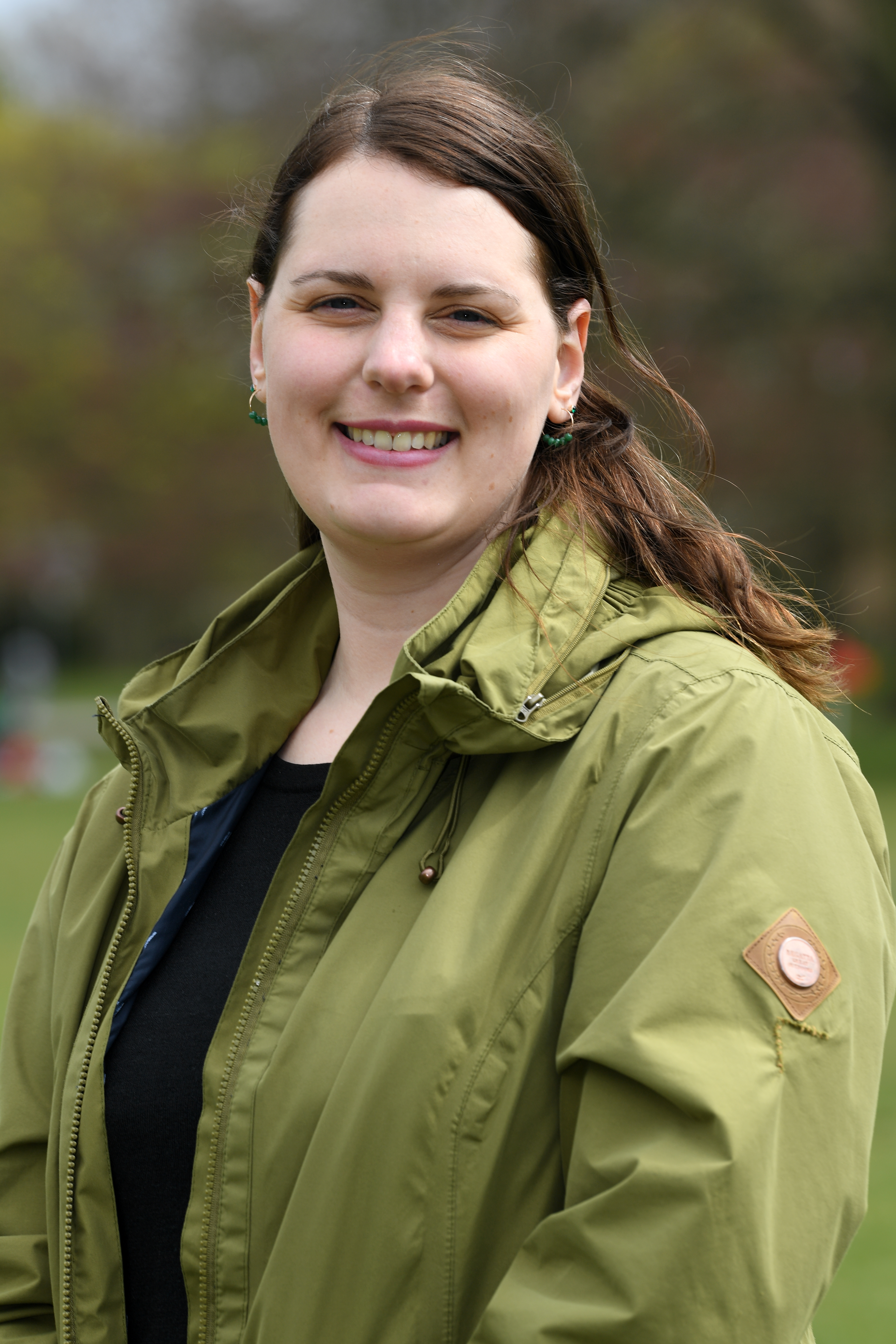 I started giving blood when I was 17 years old. I had recently started to learn how to ride a motorcycle and was encouraged to give blood by my dad. He has always given blood, so when I was old enough it was natural for me to donate too. We did my first couple of donations together.

(Picture: Rebecca has been donating blood for over 10 years)

I learnt to ride on a Yamaha YBR 125 and after passing my test I progressed to a BMW 650CS. My dad rides motorcycles too, he first started riding when he was 18. His first bike was a Francis Barnett 200. We’ve been on many trips together; I remember playing with toys in my dad’s sidecar when I was very small. We’ve been to the Netherlands a couple of times, with me riding as a pillion passenger and also independently. We did a John O'Groats to Land’s End sponsored ride for charity and other trips throughout the UK.

Unfortunately I don't currently have a motorcycle but I hope to own one again soon.

I am an administrator living in St Neots. I love to go walking, birdwatching and camping with my wife and friends. We are keen birders and enjoy visiting our local RSPB reserves and other nature walks. I love the escape from urban life, it doesn’t matter the season, there’s always something different to see. It could be the same bird or flower you’ve seen many times before but each view is a separate appreciation.

Dad was in the RAF at St Mawgan when he first gave blood in 1972. He told me it was done on a camp bed in the medical centre and the blood went into a glass bottle. There was still a cup of tea and a biscuit at the end! He was in the RAF for 27 years and was posted to various locations in the UK, Cyprus, Germany, the Falklands and the Middle East. 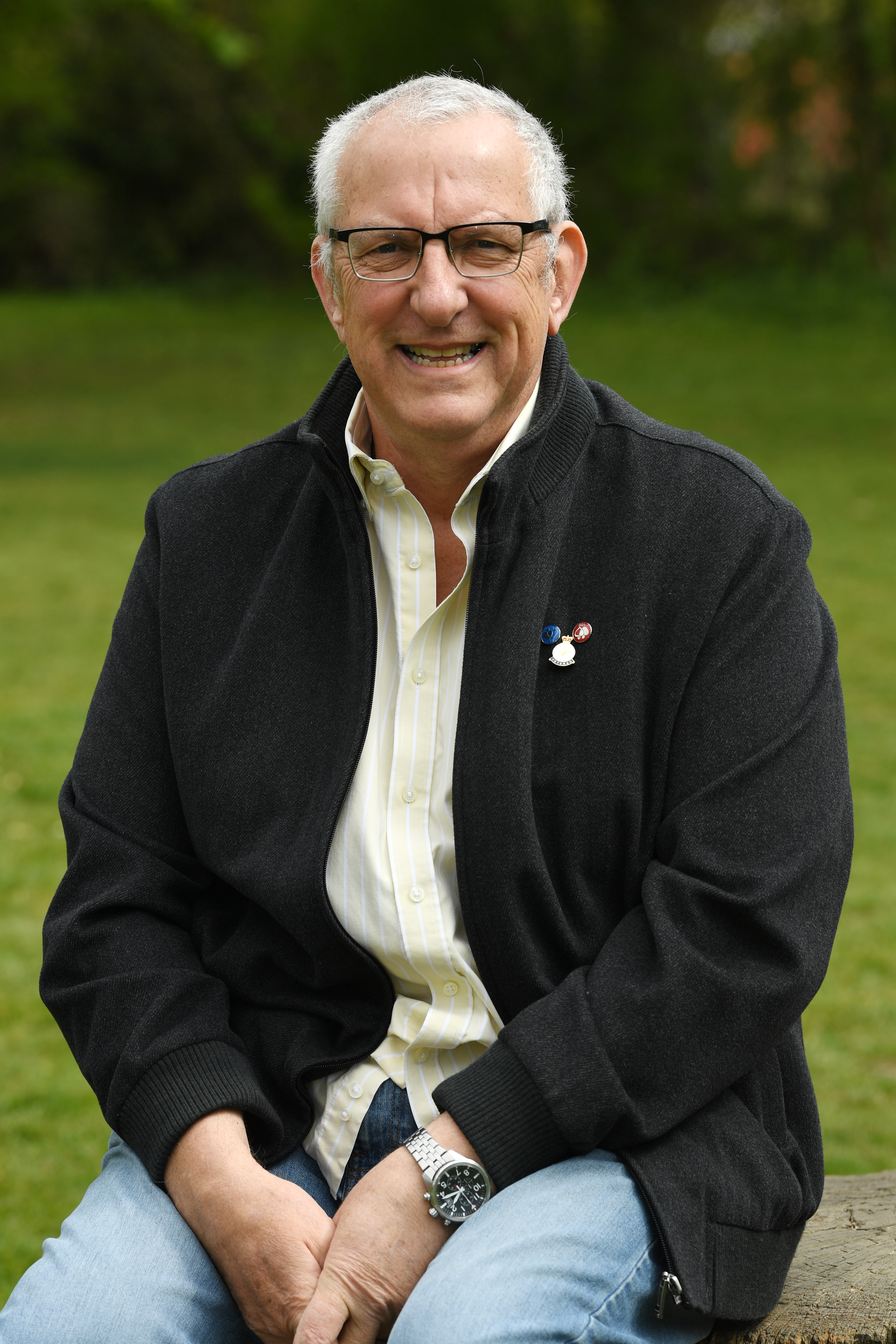 I am now 30 and I have given 42 units of blood, all at the Cambridge Donor Centre. I have only ever given whole blood and so am not at the donor centre very long, but I recognise some staff each time I go and they're always very friendly and we chat. I always take a book to read in the waiting area and when I’m having the drink at the end.

My Dad is 68 and has achieved 126 credits. This includes donating 20+ units of convalescent plasma and over 80 units of whole blood. He thinks it might be even more than this as the donations he made when he was posted overseas may not have been logged. Previously, my Dad donated locally but when he started donating plasma for COVID, the local centre that could take these donations was the Cambridge Donor Centre, so we were donating in the same place. Soon he is going to start donating platelets.

My wife donates and my mum also used to donate but had to stop due to health reasons.

I feel that if you're able to give blood it's the right thing to do to support society and the NHS. I support the work of NHS Blood and Transplant and encourage others to do so and I get a quiet satisfaction knowing that I’ve helped someone. I especially like the text updates we get now letting us know where our donation has gone. I see it more as a social responsibility.

My Dad says he donates because he’s full up with blood and “You never know when you might need some!” As a former motorcyclist he felt it was a good thing to do, that doesn't cost anything.

The donation that I gave in April 2020 stands out for me; we were still in lockdown and I was experiencing a lot of anxiety about the pandemic. I was really pleased to be able to attend my appointment as it meant that, if nothing else, I could drive to the donation centre and see other people! It was my first time driving to Cambridge in a long while. Until I changed jobs a few months previously, I had commuted to Cambridge every day and we were regular visitors to Cambridge for shopping and seeing friends. It was strange to drive down the same road, past friends’ houses and closed shops, it was eerily quiet. However, I did not miss the Cambridge traffic!

When I was in the donor centre my anxiety melted away. The controls that were in place to make it COVID safe and the friendly staff were very reassuring and the process of doing something routine and "normal" was very comforting. Not long after this my friend asked me about how I found the donation process as she was due to donate soon and I enthused about how good the centre was, in a voice note that she shared with the staff there.

I get a quiet satisfaction knowing that I’ve helped someone

Whilst donating, I participated in the INTERVAL study which was looking at how frequently blood donors could donate - I was part of the 16-week control group. If there are ever any trials taking place when I give blood I'm always happy to participate, whether it be changing the frequency of my donations or taking extra samples. I believe that taking part in medical trials is really important to help expand our scientific understanding and improve the processes for donors and patients.

I will talk about donating blood to anyone who will listen! I encouraged a friend and my wife to start donating and, whenever asked, I'm happy to talk about my experiences and why I believe it's important to donate if you can. You never know when you or a loved one might need to receive blood, it's a really simple and quick thing to do that could save a life.

Emma has been sharing the joys of blood donation (and tasty burgers) with her friends.

Donating for so many years, I’ve given over 450 armfuls.

This is Willy Pannocchia, an actor and blood donation maestro from Livorno, Italy.