This is Mary Wilson Matthews, whose journey has taken her from one side of the Atlantic, and one side of blood donation, to the other.

I was on holiday in Mexico when I met my husband.

It was the summer of 1993. He was beautiful and British and neither of us knew the adventures that lay ahead of us.

One of the first took me across the Atlantic to England during the week of Guy Fawkes Day. Being from the States, I was unfamiliar with the traditions of the day. My husband told me that the effigy being thrown on the fire represented Americans.

I was getting to know what kind of prankster he was.

Years passed. We married and I found a job as a dental technician. I’d only worked in a small two-person lab in the States before, so I wasn’t used to getting together with colleagues for outings, but this was a much bigger place and my department was quite a close group. I loved it.

One proposed outing was to a blood donation centre around the corner from the lab. I needed no convincing – I was up for it! “What a great thing to do,” I mused.

Helping people in a more physical, personal way is just the thing I love doing. Charitable monetary donations are great and are much needed but giving blood seemed so much more personal.

After work on the day it had been decided, I joined my husband and some of his cohorts at our local pub. Bursting in with the exciting news of what I was going to do, I was met with stern and serious looks from just about everyone there. Puzzled, I asked what the problem was. My husband said there was a problem and I wouldn’t be allowed to donate.

I was incensed to say the least.

Why? I needed to know!

He told me it was because I was American and my blood wasn’t good enough for the NHS. They went on making up stories and tried their best to convince me.

I still wasn’t convinced. I should have known it was another prank!

The next day I went ahead to phone the blood donation service and asked them the question. As I suspected, I was told that the guys were having a joke at my expense! There was a definite chuckle on the other end of the line too.

Despite all the laughing and joking, I made that donation and several others during the ensuing years, feeling really positive about what I was doing.

Time moved on. I started a new job at a much smaller place and the donation centre was no longer convenient for me but I still wanted to do something. Finally, I went online and found a session that I could attend after work and I even convinced a colleague to go with me, but at the haemoglobin check I was informed that my levels were not high enough to donate. I tried again a few months later and the same thing happened.

I was told to check with my GP to see if something was wrong.

That’s exactly what I did and she referred me to the haematology department at my local hospital. A number of months later I was diagnosed with myelodysplastic syndrome 5q-, meaning my bone marrow doesn’t make enough viable red blood cells to carry the necessary amount of haemoglobin. 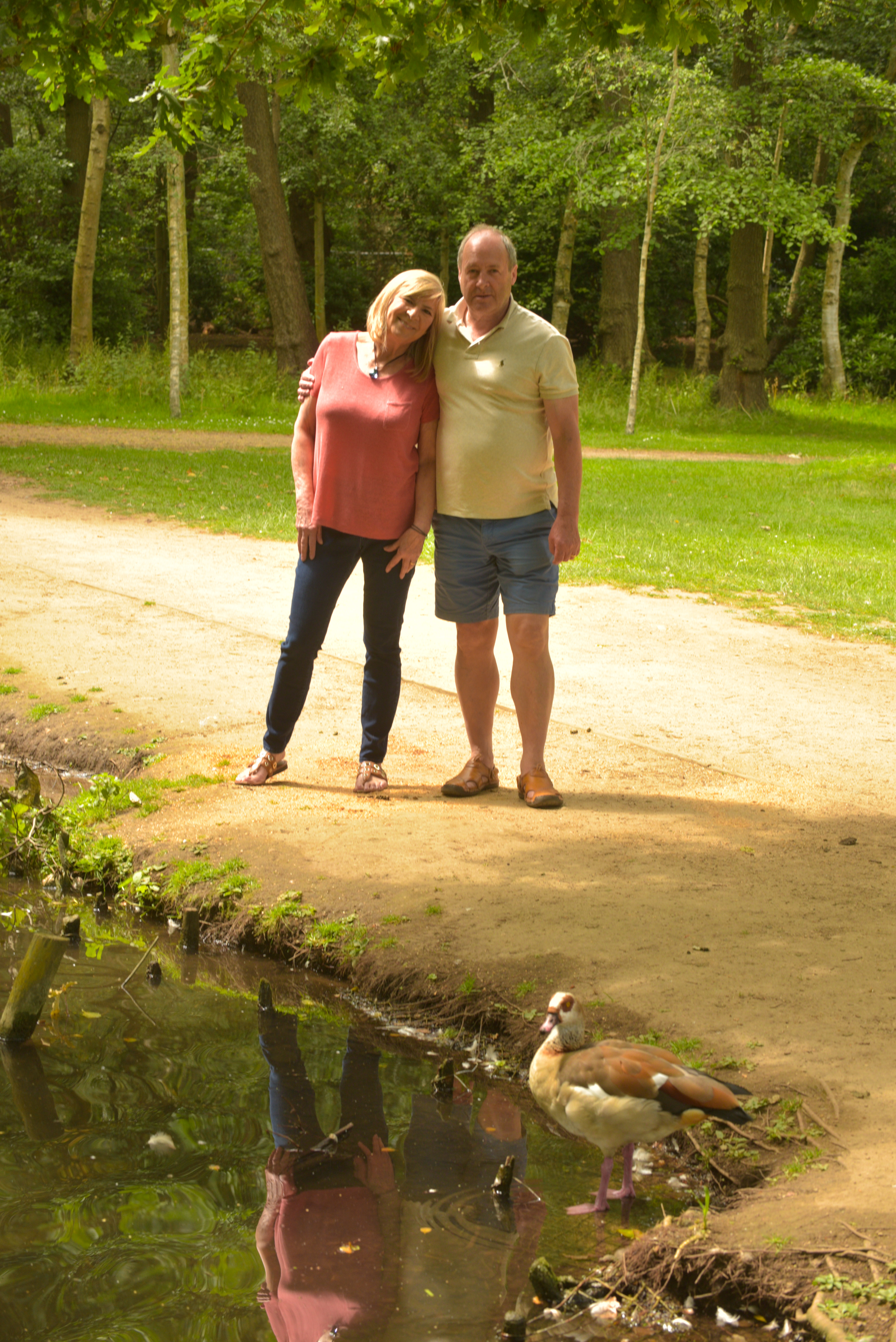 It left me feeling weak and extremely tired. I went from doing HIIT classes three times a week in the gym to only being able to do one mild stretching session – feeling exhausted even after that.

I was napping during the day. Something I had never done before.
Months of taking medication only kept the problem at bay, so I am now receiving blood transfusions every three weeks to maintain my haemoglobin levels.

These days I work as a supporting artist in films and television. It’s something that I absolutely love doing. I even have to be careful with that, though, making sure my bookings don’t interfere with the many transfusions and hospital appointments I need to attend now.

Luckily, I can be very flexible with the bookings. I certainly wouldn’t be able to have a 9 to 5 job now.

My donations earlier in my life weren’t nearly enough but I’m really happy I’ve donated and have encouraged others as well. It’s strange to be on the other side of blood donation nowadays, but I still do what I can – my filming provides me with a platform to encourage new blood donors as there are as many as 200 people on set at times.

I speak to all my friends about donating and I pass out leaflets to anyone who’ll take them, as well as placing them in businesses and shops, but I simply can’t emphasize enough how important blood donations are.