My father served in the Royal Navy during the Second World War. He was routinely ordered to give blood to help with war needs but he kept giving blood, twice a year, until he was around 67 years old.

The number of times he donated during the war was never recorded but he gave around 50 'pints' after his war service. He instilled in us, his children, an ethic of, ‘You can soon make some more, so give some to those that can’t and make their lives better.’

As soon as I turned 18, I went with a friend to the local church hall where there was a blood donation session and gave my first donation with absolutely no problems.

My friend dropped out not long after, but I kept going twice a year for several years. The norm then was to donate up to twice a year, beginning when you were 18, up to retirement age (and only after that if the doctor said that you could). Incidentally, my three brothers and my sister all give blood too – although not as many as me, so the sibling boasting rights are all mine!

After many years of giving blood, I received a letter from the Blood Service asking me if I would consider donating plasma as they had found a useful component in my blood. I said yes and, satisfying the various requirements, including having at least one good vein, I began donating once a month, continuing for around six years.

You will be surprised how quickly the number of donations mounts up, and with each one you’re helping someone to have a better life

I worked a shift pattern at the time, meaning I had days off in the week and could get to the sessions at my nearest plasma donor centre in Birmingham. I live in Wolverhampton and was able to buy a cheap rail ticket, so I’d go and visit the museums and galleries after the session and make it into a day out.

I had to stop the plasma donations when the process went to a two-arm donation system. I had a ‘premiership’ vein in my left arm, but the one in my right was ‘third division’ and couldn’t be easily used, so I was asked to go back to whole blood donation. 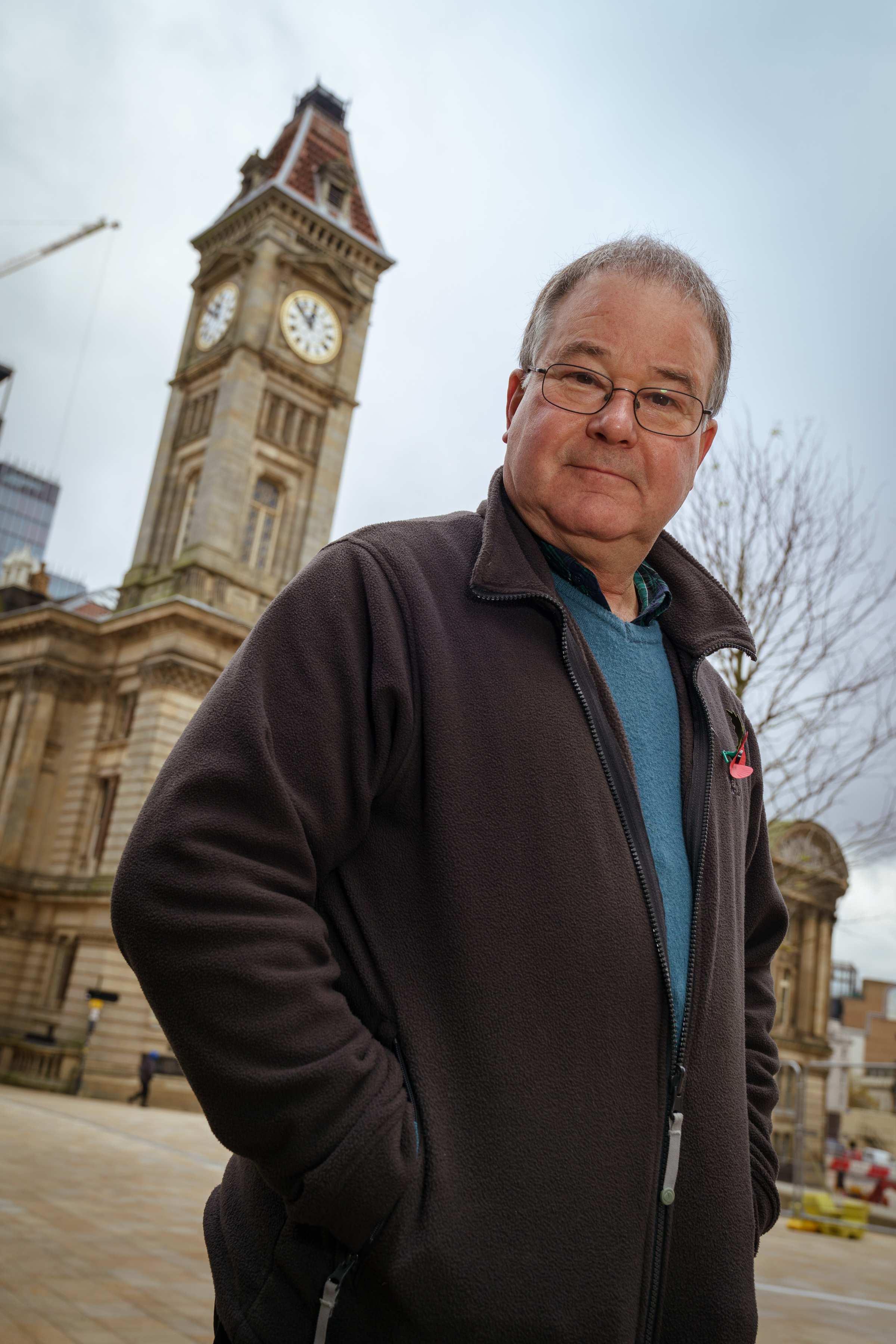 After a few years of that, I was asked to try platelet donation. A sample was taken and sent off and I was found to be suitable. So, I made the switch and that’s what I am still donating now. I still go to the Birmingham Donor Centre, too, and using my bus pass, it doesn’t cost me anything – except for a sandwich as I normally go around midday.

Occasionally after my session, I still go to the art gallery and museum if there is something special being shown. My wife has come with me on occasion and we have gone to see works by Grayson Perry, Leonardo Da Vinci and the Staffordshire Hoard amongst others, which have been very enjoyable. I occasionally go to the New Birmingham Library, where there is a mediatheque where I can watch old films and television programmes.

I retired five years ago from my engineering job at the age of 62 but I’m still donating. In my younger day I used to run half and full marathons but did have to give up running them as I grew older. These days I keep myself busy, I coach at my local fencing club, also I am chair of trustees at my local independent cinema, and I am on the committee of the Wolverhampton Society group.

Being a father of three and grandfather of five ensures that I don't get many quiet moments in my schedule. Like my father, I did encourage my children to give blood and two of my three children donate. The third was desperate to give but a medical condition unfortunately prevented her from donating.

Next year I will have been donating for 50 years but I can’t carry on donating forever and I'd like to see more young people become long-term donors – it’s not hard and I’d stress to that it doesn’t hurt, apart from the initial ‘scratch.’

Donating for so many years – I’ve given over 450 armfuls – has never caused me any health issues. I have always been well looked after and am on first name terms with a lot of people from Birmingham Donor Centre.

I have never really thought about who receives my donations, but I know that my blood is helping people who need it to live healthier, longer lives and is hopefully enabling them to achieve their potential.

So please, if you’re thinking about giving blood, all you have to do is book an appointment, turn up and then keep coming. Just roll your sleeve up!

You will be surprised how quickly the number of donations mounts up, and with each one you’re helping someone – maybe someone you know – to have a better life.