How blood plasma can save lives

Someone who has recovered from Covid-19 will have developed antibodies in their plasma against the virus. This is called convalescent plasma and it is being used to help patients with Covid-19 who are struggling to develop their own immune response. There is promising evidence that the antibodies could slow or stop the virus spreading, helping save lives.

Around 1,750 people have now received convalescent plasma in total. Donations are needed now and if you’ve had confirmed coronavirus or the symptoms, you can volunteer to donate plasma from 28 days after recovery. For more information on how you can help, please visit our website.

Where and how to donate

Travelling to donate is classed as essential travel. Blood plasma is being collected at our donor centres around the country. Donation takes about 45 minutes. The whole visit – including the donation, snacks and checks - takes about 1 hour 15 minutes. Your body typically replaces the plasma you’ve donated within 24 to 48 hours. Your body also quickly replaces the donated antibodies.

Ann Kitchen, 63, from London, became the first patient to receive the experimental blood plasma treatment for COVID-19. She was admitted to St Thomas’ Hospital in Lambeth at the end of April with coronavirus symptoms and diagnosed with COVID-19.

Despite the best efforts of clinical teams, Ann’s condition deteriorated, and she was admitted to the intensive care unit. There she was asked if she would participate in the convalescent plasma programme.

Ann has dedicated most of her adult life to supporting the community in Lambeth, working as a volunteer with local young people for over 30 years, and she has a strong connection with the hospital. All of her seven children were born at St Thomas’ and her late husband was treated at the hospital for 27 years for a long-term condition.

“It is great to know that this hospital, which is so close to my heart, is testing new ways to treat patients and I am glad that I was able to be a small part of that.” 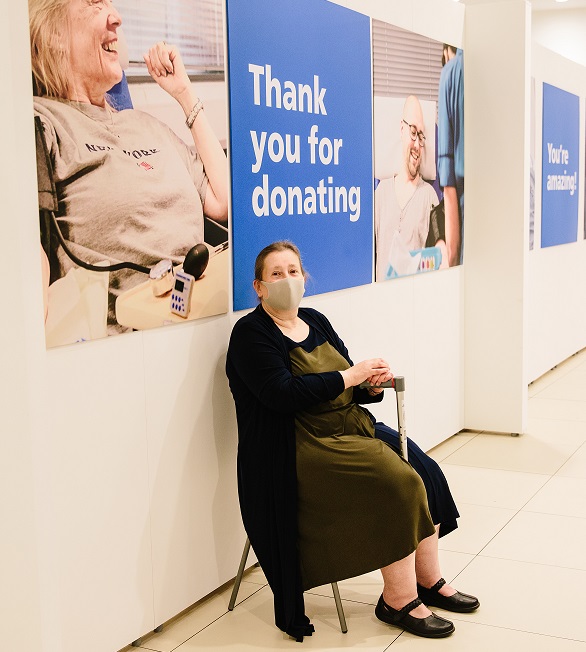 Talking about taking part in the programme, Ann said, “When I was approached to take part, I was a little unsure. But someone has to be the first and so I thought, ‘why not me?’ The research team was very supportive and answered all my questions. And I did it!”

She added, “It is great to know that this hospital, which is so close to my heart, is testing new ways to treat patients and I am glad that I was able to be a small part of that.”

Ann was discharged from hospital on 15th May. Since then, she has become an ambassador for NHS Blood and Transplant to help recruit more convalescent plasma donors and attended the opening of one of our new pop-up centres.

Ahmed Bhayat, 49, a father of five from Handsworth in Birmingham, was also one of the first people in the UK to receive a transfusion of convalescent plasma.

Ahmed, who needed a liver transplant in 2016 after developing primary sclerosing cholangitis, had been self-isolating. But he became very ill with COVID-19, gasping for breath when he tried to speak, and was admitted to hospital.

He spent two and half weeks in a coma, fighting for his life in the intensive care unit at Birmingham’s Queen Elizabeth Hospital. His family agreed to enter him into the trial while he was in the coma.

"We are very thankful to whoever donated the plasma. I would support more people donating after they recover. You have nothing to lose and you could save a life.” 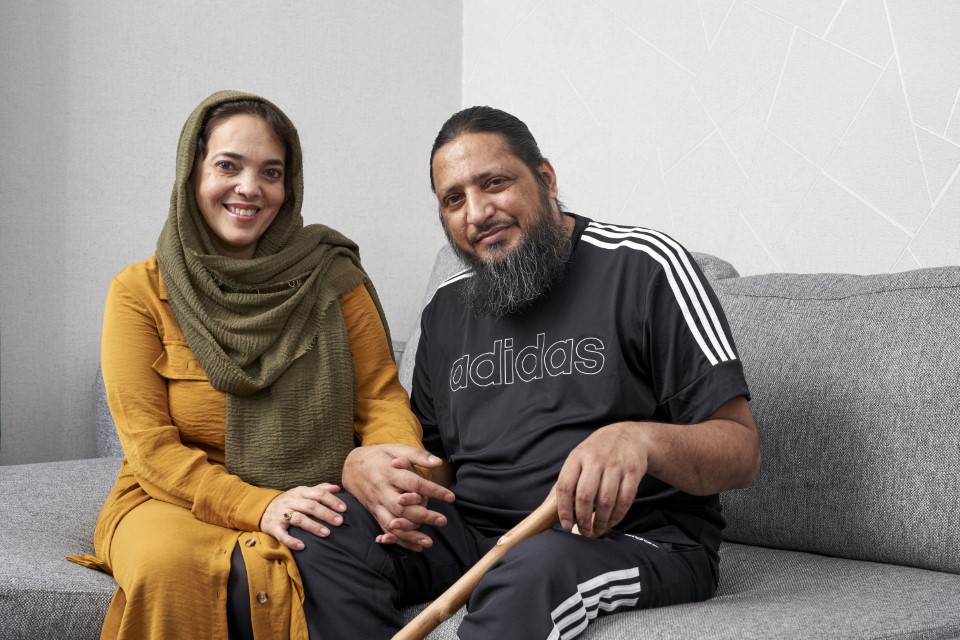 “COVID-19 was the hardest fight of my life,” said Ahmed. “I don’t know anything about receiving blood plasma but as a family we feel it probably helped save my life. The care all the medical staff on the intensive care unit gave was so brilliant and the attention they gave me was wonderful – I can’t thank them enough.”

His wife Shannaz, 47, said, “I feel plasma probably did help him. We are very thankful to whoever donated the plasma. I would support more people donating after they recover. You have nothing to lose and you could save a life.”

If you've had COVID-19, you may be able to donate plasma