Nancy Shavick has been giving blood for over 50 years and has achieved 569 credits so far.

I've been a blood donor since I was 19 and I'm now 77. I started giving blood when my father was stationed at RAF Bassingbourn in September 1963. Not long after I started working there too, I heard that there would be a donation session at the base and decided to go for my first donation. I have given blood ever since.

(Picture: Nancy around the time of her first donation)

After spending the first 40 years of my life moving around with the RAF, I have now been giving blood at Edgware Blood Donor Centre since 1982. So far I have 569 donations credited to me. I have only taken time off from giving blood each time I was pregnant and for the required time after giving birth to my son and my daughter.

I have had two very special occasions when I was asked to give blood for specific people. ...I was so pleased to be asked and to be able to help these two people.

Giving blood is something I have always wanted to do; it is amazing to think that just giving an hour or so of my time means that I could help save someone’s life. 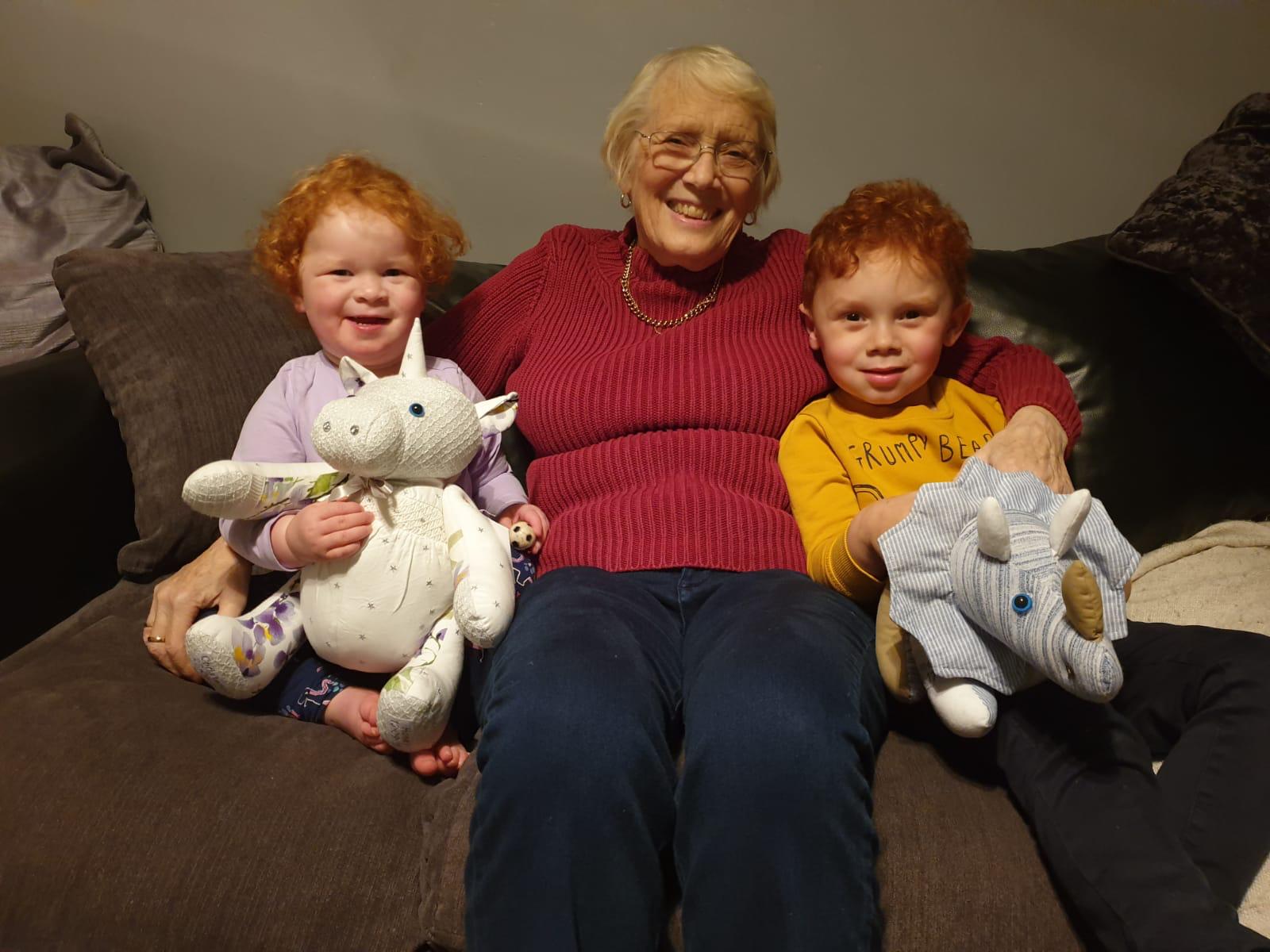 For a few years I became a platelet donor at Edgware Blood Donor Centre. I had to give it up when it was decided that women should not be platelet donors. I think things have changed since then but, when it did, I couldn't start giving platelets again because I was a full-time carer for my husband.

(Picture: Nancy with her great grandchildren, Morgan and Honey)

For those few years, the times I gave platelets were an opportunity to have a lunch hour. At work, somehow I never stopped for a lunch break but, once every three weeks when I gave platelets, I used to have a sandwich and a cup of tea whilst I was donating and did the crossword in my newspaper.

I always gave from my left arm so that my right arm was free for me to hold my pen. The only downside of that is that so much scar tissue developed on my left arm that I always have to give blood from my right arm now!

From my own experience, it is very easy. The nurses who take the donations are amazing and I never even feel the needle going in. I am as much a coward as anyone and still, after 58 years, cannot bring myself to watch the needle being inserted into my arm, but it has never, ever been painful.

I am very lucky and have virtually no after effects from the donations. In the entire time that I have been donating I think there have been only three or four times when I have felt a bit lightheaded after giving blood and those after effects have lasted maybe half an hour or so. I would say to anybody, give it a go.