What Rebecca would have wanted

If I can help one person by donating my blood plasma, that’s more than enough 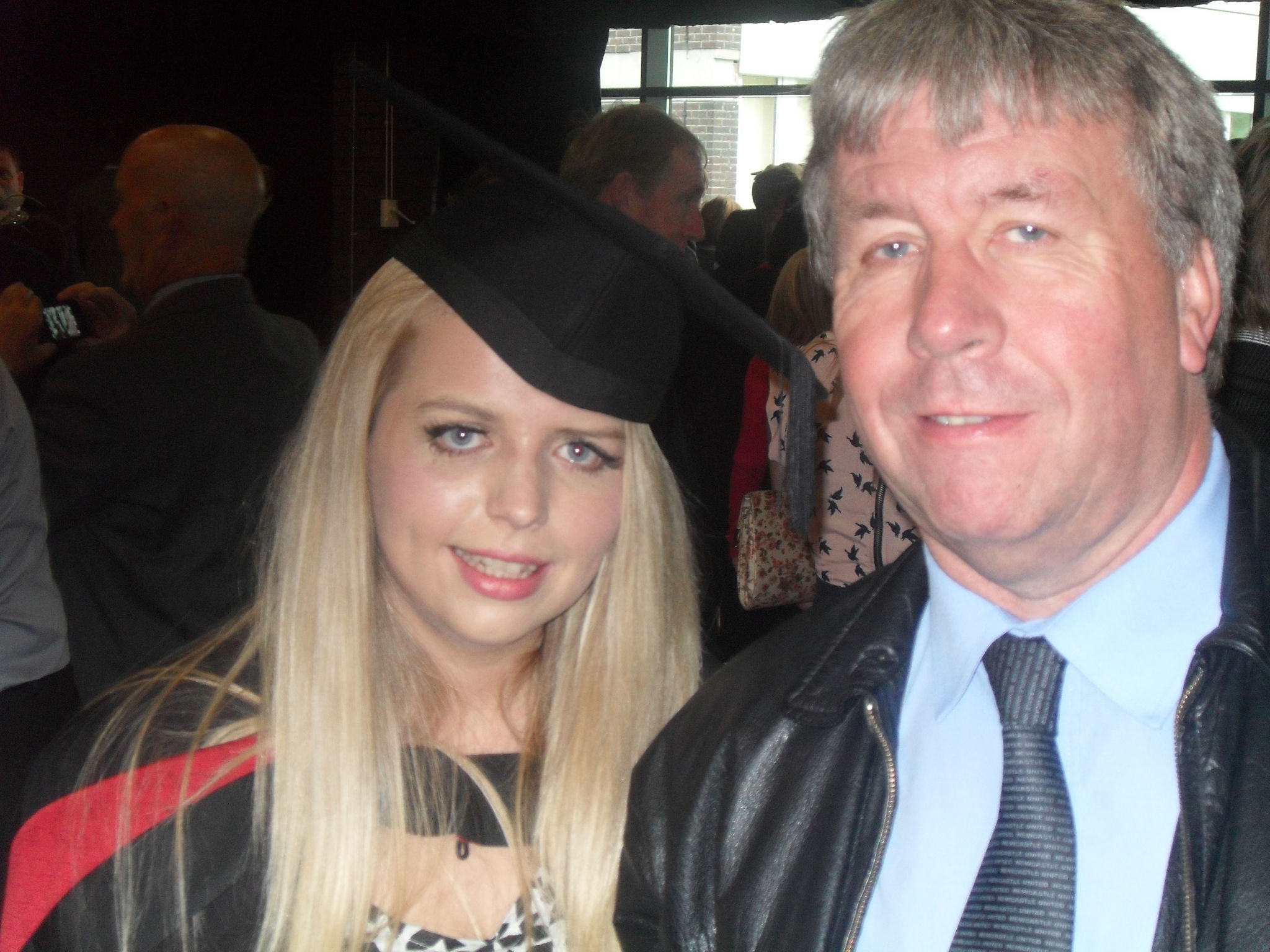 Alan Mack from Morpeth, Northumberland has made more than 10 donations of convalescent plasma after his daughter, Rebecca, died from coronavirus. Alan had the virus himself and the antibodies in his blood plasma could help vulnerable patients.

(Picture: Alan with his daughter Rebecca)

Rebecca’s death inspired Alan to try and help other people with the disease. Rebecca, a nurse who worked on a children’s cancer unit, died in April 2020 aged just 29 while self-isolating at home. She had called 999 and left her front door open, but tragically passed away before the ambulance crew could reach her.

Alan said: "If I can help one person by donating my blood plasma, that’s more than enough.

"I felt really emotional the last time I donated because I was explaining my circumstances to the donation nurses. They didn’t know about Rebecca until then, I was just another person donating plasma.

"As long as my antibodies are still high, I will keep donating."

He added: "I’ve donated blood before and donating plasma is fine too, not a problem."

Being able to donate plasma, and to raise funds in Rebecca’s memory is helping us. I feel proud to be honest – proud and privileged.

Alan spent several days ill with coronavirus though he did not need to go to hospital. Alan and his wife, Marion, think they may have contracted coronavirus from Rebecca after driving her home from a midweek education course shortly before the March lockdown.

Alan explained "I don’t want anybody else to go through the terrible ordeal that we went through. Being able to donate plasma, and to raise funds in Rebecca’s memory is helping us. I feel proud to be honest – proud and privileged."

They have set up a JustGiving page in their daughter's memory, raising money for a children’s cancer charity at the Great North Children's Hospital.

Marion said: "She was selfless, fun and caring. Her death has devastated us, but we want to make something positive out of this, because that is what Rebecca would have wanted."

Plasma collected during whole blood donation will soon be able to be used to produce lifesaving treatments.