Animals can give blood too!

It’s not just human donors who save lives. Animals can also come to the rescue when a fellow creature is in need.

Next time you give blood, spare a thought for a little pangolin called Fortunate. 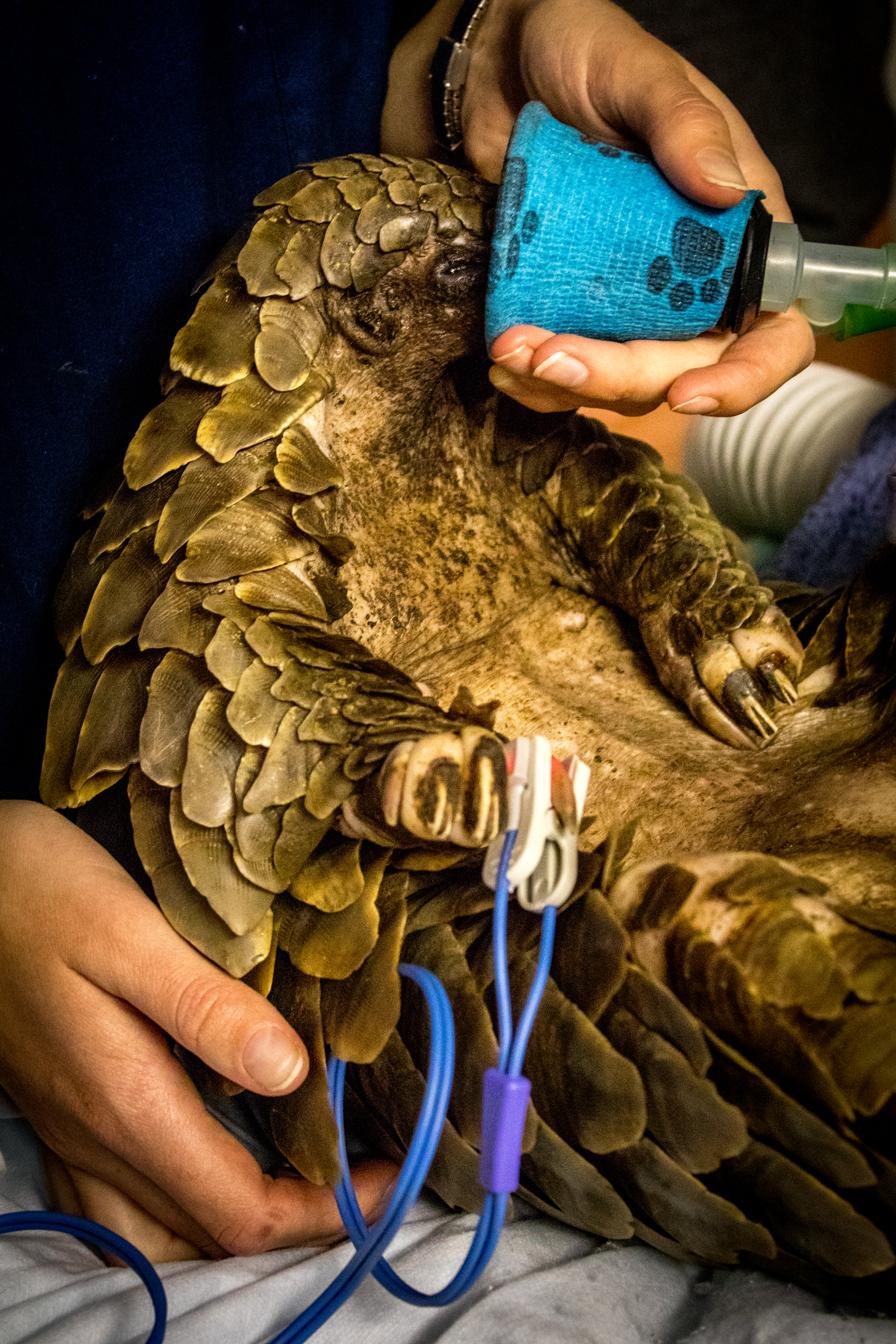 The scaly mammal was recently treated with a blood transfusion from a fellow pangolin after he was rescued from traffickers.

These animals are sadly being pushed towards extinction by poachers, because of demand for their meat and scales.

After his rescue, Fortunate needed a plasma transfusion to treat a life-threatening health issue, but the team at Johannesburg Wildlife Veterinary Hospital were only able to give him whole blood.

Sadly, although Fortunate initially seemed to be making a good recovery, he later died.

However, the treatment, believed to be the first of its kind, has given vets invaluable new insights into the treatment of this highly endangered animal.

It may have been an experiment, but 350 years later, doggy donors are still helping to save lives. Pet Blood Bank has been running canine blood exchanges since 2007 and provides veterinary surgeries with blood needed for poorly pets. Similar to humans, dogs also have different blood types and will either be DEA 1 positive or negative.

The donor dogs are brought in by their owners and have local anaesthetic cream applied to help to keep them comfortable while blood is taken. Over 10,000 lifesaving dogs are registered with Pet Blood Bank to date.

The service is also working on launching a blood bank service for cats, and it’s woolly good news for those with slightly more exotic pets too: Pet Blood Bank processes blood donations from alpacas as well!

One creature that has been “borrowing” blood for millions of years is the mosquito. They live on nectar but female mosquitos require the protein in blood to produce eggs. This ancient insect has evolved to respond to several aspects of human biology – smell, skin temperature and also…blood type.

A 2004 study found that mosquitos landed on people with type O blood nearly twice as often as those with type A, with type B somewhere in between.

It’s not clear why mozzies have this preference, but if you’re one of the 48 per cent of people in the UK with type O blood, you might want to invest in some repellent.

From an evolutionary standpoint, mosquitos may not have changed very much in millions of years, but they have led to adaptations in humans.

The reason? Malaria. Humans who evolved in areas with high rates of malaria benefited from a gene mutation called sickle cell. This gene changes the shape of red blood cells to sickle shape, but crucially also alters the blood’s chemistry.

Scientists now think the gene protects against malaria not by stopping the infection but by preventing it from taking hold after infection has happened.

The downside of the gene is that inheriting two copies (one from each parent) leads to sickle cell disease, a painful and life-threatening condition that often requires blood transfusions and hospital treatment.

Inheriting a single copy (passed on by one parent) of the gene confers malaria protection but without the disease and is called sickle cell trait. This advantage explains why the gene has persisted.

Malaria has always been most prevalent in parts of Africa, and the persistence of the sickle cell gene explains the high rates of sickle cell disease amongst black people in all parts of the world.

Patients rely on regular blood transfusions to keep them well but this also means donations must come from donors with similar genetic backgrounds. So more black blood donors are needed all the time.