How an organ donor has transformed life for Corinne

Corinne Hutton was given a five per cent chance of survival when she suddenly collapsed in 2013 after developing pneumonia and sepsis.

Doctors battled to save her life but sadly they were forced to amputate her hands and her feet.

Now, after a five-year wait, Corinne, 47, has received a double hand transplant.

After her amputations, Corinne, from Lochwinnoch, Scotland, became a passionate advocate of organ donation, campaigning to raise awareness about how many patients die each year while waiting for a matched organ.

In 2016, she posed with transplantable tissue painted onto her skin to support her campaign and last year she became the first female quadruple amputee to scale Mount Kilimanjaro.

She has also started a charity, Finding Your Feet, which provides support for fellow amputees and their families and which has raised over £700,000 for the cause. 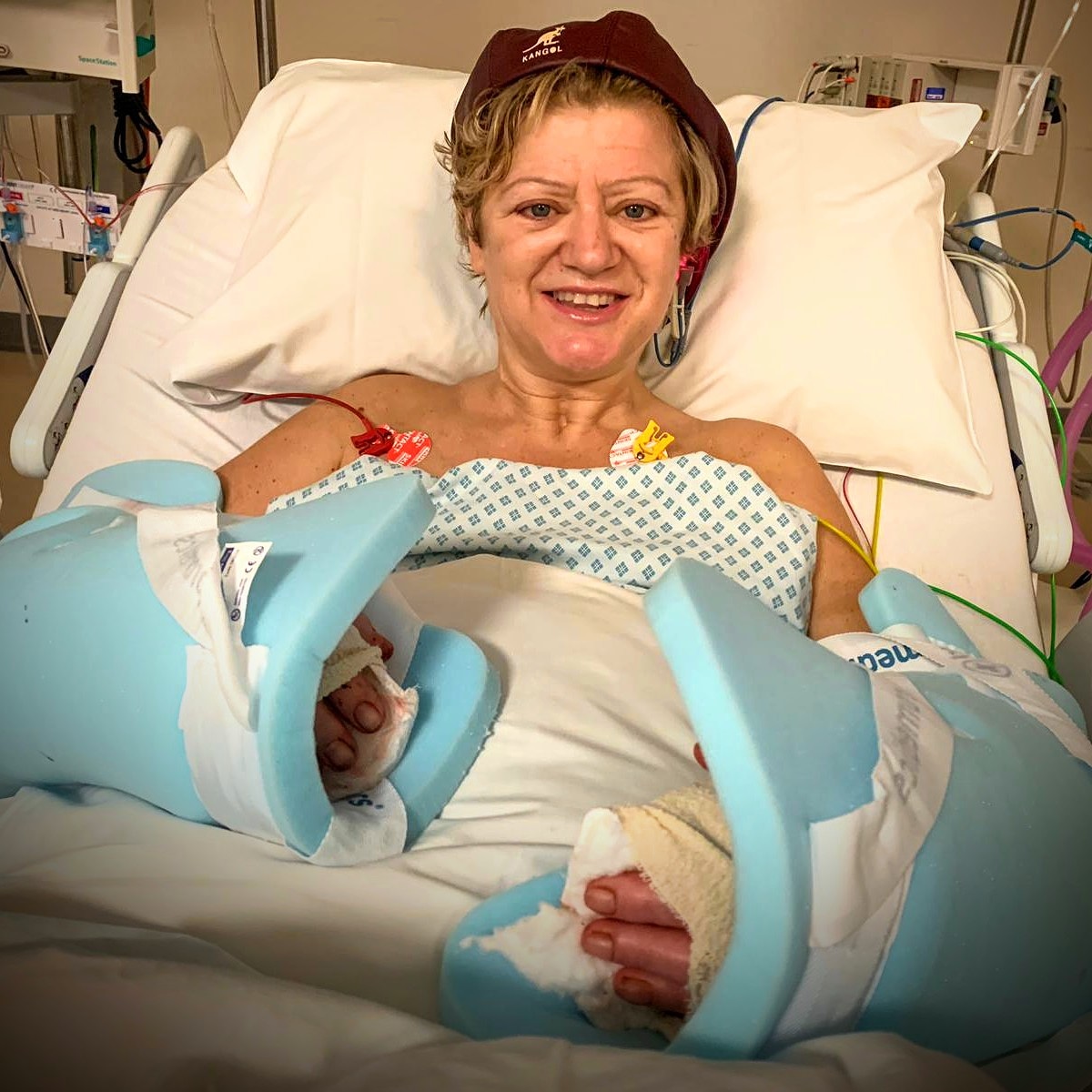 The surgery team included Professor Andrew Hart, who had removed Corinne’s hands and feet, and Professor Simon Kay, who carried out the first double hand transplant in the UK in 2016. Specialist nurses from NHS Blood and Transplant also provided support to the donor family.

It took 12 hours to complete, but, thanks to the selfless decision of a donor and their family, Corinne now has hands again.

Limb transplantation is still rare and only goes ahead with the specific consent of a family, and Corinne is only the sixth person in the UK to receive a double hand transplant.

"Cor was close to losing hope about finding a match for a transplant, but that's not her style,” says a Finding Your Feet spokesperson.

"She has accomplished an unbelievable amount since losing her limbs, and we're certain she'll continue to inspire people as she builds up strength and learns to use her new hands.

"It's bittersweet, because transplants require a donor. That person and her family have changed the lives of many today, and made it possible for a mum to hold her son's hand again.

"Cor will not waste a moment with what has been given to her."

"We are delighted that Corinne has finally received a double hand transplant.

"Corinne has done so much to raise awareness of limb transplantation and has worked tirelessly to support others facing similar situations.

"Our thoughts are with the family of the donor at this time, as they come to terms with the death of their loved one. Without their agreement for donation, this operation would not have taken place.

"We also send our best wishes to the Corinne for a healthy recovery and thank everyone who worked together to make this transplant possible."

Register as an organ donor

Record your decision to donate your organs