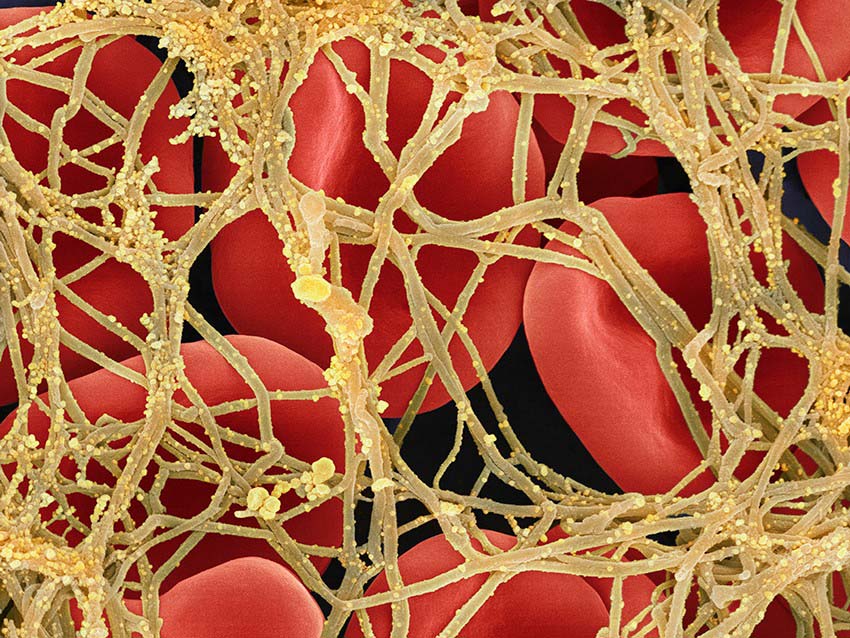 Platelets are tiny cells in the blood that help it to clot. They are widely used for treatments ranging from caring for sick babies (see below) to treating trauma victims and cancer patients. Now a €3.2 million EU grant means that we can do research with a view to producing platelets in the lab. A big benefit of this would be that platelets could be ‘bespoke’ and more easily matched with patients.

How platelets are made

Normally platelets are made in bone marrow from cells called megakaryocytes. The four-year project, based at Cambridge University and led by the University of Pavia, is called SilkFUSION. It aims to produce platelets on a large scale for human transfusion from human pluripotent stem cells (hPSCs). These stem cells are derived from human skin or blood cells but are self-replicating, which means that they can divide and proliferate but also can be induced to form new cell types such as megakaryocytes.

Scientists at Cambridge will use silk-based biomaterial to create a 3D bone marrow model. This will enhance platelet release from lab-grown megakaryocytes.

Our principal investigator at the University of Cambridge, Dr Cedric Ghevaert, said, "This grant provides us with a real opportunity to translate the technology we developed last year to produce megakaryocytes from human pluripotent stem cells into the production of platelets for transfusion to patients."

Working alongside is Professor Alessandra Balduini (from the University of Pavia, Italy) and Professor Hana Raslova (from the French Institute of Health and Medical Research, Paris). Professors Balduini and Raslova are leading experts in the research of stem cell and megakaryocyte biology as well as the clinical aspects of platelet disorders. 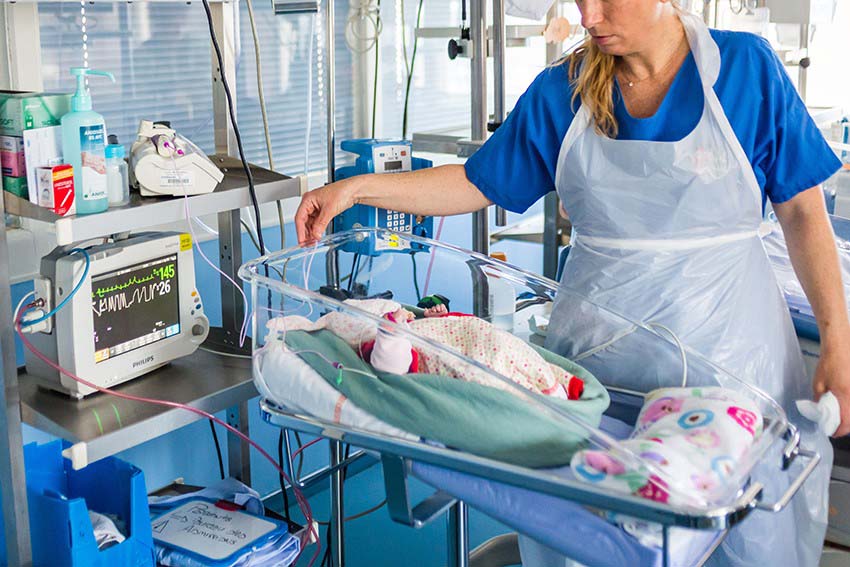 Some premature babies require platelet transfusions to help their blood clot normally and stop or prevent internal bleeding. But it’s not always clear which babies will benefit from the treatment and/or when to give it. So we joined forces with the Netherlands blood service and set up a study involving 660 babies in more than 40 hospitals across the UK and Europe to get some answers.

The PlaNet-2 (Platelets for Neonatal Transfusion) study was launched in partnership with Sanquin Blood Supply Foundation. It looked at platelet transfusions for premature, sick babies to find out the platelet levels doctors should transfuse at in babies with low platelets and no evidence of bleeding. All 660 babies have now taken part in the first stage of the trial, and we are gathering the data ready for analysis.

Blood services around the world are eagerly anticipating the results of this trial, which is the first of its kind and one of the largest ever studies into transfusions in infants. The initial analysis will be completed next year with publication following in one of the major scientific journals.