After a career in the military, John joined the Chelsea Pensioners earlier this year. These retired soldiers of the British Army live at the Royal Hospital Chelsea in central London. 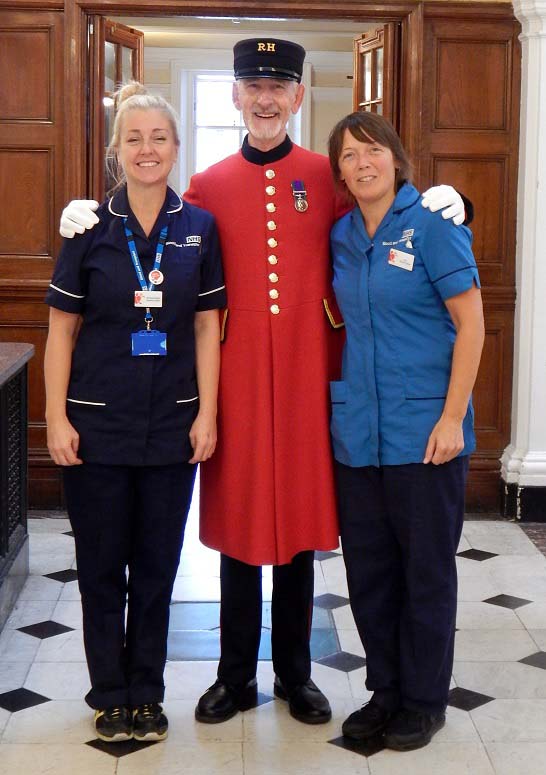 John says, “I first gave blood aged 17, during my training for the Royal Military Police. We marched down to the gymnasium en masse, and were told, ‘Don’t ask questions, lad – just get your sleeves rolled up and get in there!’”

John gave blood throughout his military career. “As a young lance corporal I was posted to Berlin just in time for the border to be closed off, and then came the Cuban Missile Crisis when the world held its breath on the brink of nuclear war.

“Meeting a beautiful young Berliner called Gisela changed my life and we married. Moves to Malta, Germany, Northern Ireland, London and Cyprus and then back to Germany ensued, with two sons in tow. All this time I continued to be a blood donor - this time of my own free will, as it just felt the right thing to do.”

Sadly Gisela was diagnosed with ovarian cancer in 2014 and died in February this year. John saw first hand the importance of blood donation as Gisela needed several transfusions during her treatment. He says, “Blood is the stuff of life. We all have it and it takes so little effort to give this precious gift of life to people you will never know or meet. I thank the anonymous people who donated their blood for my darling wife and I am proud to do the same for others.”

Do you have a relative that donated during WWII?

John Beales, a post-graduate at the University of Bristol, is researching the recruitment of blood donors by the Army Blood Transfusion Service based in Bristol during the Second World War.

Do you have a relative who collected or volunteered to donate blood in these areas during this time? If so, please share any information and/or artefacts with John by emailing jb16951.2015@mybristol.ac.uk.