Some of our news this summer...

Saving lives off the pitch 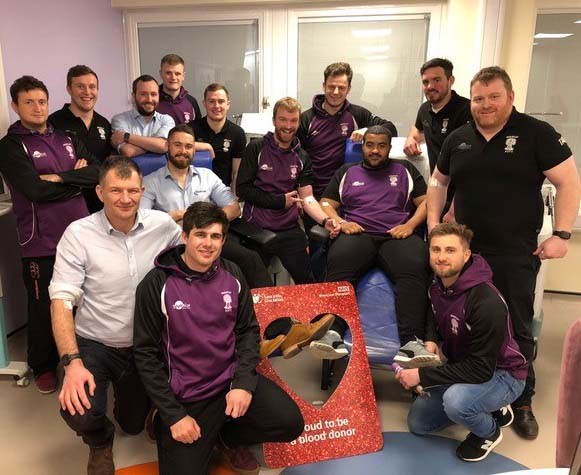 Players from Wheatley RUFC took time away from passing and tackling to give blood at our donor centre at the John Radcliffe Hospital in Oxford.

Amongst the 12 who gave blood was flanker Dan Bland, 24, from Crawley, who organised the visit. Dan says, “Helping those in need is a great honour and this is why I give blood. One blood donation can change up to three people’s lives forever.”

Club captain, Simon Chadbone, 39, adds, “We all have friends or family who at some point in their lives have needed a blood donation. Having donated has made me aware of how important it is to give blood – I wish I’d donated sooner.”

Luton Town FC has pledged to help us on our mission to recruit 250 Luton residents as blood donors. 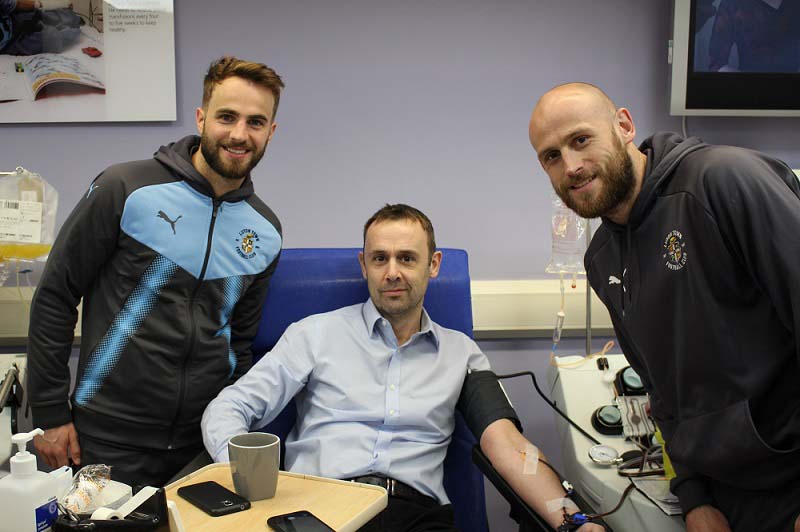 Scott says, "Shins (Andrew Shinnie) and I have learned a huge amount about the vital work these guys carry out, and met some of the local people who donate on a regular basis.

"We didn't quite realise how easy it would be for somebody to donate. I'd like to think a lot of our supporters are involved in donating as the centre is calling out for new donors, and you never know when you or someone close to you might need a blood transfusion."

The Luton Town #Giveblood campaign is also encouraging the 2,500 donors across Luton who have not donated for two years or more to book an appointment. The campaign also aims to encourage more black and Asian residents to donate.

Earlier this year, we joined forces with sickle cell charities and social media stars in South London to raise awareness about the disease and explain why we need 40,000 new black blood donors to start donating.

Sickle cell is an inherited blood condition affecting about 15,000 people in the country and every year 300 babies are born with the condition. Regular blood transfusions often form part of the treatment and blood needs to be carefully matched. 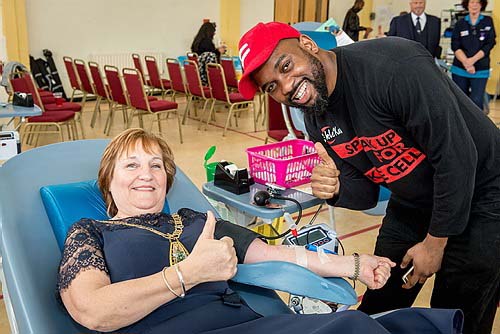 The Mayor of Bromley and groups such as SickleKan, Sickle Cell Unite, Melanin Made, Wants Sickle Cell Group, Wall of Comedy and Word on the Curb were amongst those urging the black community to come forward and donate. Over 70 people gave blood, helping up to 210 sickle cell sufferers.

Our chief executive, Ian Trenholm, says, “Patients directly benefit from receiving blood which is as closely matched as possible, and this is achieved by using blood from a donor of a similar ethnicity. (That’s why) we need to widen our donor base to include more people from black backgrounds.”

Pictured above: The Mayor of Bromley donating with Kehinde Salami from SickleKan.

Last year we donated two bloodmobiles to the Uganda Blood Transfusion Service (UBTS). One of our eagle-eyed ex-donors spotted one in Kampala, and delightedly sent us some pictures of it in action! 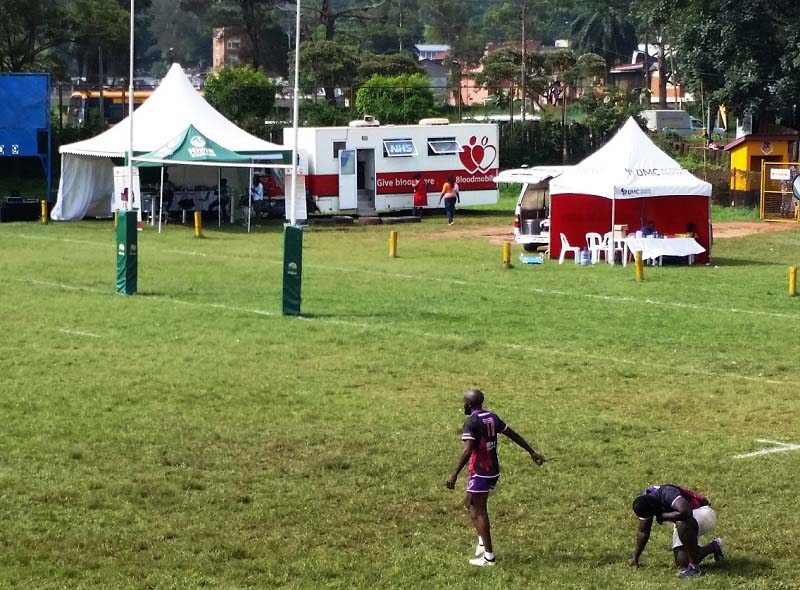 Jerry Burley was at the Kyadondo Rugby Club league game when he did a double take at the large white and red vehicle parked up at the side of the pitch.

Jerry says, “I lived in Oxfordshire as a teenager and did my blood donor bit at uni, before leaving for Africa in 1987. I’ve given blood here a few times too, and shall be ‘leaking a bit of B neg’ in this vehicle when it returns to the club.

“It’s a lovely bit of inter-continental co-operation and I would like to thank you for supporting our fledgling blood service here. As long as they want mine I'll keep pumping it out!”