He was born too early to survive, but baby Callum is being remembered in a positive way 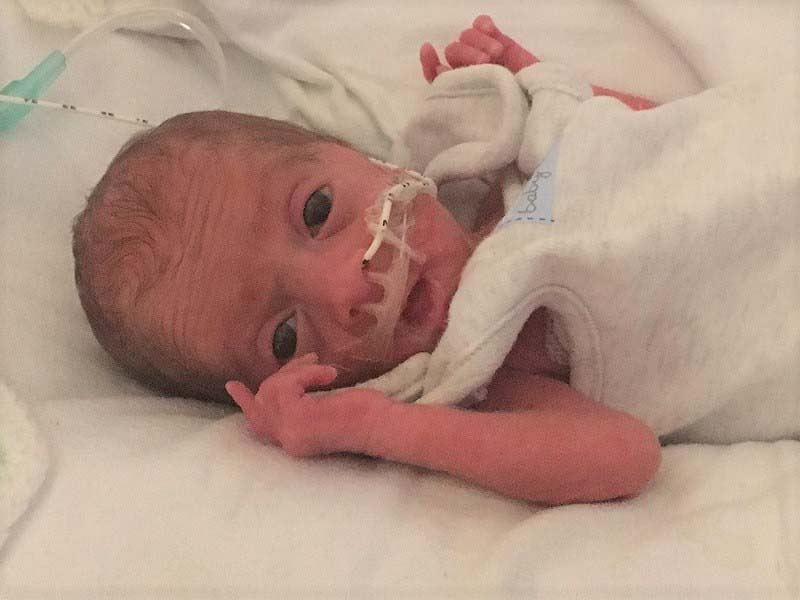 This spring, blood collection staff from the Coventry team ran their own special half marathon to raise funds and awareness for the neonatal unit at University Hospitals Coventry and Warwickshire (UHCW). The event was arranged in honour of baby Callum, the son of the team’s donor carer Amy Lucas, who sadly died after being born prematurely at 26 weeks.

Amy says, “Callum was a much longed-for baby, conceived through IVF. I was at work and about to go for lunch when my waters broke. I was rushed to UHCW and six days later Callum arrived.

“He was very poorly and had to be resuscitated. He did stabilise though, but sadly he developed a condition called necrotizing enterocolitis (where the bowel tissue dies) and had a blood clot in his main artery. His condition deteriorated rapidly and he died on 29th November, four weeks after he was born.

“The care that Callum received on the neonatal unit was incredible. The staff all went the extra mile, above and beyond their duties. They were so incredibly professional, but more than that, the compassion and care that they showed to us is something that I will never forget.

“As part of his treatment, Callum received fresh frozen plasma and units of O-negative and CMV-negative (cytomegalovirus-negative) red cells, as many premature babies do. I’ve been a donor carer for almost 16 years, so it was incredibly humbling to be on the other side of blood donation.” 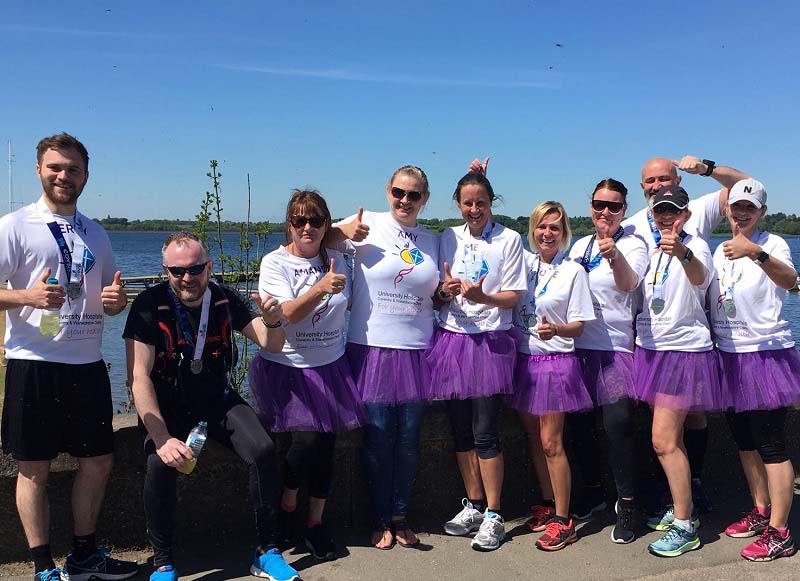 Having seen first-hand the incredible work at the unit, Amy was keen to raise money and awareness of neonatal care. In support, her team suggested running the Coventry Half Marathon. Unfortunately, the official half marathon was called off due to bad weather but that did not stop the Coventry team! They arranged their own unofficial race around Draycote Water in Warwickshire and attracted almost £5k of sponsorship..

Amy says, “I hope that the money can be put towards improving the service and resources that the unit has to offer families in similar situations to ours.

“My team have been incredible in supporting me through all of this. Not only in offering to help fundraise but also in everything they’ve done for me, personally. When the chips are down, they’ve pulled together to help me through it, and for that I am so very grateful.”

There is a Just Giving page for Callum.