B Positive ‘Rise Up’ on Britain’s Got Talent

B Positive – a choir created by us to raise awareness of blood donation – reached the finals of Britain’s Got Talent on Sunday 3rd June after being selected as this year's wild card act. 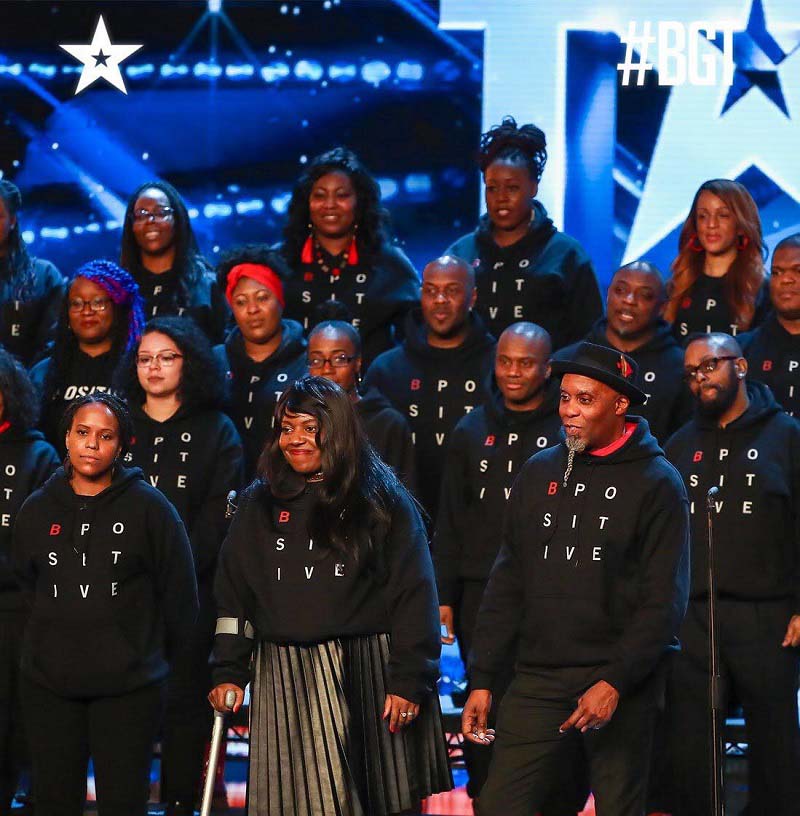 They were the eleventh act to bid for the series title but it wasn’t to be, and Geordie stand-up comedian, Lee Ridley (aka ‘The Lost Voice Guy’), was crowned the winner.

The choir is made up of people from across England, whose lives are affected by the lifesaving power of blood. They are united because of blood-related conditions, and include those with the condition, as well as their helpers, friends and family.

For their audition, judges Simon Cowell, Alesha Dixon, Amanda Holden and David Walliams were blown away by the choir’s rendition of the Andra Day track, ‘Rise Up’.

Amanda was visibly moved by the performance, and was seen wiping away tears as she watched.
She said: “I found the whole thing really moving because blood donors saved my life, and is the reason I’m still a mummy to two girls.”

Alesha said: "That was one of the most soulful, honest, authentic performances that we’ve had on this show. You’re amazing!"

Simon said: “I didn’t think it was great…I thought it was amazing!” This is why I love doing this show – for moments like this I have to tell you, genuinely.”

Find out more about the choir and what they stand for by visiting the B Positive website.