As blood donors, you probably know your blood group, but why do we need more blood from some donors than others? And what is a blood group anyway? 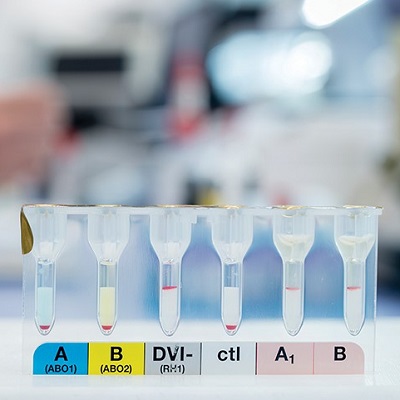 A blood group is determined by antigens and antibodies present or absent in the blood.

Antigens are protein molecules found on the surface of red blood cells while antibodies are part of your body's natural defence against invading substances such as viruses and bacteria. They are made of proteins and float around in the blood’s plasma.

Antibodies recognise anything foreign in your body and alert your immune system to destroy it.

Whilst there are many different groups and sub types of blood, the two we are most concerned with are the ABO and Rh systems.

In the ABO system there are four groups:

In the Rh system there are five main Rh antigens on red cells: C, c, D, E, e. The most important of these is Rh D. Having the D antigen on red cells makes you (+ve) and lacking it makes you negative (-ve). Most (77%) of our donors have the D antigen making, them D positive, or, as is usually written on your record, O, A, B, or AB +ve. The remaining 23% lack the D antigen and so are recorded as -ve.

In the UK population, O is the most common blood group (48%). Around 7% of the population have O -ve blood, yet this special group accounts for around 13% of all hospital requests. Why is this type in such demand? It’s down to antigens, or rather lack of them. O -ve blood lacks the A, B and D antigens, so it can safely be given to patients with any blood type, because it won’t trigger an immune response. O –ve is called universal for obvious reasons! To ensure we always collect enough we now offer O negative donors ‘priority’ appointments, so that we are able to better manage the high demand for this group.

There’s up to a 1 in 3 chance that if you are O -ve your blood relatives will be too. So if you’re an O -ve donor, keep up the good work, and please encourage your family to donate too!

Group A is the second largest blood group, and about a third of patients at any given time will need it. A group blood, especially A –ve, is a valuable source of platelets because they can be given safely to patients from all ABO groups.

The other ABO groups are much rarer in the UK, but are especially important for meeting the needs of patients from black and Minority Ethnic (BAME) communities. For example, just 10% of donors have blood group B, but in South Asian populations it’s 20% and black communities 25%. In white European communities it’s 9%. South Asian communities are more susceptible to thalassemia and black communities to sickle cell anaemia. Patients with these conditions can require ongoing multiple transfusions so having the closest possible match is essential. If you are B -ve your donations are immensely important because just 2% of the donor population have this blood type.

Only 1 in 25 donors have AB blood making it our rarest ABO group. Demand is low because AB red cells can only be transfused to patients with AB blood. However AB fresh frozen plasma, used to treat patients who have suffered severe blood loss, is in demand because it has no anti-A or anti-B antibodies, making it suitable to treat patients from all ABO groups.

Whilst demand for AB positive red cells is at its lowest level for over a decade, demand for this blood group’s plasma remains.
Fresh frozen plasma is only produced from male donations. This is because female donors – especially those who have been pregnant - can develop antibodies that whilst no danger to themselves, can prove life threatening to patients transfused with their plasma.

AB negative is the rarest blood type, accounting for just 1% of the donor population. As it is so rare it can be difficult to find new donors and even harder to ensure we always collect enough. Due to the scarcity of donations, the red cells of this group have a greater importance than the plasma. AB negative red cells also have the benefit of being compatible with AB positive patients and for these reasons we ask all AB negative donors, whether male or female, to donate as frequently as possible.

Blood helped me to see again!

Helping young people get the message

Save someone's life while going about yours

Have you had the conversation?

The pub quiz guide to platelets

A new frontier for red cells