A step back in time

As well as marking the 70th birthday of the NHS, 2018 is also a key date for blood donation. Thanks to the efforts of a British surgeon, Geoffrey Keynes (brother of economist John Maynard Keynes) and US Army medical officer, Captain Oswald Hope Robinson, lifesaving blood transfusions became possible in the theatre of war. 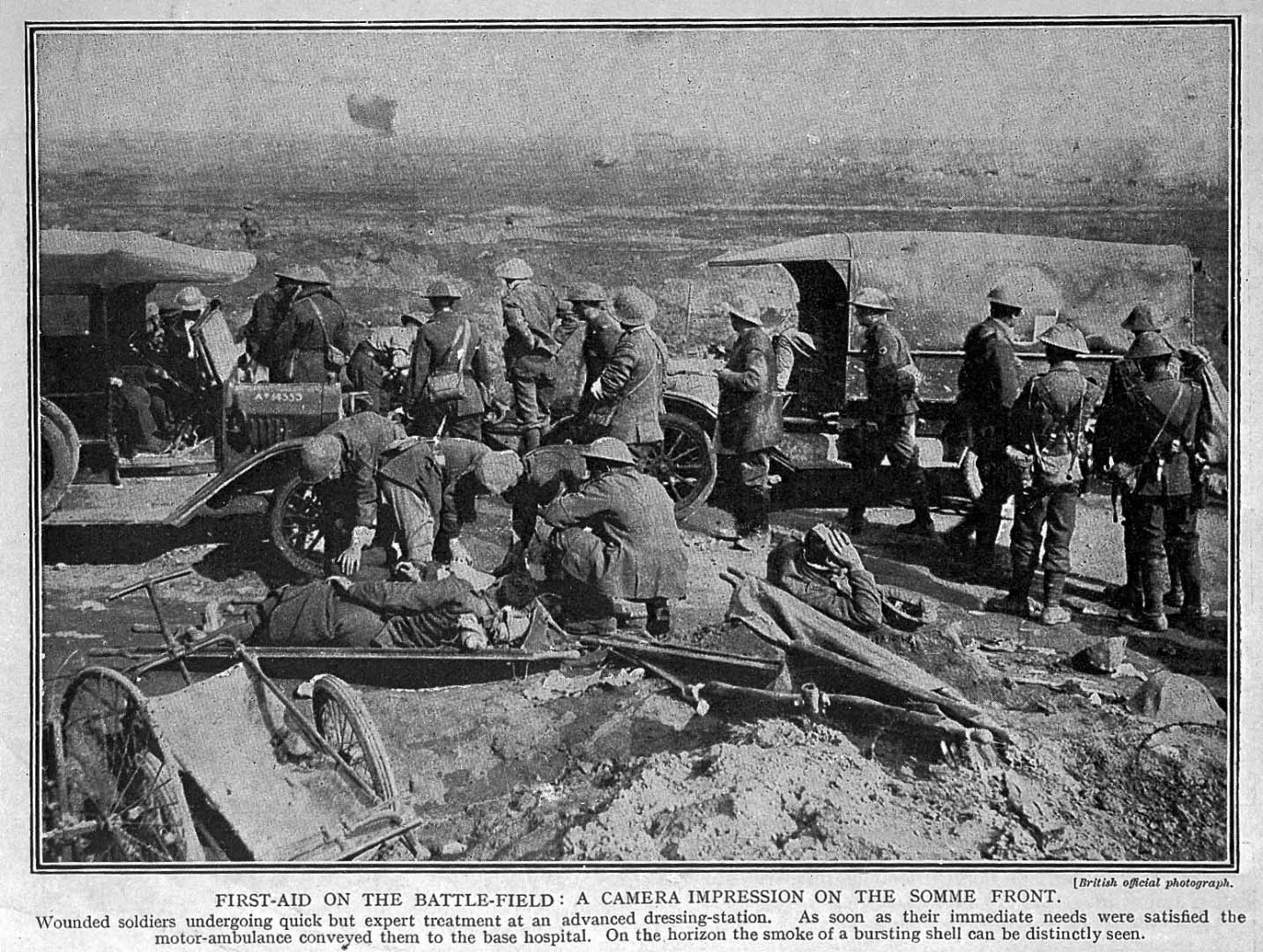 Image caption: First-aid on the battlefield: A camera impression on the Somme front. Wounded soldiers undergoing quick but expert treatment at an advanced dressing-station. As soon as their immediate needs were satisfied the motor-ambulance moved them to the base hospital. On the horizon the smoke of a bursting shell can be distinctly seen. Credit: Wellcome Collection

An understanding of compatible blood groups, plus the knowledge that sodium citrate stopped blood clotting, led to the development of the first blood banks. Direct donor-to-donor blood transfusions could be replaced with donated blood delivered in bottles to treat soldiers in the field. 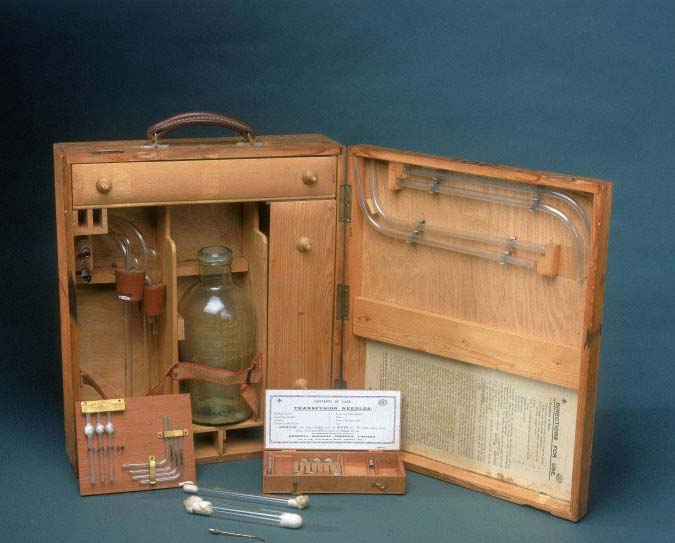 To the left is a picture of the transfusion kit developed by Keynes.

So the blood bank was born, and by 1918 transfusions were being performed extensively on both sides of the Western Front.

Another key year, 1818, saw James Blundell, an obstetrician at Guy’s and St Thomas’ Hospitals in London, record the first successful human transfusion, to a haemorrhage patient.

Blundell’s work mainly focused on improving the chances of mothers with postpartum bleeding and paved the way for the lifesaving efforts of our blood donors today.