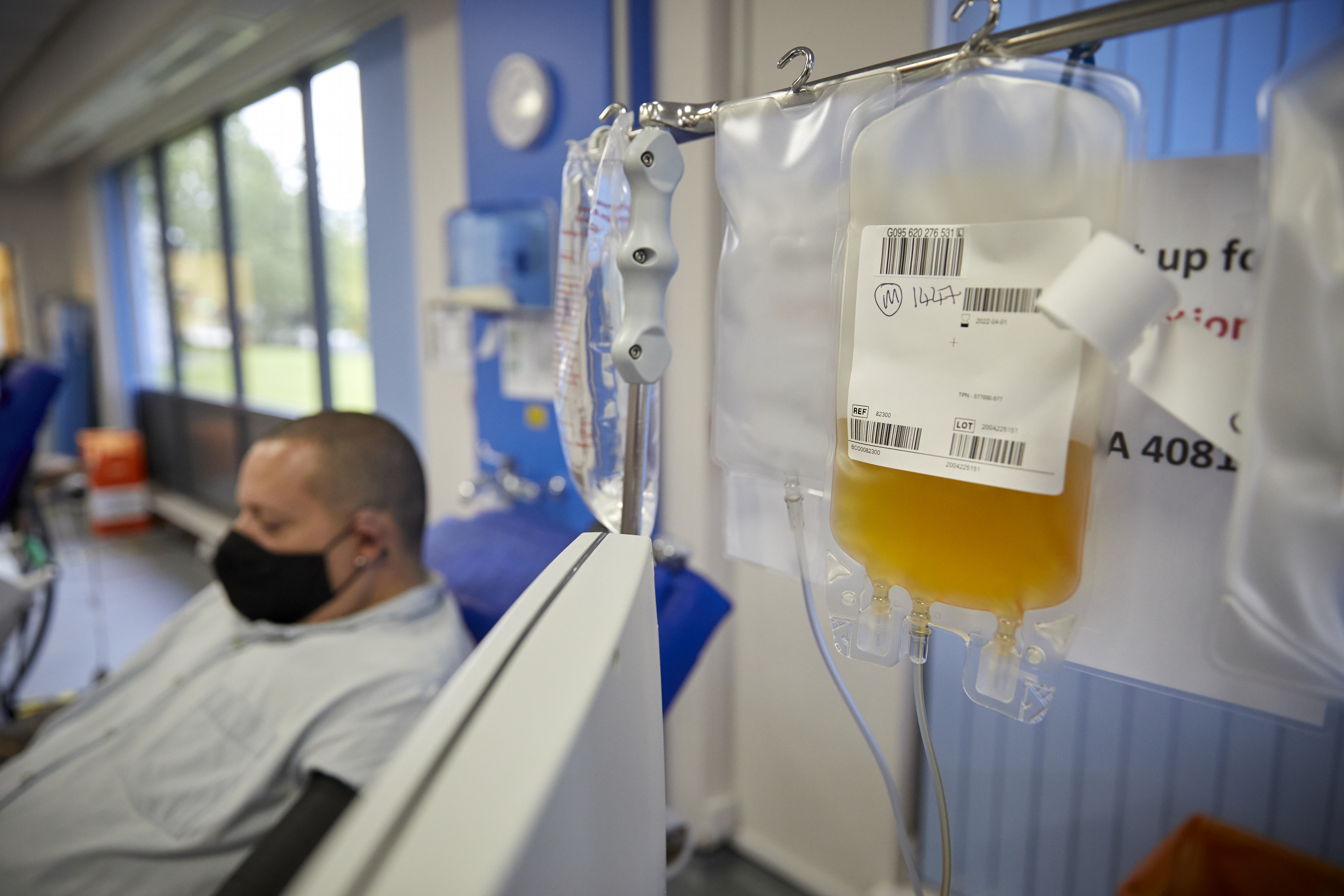 However men are far more likely to go on to donate a unit of plasma with a high level of antibodies.

The antibody-rich plasma can be transfused into people who are struggling to develop their own immune response. The antibodies could slow or stop the virus spreading, which could saving lives.

NHSBT is taking plasma donations for its collaborations with the RECOVERY and REMAP-CAP platform trials. Donations are urgently sought ahead of any second wave this autumn.

There is promising evidence for the effectiveness of convalescent plasma but patient benefit needs to be demonstrated in randomised control trials.

Dr Lise Estcourt, Head of NHS Blood and Transplant’s Clinical Trials Unit, said: “We’re not sure yet why there is an imbalance in people coming forward but we do know we need more men to offer to donate. Men have a special role to play in fighting this virus. Men who’ve had coronavirus are more likely to be able to save lives.

“We’re urgently asking men who’ve had confirmed coronavirus or the symptoms to offer to donate and help us be prepared for any second wave of COVID this autumn – you could save lives.”

The kind of donor needed

Bass baritone opera singer Paul Carey Jones is an example of the kind of person needed.

The 46-year-old, who has performed with the Royal Opera Covent Garden, Welsh National Opera and Scottish Opera, had coronavirus symptoms but did not have a test before donating. 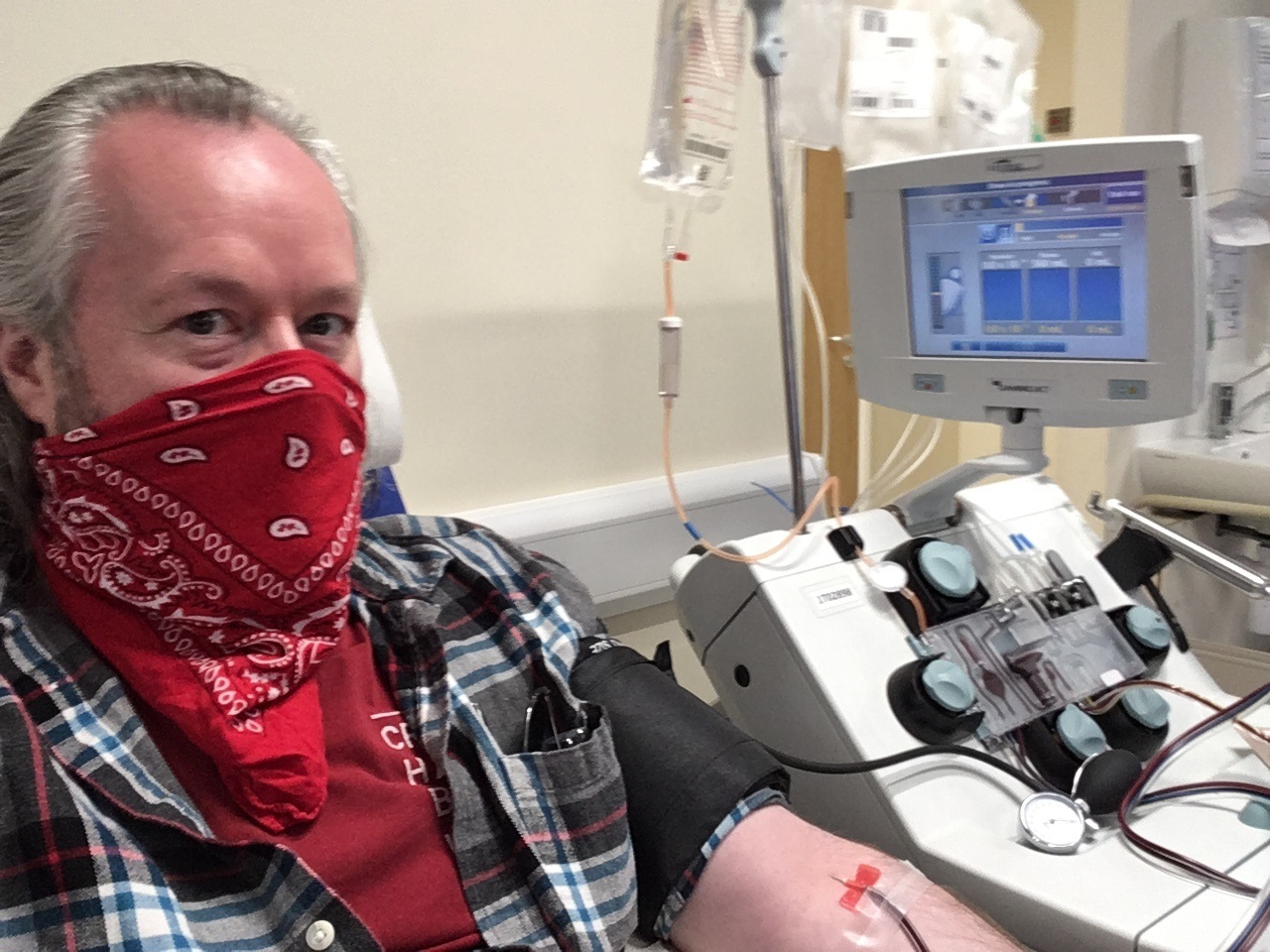 He has gone on to donate convalescent plasma at the Tooting donor centre and has confirmed high antibody levels.

Paul said: “I had a persistent cough in late March which progressed over the next few weeks to shortness of breath, a constant high fever, and more. I was pretty much confined to bed or the sofa for 2-3 weeks.

“I offered to donate on the website because I was fairly sure I’d had it. My partner had tested positive around the same time.

“Our whole industry has been in complete lockdown since mid-March, so it feels empowering to be able to play a part in some small way.

“Donation was straightforward, comfortable and easy from start to finish. The staff know exactly how each step of it works and the donation itself takes less than an hour and is pretty much painless - and even quite relaxing in a strange sort of way.

“The human cost of this pandemic has been huge.  It's better to be out there in the fight than watching from the sidelines. Don't hesitate to go for it. You'll feel better for having played your part.”

COVID-19 convalescent plasma is being collected at NHSBT’s 23 donor centres around the country, and five pop-up donor centres. London, Greater Manchester and Birmingham are priority areas for donation.

Around 230 people have received plasma transfusions. Around 16,000 donations have been taken so far. Plasma is being collected and stored at a large scale so that if the trials show patient benefit, there are significant stocks ready for immediate use. Preliminary trial results are expected later this year.

If you’ve had confirmed coronavirus or the symptoms, you can volunteer to donate plasma.

1. Figures from the people volunteering to donate through the NHSBT plasma donor online form. The data has been checked for duplication by name and email addresses but may contain some duplicate registrants. A further 152 people preferred not to give their gender. Not everyone who offers to donate is able to donate, for reasons such as health conditions and proximity to a donor centre.

If you've had COVID-19 you may be able to donate plasma.