"There you go, another life saved!" Blood donation isn't usually this competitive. Watch their video.

Why don't more men give blood? Is it the fear of needles? 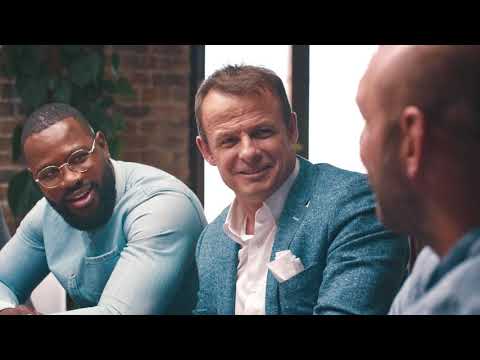 Recent research (1) has found that men are almost as scared of giving blood (21%) as they are of sustaining an injury while playing their chosen sport (29%).

Giving blood: "It's just a scratch!"

The film features Austin Healey and Ben Kay, discussing blood donation and even donating themselves as Brian leads a brainstorming session on how to get more men to register to give blood.

The famously competitive ex-England scrum-half, Austin Healey, is given a hard time by the group, including Ben Kay who impersonates him complaining about giving blood.

“It’s just a scratch” counters Brian, “it only takes a few minutes.”

“There you go, another life saved” says Craig Doyle, after finishing his donation. “Aus, you’re up next, they need to do the weakest first.”

You CAN donate after a tattoo

Among the jokes and ribbing, the group discuss the various reasons people give for not donating blood, such as having a tattoo. Brian reminds the stars that you can still give blood after a having a tattoo:  “Of course you can,” he says, displaying his own tattoo, “Four months after your last inking."

You can get involved and save a life by registering to give blood.

Find out why iron levels, platelets and antibodies play a part in making men ideal donors.

Can I give blood?