The father of a two-year-old boy who can’t make antibodies to fight infections is supporting a new NHS appeal for plasma donors.

Curtis Apthorp began donating plasma after his son Sebastian was diagnosed with a primary immunodeficiency (PID). Sebastian’s illness means he cannot make antibodies to fight off germs and viruses. 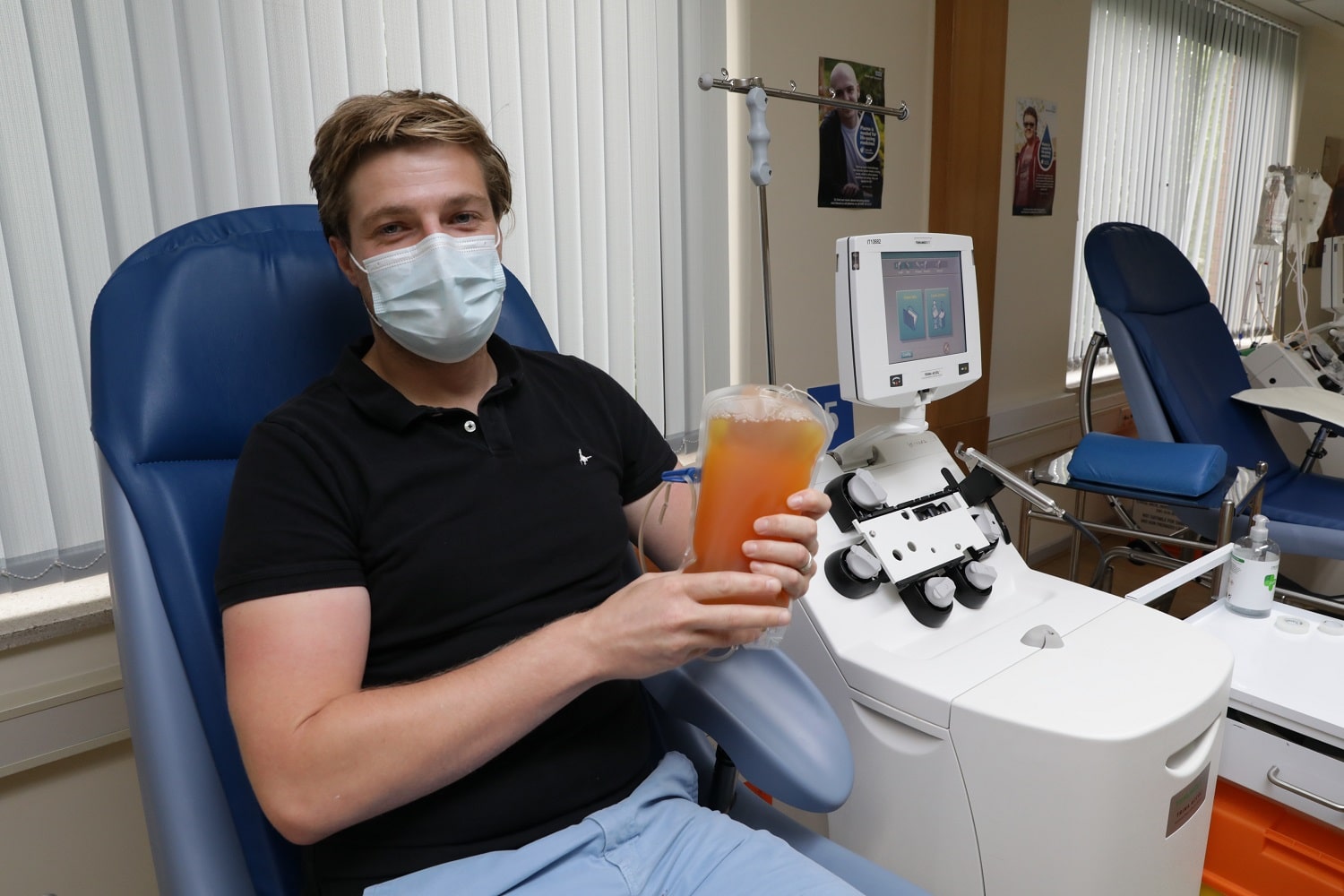 Sebastian would not survive without a fortnightly infusion of immunoglobulin, an antibody medicine made from donor plasma.

Dad Curtis, from Maldon in Essex, said: “The doctors found Sebastian almost didn’t have any of his own antibodies at all.

“They started him on immunoglobulin almost immediately and it has been like liquid gold for him. It’s life-changing for him and us. Since he has started on the immunoglobulin, he has been well.

"When I found out immunoglobulin came from plasma I asked if I could donate.

“I donate at Chelmsford and it's absolutely fine, it was actually really pleasant. You don't feel it.

“I hope it gives other people a better life, children and adults. There’s a medicine in you which can be used to make powerful, lifesaving medicines.”

Find out about plasma and register to donate

The growing need for plasma

In the last five years, there has been a 31% increase in the number of people with PIDs who need immunoglobulin to stay alive, due to better diagnosis and the treatment enabling people live for longer.

The NHS relies on imported immunoglobulin but global supplies are under long-standing pressure due to rising demand around the world. The pressure has increased due to coronavirus affecting donation in the USA. 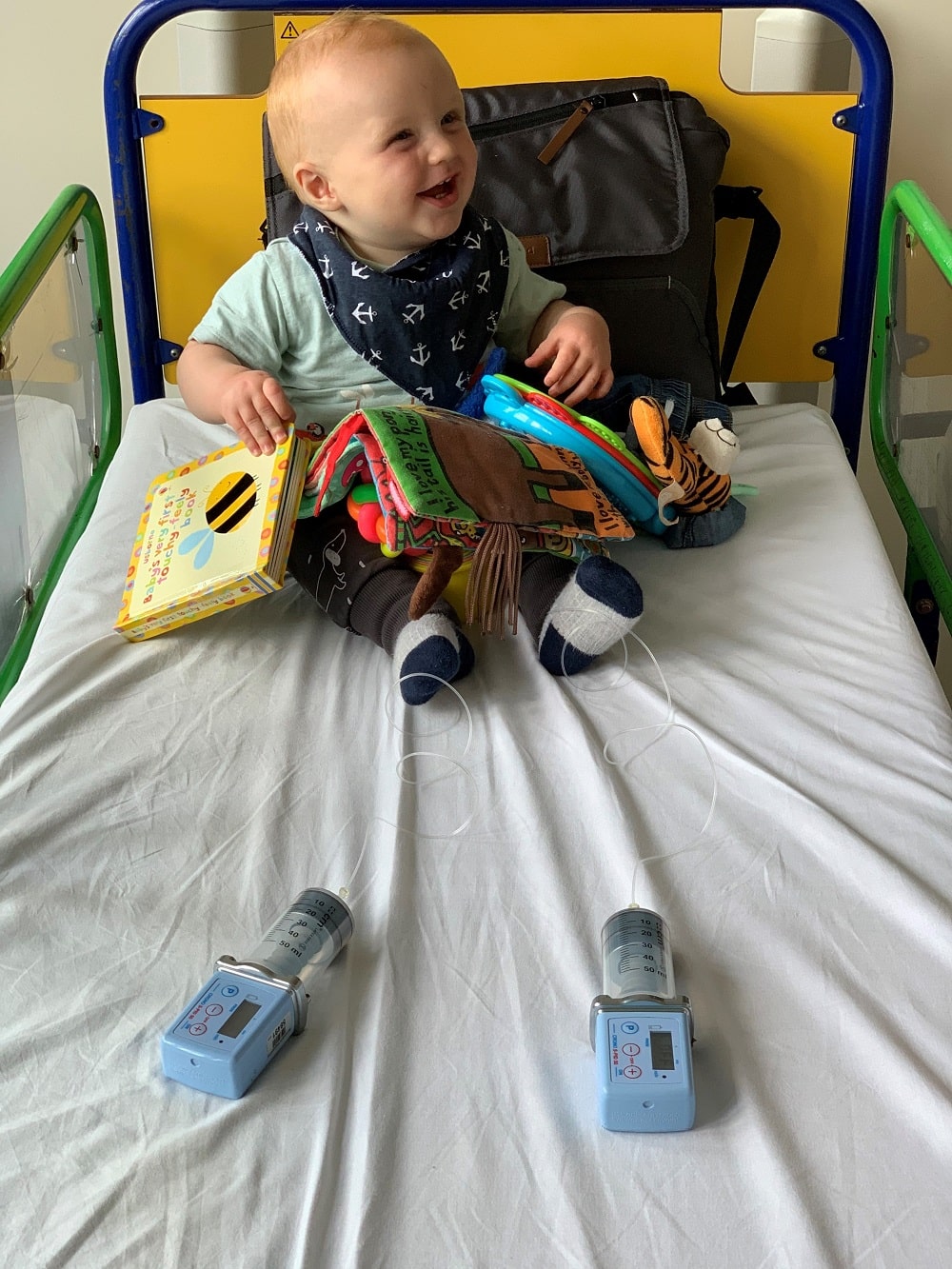 NHS Blood and Transplant was this year asked to start taking plasma donations to bolster long-term NHS supplies but the number of donors is far behind target.

Numbers are low because plasma donation for medicine is new to most people. Our research shows only two in ten people know about it.

We need to recruit another 30,000 active plasma donors before the end of March, to join the 10,000 people already donating, and help make long-term supplies more secure.

Around 17,000 people receive immunoglobulins each year, for PIDs and other disorders. Many are people who have been shielding during the pandemic due to their weak immune systems.

Dr James Griffin, a consultant haematologist and also Clinical Director for Therapeutics at NHSBT, said: “Some people like Sebastian are born without the ability to generate the antibodies needed to fight off infection.

“We are now able to identify more children and start lifesaving therapy with intravenous immunoglobulin and keep them alive.

“We need more donors to be able to make more of this life saving treatment to meet increasing need created by more patients being treated for longer.”

The impact of donating

Around 17,000 people receive immunoglobulins each year, for PIDs and other disorders. Many are people who have been shielding during the pandemic due to their weak immune systems.

Dr Matthew Buckland, British Society for Immunology spokesperson and Consultant Immunologist, said: “We are reliant on the generosity of donors to provide a supply of plasma. I would encourage anyone thinking of donating their plasma to come forward – your actions will save and transform the lives of the patients I treat.”

Maria Caulfield, Minister for Primary Care and Patient Safety, said: “Thousands of people across the country with rare conditions are in need of life-saving medicines, made from plasma. It’s not often you have the opportunity to help save a life – and, just like donating blood, taking a some time of your day to donate plasma is a simple, easy way you can help save someone’s loved one.

“I urge as many people as possible to play their part. Every contribution means more medicines can be provided to vulnerable people in the long term.”

Spokespeople and case studies are available.