Hayley Perks helped open the centre but sadly died from cancer, friends have set up campaign to donate in her memory. There has been a 34% increase in new blood donors since the centre opened a year ago.

Leicester Donor Centre celebrated its first birthday with the news there has been a 34% increase in new blood donors since it opened its doors.

Special guests included friends of Hayley Perks, the former policewoman from Houghton on the Hill who helped open the centre last October. Hayley benefitted from 67 blood and platelet transfusions during treatment for leukaemia but sadly died earlier this year.

The donor centre was formerly in Vaughan Way but was expanded and moved to Guildhall Lane to take advantage of Leicester’s young, growing, and diverse population of potential donors.

Karen Ellis, Leicester Donor Centre Manager, said: “We are delighted to mark one year since our donor centre in Leicester opened its doors. We have seen a remarkable 2,500 people sign up as new blood donors since we opened and hope to see this trend continue.

“We are very thankful to Hayley’s family and friends for their continued support. We were so sad to hear the news about Hayley and we hope she continues to inspire people – Hayley’s photo still hangs in the donor centre.

She added: “It’s easy to register to become a blood donor, and we need new donors every day. Our donor centres are bright and modern and they are the perfect place to make your first donation.” 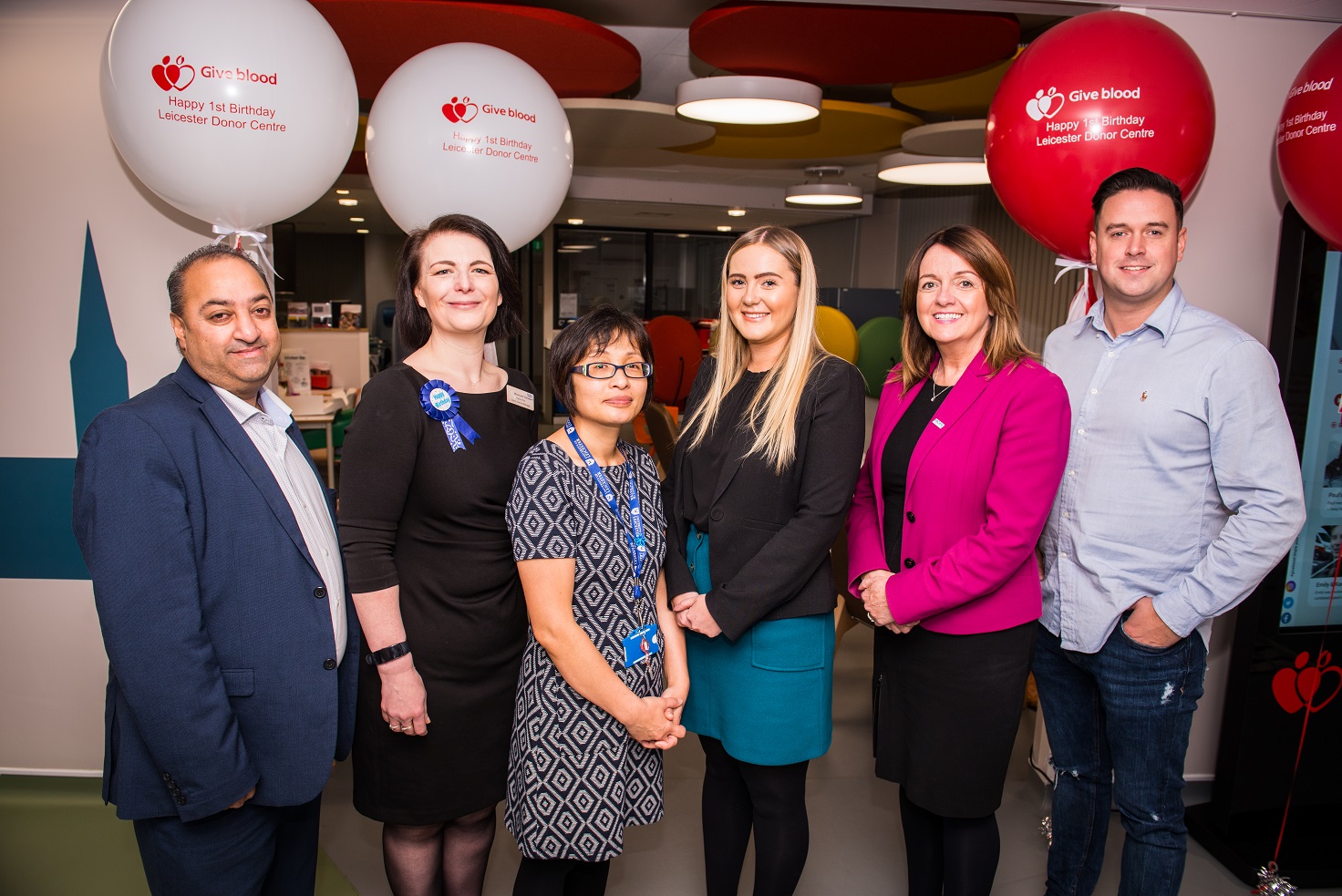 Eileen Richards MBE said: “As active participants throughout business and the community, we are proud to work closely with the donor centre to increase the amount of blood donations across our region by encouraging business leaders and their teams to take time out and donate blood.

“Our #BleedForHayley campaign has seen almost 100 people donate blood so far, in the aim to keep families together for longer. By the end of this year we expect to double this number.”

Kirit Mistry, Chair of South Asian Health Action Charity and NHSBT Midlands Organ Donation Ambassador said: “I am pleased to be working with the NHS Blood team on their first anniversary of the new blood centre to help engage Leicester's diverse communities – in particular the black, Asian and minority ethnic communities, as these communities are highest in need but with few donations coming from these communities.”

Register today and book an appointment:

Tips on booking an appointment to give blood at a time and place that suits you.

How the appointment system works