Hollywood A-Listers Benedict Cumberbatch and Elizabeth Olsen are calling on fans to ‘become a real-life hero’ by registering to give blood.

The stars of Marvel Studios’ Doctor Strange in the Multiverse of Madness, feature in an NHS Blood and Transplant video encouraging people to register to give blood. The short film, which includes clips from the movie, sees Cumberbatch and Olsen discuss the importance of giving blood, encouraging people that they can “be the hero in their own story and someone else’s, just by giving blood.”

Over 5,000 units of blood are needed every day. Blood is needed to treat patients with cancer, blood disorders and those suffering with medical trauma or undergoing surgery. Each donation can save or improve up to three lives.

Doctor Strange in the Multiverse of Madness is the second film in the Marvel Studios franchise to focus on Cumberbatch’s titular character. The Super Hero movie shows the characters moving in and out of different realities and traversing The Multiverse to save the world - but in the video, Cumberbatch and Olsen highlight that in the real-world, there’s no need for costumes and special effects to become a hero – many people have the power to alter reality and change timelines, because just one hour of your time can save up to three people’s lives. 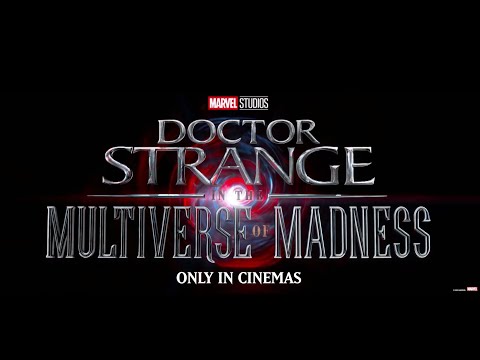 The video will be shared on NHS Blood and Transplant, The Walt Disney Studios UK and Marvel UK social channels to encourage new and existing donors to give blood. The content will also appear in a cinema foyer takeover on all digital screens at Vue Cinemas in Westfield Stratford City and Westfield London, with further coverage across both shopping centres.

It is hoped that the collaboration with Marvel Studios will inspire people to consider blood donation who may not have done so before. Donors with O positive, O negative and B negative blood types are especially needed right now, though all types remain in demand.

Zeeshan Asghar, Head of Commercial Partnerships for NHS Blood and Transplant, said: “Blood donors choose to make a difference, just like the Super Heroes in Doctor Strange in the Multiverse of Madness. We want to show the public that they already have the power to save lives just by giving blood.”

“We are delighted to have the support of Benedict Cumberbatch and Elisabeth Olsen. Our hope is to speak to people who may not have thought about blood donation before, and we believe our collaboration with Marvel Studios will help us reach this ambition”.

NHS Blood and Transplant launched its biggest ever blood donor recruitment drive in October last year. To make up for the fall in new donors during the pandemic, 100,000 new blood donors are needed to register to donate by Spring 2022 to future proof care.  Alongside a need for the new donors of the future, the pandemic continues to impact on the NHS today and existing donors, with blood stocks currently one day below the usual six day target due to a rise in covid-19 cases affecting existing donors and staff.

NHS Blood and Transplant continues to urge existing donors to help the recovery by sticking to their appointment or cancelling if they can’t attend so the appointment can be refilled.

Become a blood donor. You can also register by downloading the GiveBloodNHS app or calling 0300 123 23 23.

We’ve teamed up with Marvel Studios’ Doctor Strange in the Multiverse of Madness to inspire even more people to become heroes by giving blood.