NHS Blood and Transplant is urging men to match women in making becoming a blood donor their New Year’s resolution for 2019.

New figures released on 10 January 2019 reveal more than twice as many women as men in England became New Year blood donors in 2018.

Figures show that last year 13,719 women who registered last January became blood donors, compared to only 6,092 men 1 despite male donors being more likely to have blood that can be used for some products such as platelets and allogeneic serum drops to treat people with dry eye conditions 2. 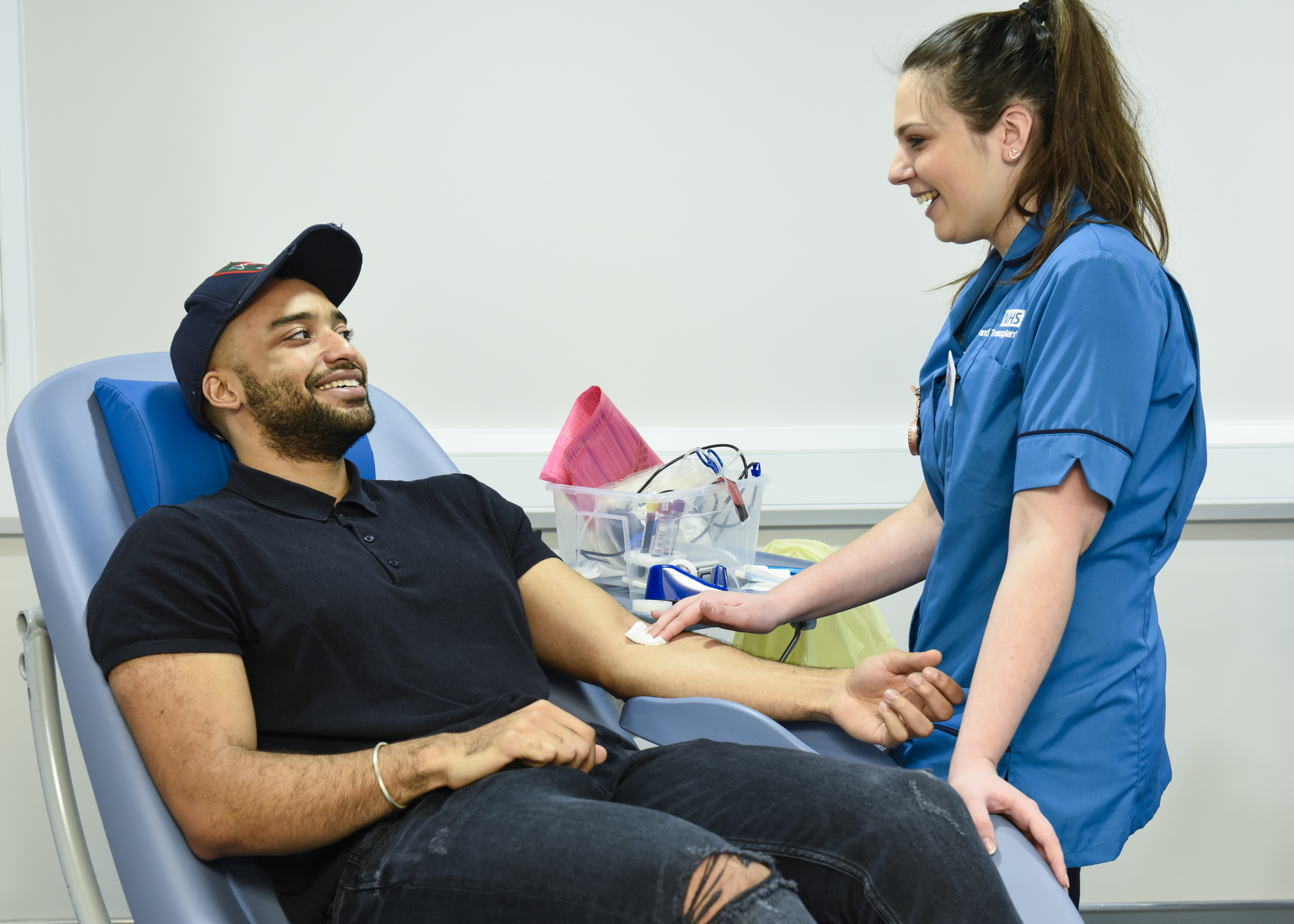 Donors of every gender are welcome, and men and women can have the same blood groups. However, men’s blood can contain fewer antibodies against red and white blood cells because women often make these antibodies during pregnancy. This means male blood can be more suitable for creating blood products used to treat patients 3.

Men also generally have higher iron levels than women, so they are less likely to be deferred from donating due to low haemoglobin.

NHS Blood and Transplant has been analysing donor recruitment trends and is now working on reaching more male potential donors.  Factors affecting male donor recruitment are thought to include the recent greater use of social media campaigns, which are more popular with women.

Mike Stredder, Director of Blood Donation for NHS Blood and Transplant, said: “It’s vital that more men start donating blood because their blood is used to provide life-saving products like plasma and platelets – to save victims of burns, car crashes and treat to patients with cancer.

“We’re incredibly grateful to all our female donors who are vital in providing lifesaving blood to those in need. But we need men to catch up with recent recruitment because their blood can have different characteristics which can make it important in certain situations.

“It’s more likely that we can use men’s blood to stop bleeding after injury or surgery. A recent study has shown that fewer men are scared of donating blood than women, so I would appeal to them to step up and be part of an already amazing group of people who have kept their resolution to give blood.”

By the second week in January, most people have broken their new year’s resolutions, but NHS Blood and Transplant is asking people, and especially men, to follow through on their commitment and give blood this year 4.

Martin Culley, a podiatrist from Liverpool, has been giving blood for almost 30 years and recently became a platelet donor. In October 2011, the 49-year-old found out just how vital his donations are when his son Tom was diagnosed with leukaemia.

“Tom received the most wonderful care and during his treatment he had numerous blood and platelet transfusions. I can’t thank people enough for giving blood and helping my boy through his treatment and recovery.”

Tom is now a healthy 9-year-old who is proud of his dad for donating blood to help other people who find themselves in a similar situation.

Martin said: “I have continued to be a blood donor since 1989 and have recently converted to donating platelets. I’m acutely aware of just how important blood donation is in saving people's lives. I've certainly no intention of stopping just yet. I would encourage everyone, especially men, to give blood as I’ve seen first-hand how important it is.”

Giving blood is quick and easy and just one donation can save or improve the lives of three people desperately in need of a blood transfusion.

Mike Stredder added: “Across England, 830,000 people gave blood in 2018. This year, we are asking people to make a resolution that makes you feel amazing and saves lives.

“We know lots of people often make a New Year’s resolution to give blood, but many don’t keep it. We need those who have taken the first step and registered to give blood to keep that resolution and make an appointment to donate.”

More than 200,000 new donors are needed to give blood every year across England to replace those who can no longer donate regularly due to things like ill health, foreign travel or pregnancy.

It is quick and easy to make, view and change appointments by calling 0300 123 23 23, using the GiveBlood app, or going online at www.blood.co.uk

What happens when you come to give blood?