The NHS needs more male donors to ensure a safe and sufficient supply of blood because they are more likely to be able to donate and their blood can often be used for products like plasma and platelets. The appeal is targeted at people near the 23 permanent donor centres because the donor centres have more capacity for new donors.

For National Blood Week, NHSBT brought together a mum who survived a crash with a male blood donor who saved her life, to inspire more men to start donating. 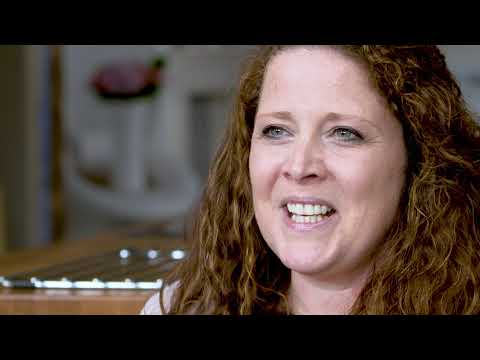 Emily Pringle was involved in a head on collision at more than 100mph combined speed on the A40 near Cheltenham in July 2018.

She suffered 27 broken bones: her neck was broken in two places, her back in two places, six ribs and her left foot. Her pelvis and right leg were both smashed in several places, and her right ankle was shattered. She also perforated her liver and spleen. 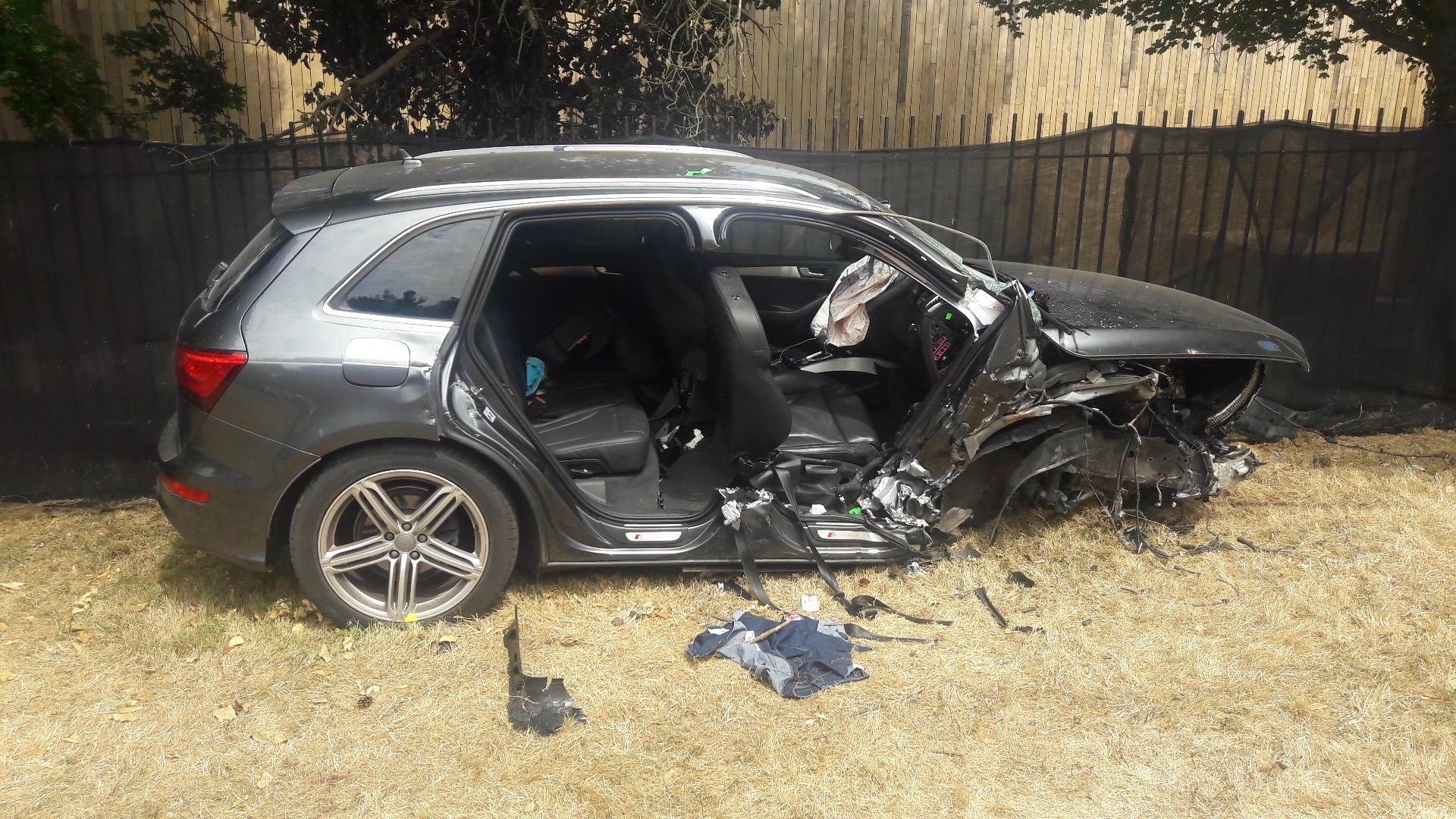 However, the most serious injury in the first instance was a ruptured carotid artery in her neck. She lost litres of blood due to internal bleeding. She was airlifted to Southmead Hospital, a Major Trauma Centre in Bristol.

Emily, a 42-year-old mum of one from Cheltenham, was put into intensive care and faced death from her injuries and blood loss.

Karl Kellner, 34, a married dad from Stafford who works as a senior graphic designer, had donated a few days earlier at a local donation session in the White Eagle Club.

His was one of five units of blood that was transfused and helped to save Emily’s life.

NHS Blood and Transplant worked with the hospital and used its donor database to bring Emily and Karl together to help inspire more men to donate.

Emily gave Karl a big hug as they met at the NHS Blood and Transplant centre in Vincent Drive in Birmingham.

An emotional Emily told Karl: “Your blood played a major, major part in keeping me alive and I am very grateful.”

After the meeting they headed into Birmingham blood donor centre, where Karl gave blood alongside Emily’s partner Neil Bravington, aged 45, a consultant from Gloucester.

Karl said: “I was quite nervous before the meeting but it was an amazing experience to meet someone that you have helped. It was a very special day and one I will remember forever.

“Every time I donate now, I will be thinking in the back of my mind that this is something that will change another person’s life.”

Karl started donating at university and restarted again recently. He has now given blood 12 times.

Karl, a Manchester United fan who also enjoys charity runs, added: “I know it’s important that men especially get out there and donate. Men’s blood can be used for more products like plasma and platelets. One blood donation can save up to three adult lives.”

Emily, a divorce consultant, said: “I was intrigued to meet Karl. I wanted to give him a big hug and say thank you. It was both a great and a fun day.

“I owe people who donate blood my life. It’s as simple as that. It’s so important for people to donate regularly.”

This trend of more and more women registering compared to men has been rising for the past five years. Donors of every gender are welcome, and blood types are not gender specific. However there are two factors which make a strong number of male donors essential for a safe and efficient supply of blood to hospitals.

Men generally have higher iron levels than women, so they are more likely to be able to donate on any given day. Donors with low iron levels cannot donate to protect their own health.

And, during pregnancy, women can make antibodies, part of the body’s defence system. (4) That makes it easier to match men’s blood to patients and also easier to use their blood in products such as plasma and platelets, which are used for patients with cancer, major blood loss, burns injuries, and more. 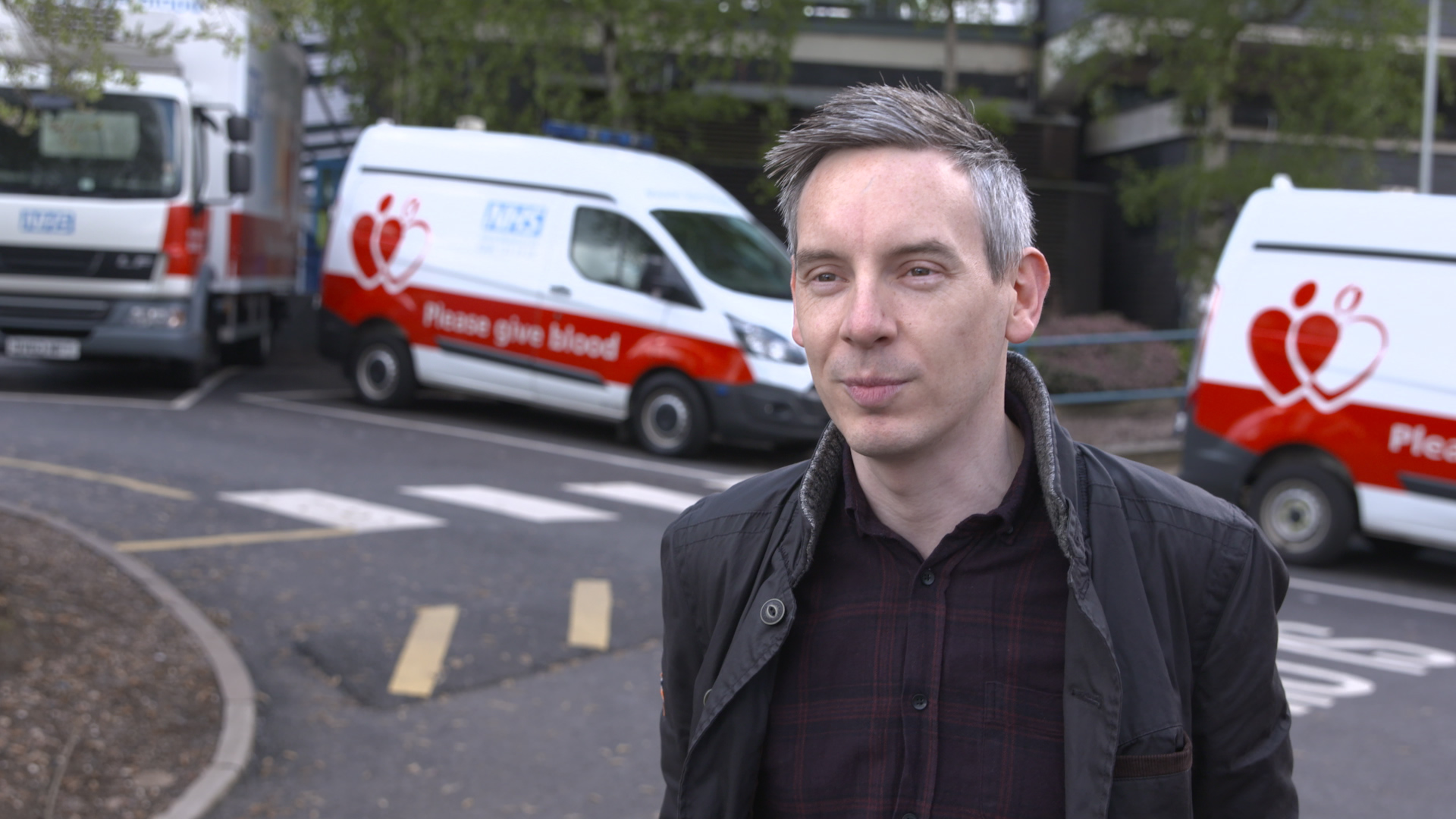 NHS Blood and Transplant is currently analysing donor recruitment trends to understand the reasons for the decline and is now working on reaching more male potential donors.

NHSBT has reduced its overall number of donors in recent years because modern hospitals use less blood. However the decline in new male donors far outstrips the decline in female donors. The number of females donating blood in 2018/19 is only down by 6% compared to 2013/14. There is an urgent need for more new male donors to rebalance and strengthen the donor base. (5) 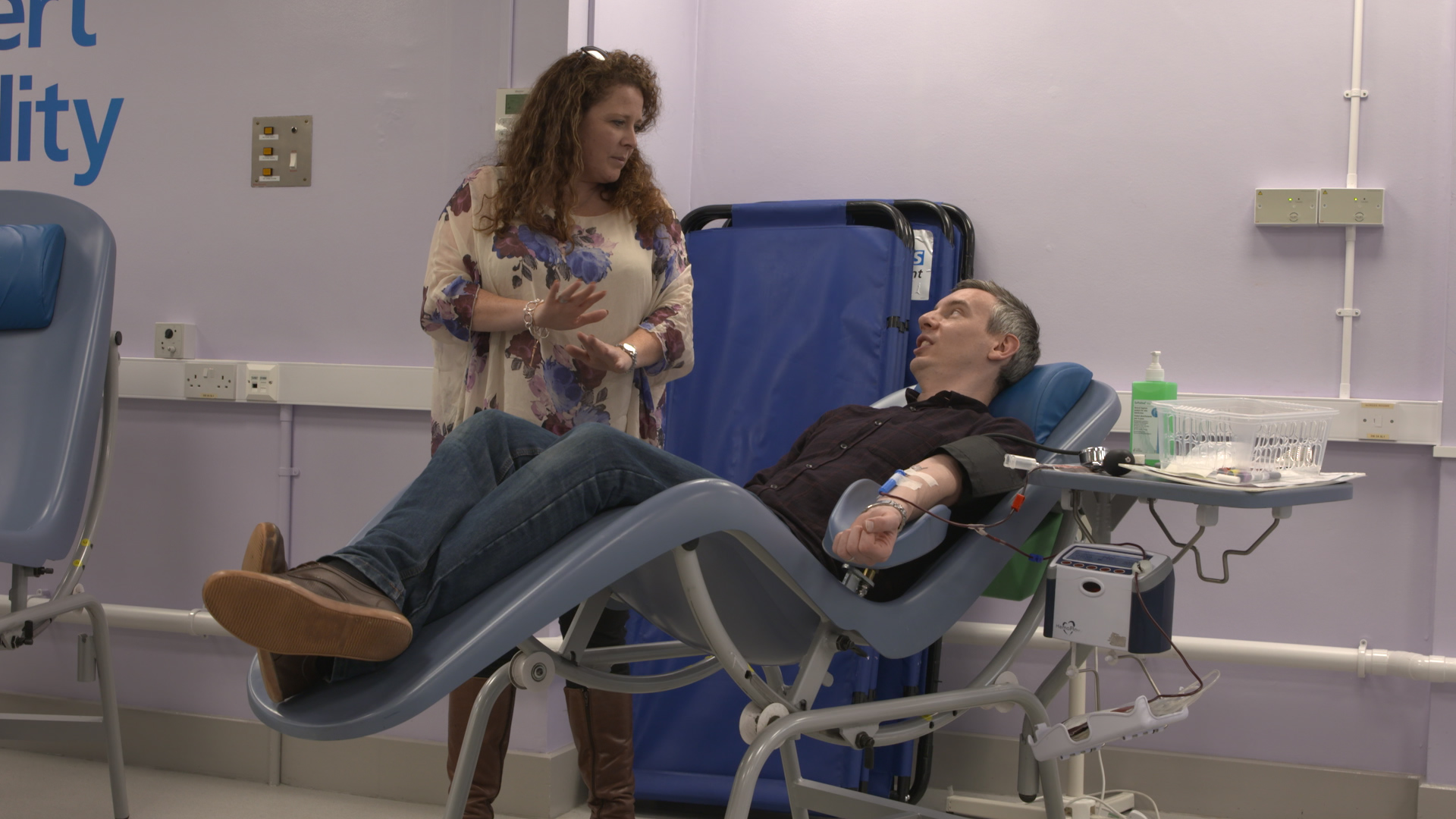 Mike Stredder, Director of Blood Donation for NHS Blood and Transplant, said: “Karl and Emily’s story is amazing and we need more men to start their own blood story.

“Currently around two thirds of all new donors are women. We need more new male donors to address the worrying long-term decline in male donors.

“Men are more likely to be able to donate, and able to help more patients with each donation, so we need a new generation of young male donors, to ensure our donor base is strong enough to keep supplying lifesaving blood to hospitals.

“We can assure men out there that blood donation is an amazing experience that you can feel proud of. Giving blood is quick and easy – we aim to have you in and out within an hour but the actual donation itself should only take around 10 minutes.”

(4) Women can create antibodies if their baby’s blood enters the mother’s bloodstream. The antibodies make it more likely someone receiving their blood would have a transfusion reaction.

(5) The amount of blood we need to collect has declined in recent years. This is because hospitals use less blood. This is down to two key things; hospitals have more modern treatments such as key hole surgery that result in less bleeding. And secondly hospitals have better guidelines to know whether a patient really needs a transfusion or not. All transfusions carry some risk so is always best to avoid a transfusion unless it is necessary.

There are four main blood groups – O, A, B and AB. O negative (the universal blood group) and B negative are particularly vulnerable to shortfalls. So, we want people with those blood groups to donate as regularly as they can.

Emily, Karl and spokespeople are available for interview.

The media is welcome to use the video and there are more photos available.